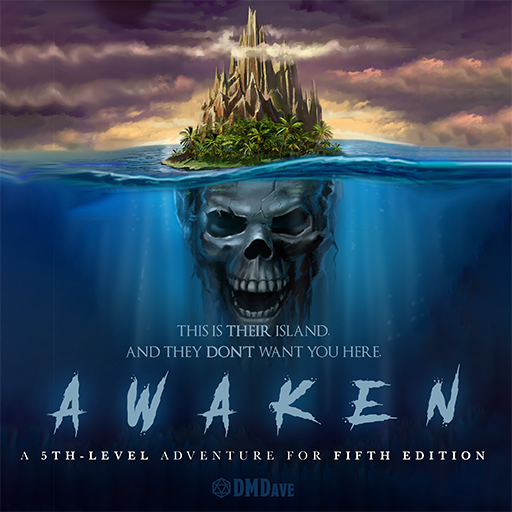 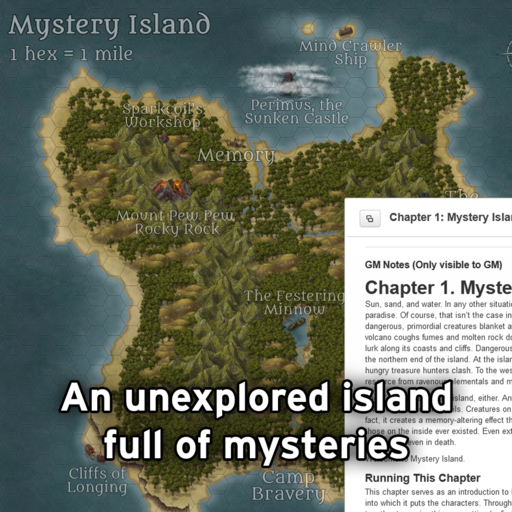 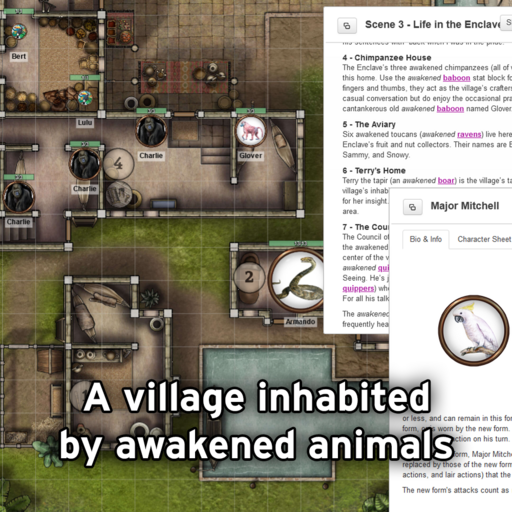 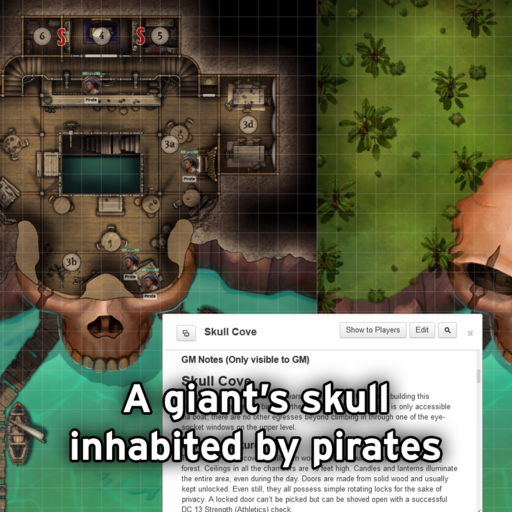 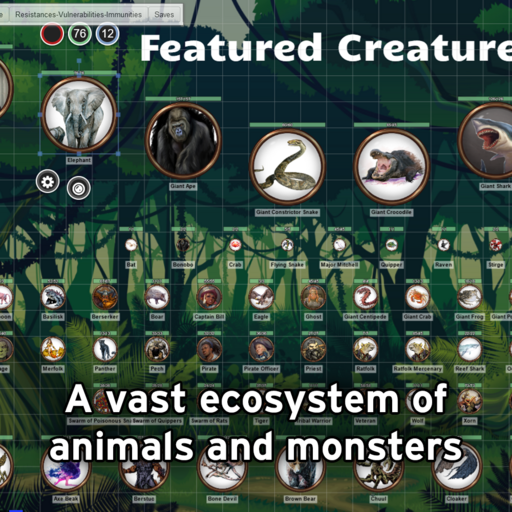 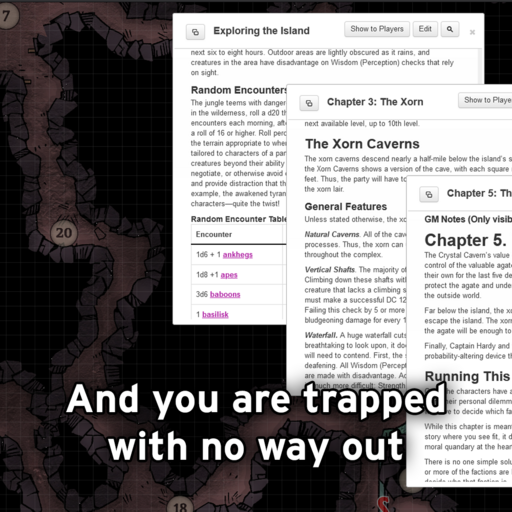 Survive the island and the competing factions in this mystery-themed adventure sandbox!

Awaken is a Fifth Edition adventure for three to five characters of 5th to 7th level and is optimized for a party of four characters with an average party level (APL) of 5. Although the adventure sees a fair amount of combat, it also requires critical thinking and roleplaying. Players who only wish to fight their way out of situations may not enjoy this adventure.

Far out in the middle of the ocean stands an island of sand, rock, jungle, and creatures. This island isn’t on any map. It isn’t in any history books. No sea shanties share songs of its existence. No, this island is a total mystery. For centuries, it’s trapped explorers, both domestic and extraterrestrial, within its watery borders. Humanoid, animal, fiend, or celestial, no one has ever been able to escape Mystery Island.

Awaken: War for the Crystal Cavern

They say there are two sides to every story. In this adventure, there are three.

The first side of the story involves a colony of intelligent, talking animals. Brought to sentience through druidic magic fifty years ago, these animals believe it is their duty to protect a cavern full of agate gems. Agate, as it so happens, is the key ingredient to awakening new creatures. So long as the cavern remains, these creatures can continue to awaken more of their kind.

However, the agate also serves other purposes. Xorn, the strange, three-legged creatures from the elemental plane of earth, see agate as a delicacy. In fact, its properties function for xorn much in the same way goodberries function for humans. Just one small sliver of the banded gem can feed a single xorn for an entire month. Having already exhausted their food supply, a small group of xorn, trapped on the island themselves, need the agate to survive.

Also, agate is the key ingredient to the magic item luck stone. Not too far from the animal’s enclave, a band of similarly trapped pirates believes that the probability-altering properties of the agate can help their ship, the Leviathan, escape the island and the invisible wall surrounding it.

Three factions—none of whom are inherently evil—vie for control of the agate. So far, this War of the Crystal Cavern has been a cold one. However, the introduction of the characters will be sure to tip the scales into the favor of one or more of the factions.

This adventure references other adventures and locations within Mystery Island. While they aren't necessary to complete this adventure, they will expand the story and allow for play through the 10th level. These adventures include:

Install this Add-On via the dropdown menu in the Game Addons section of the Game Details Page. Select Awaken: A Fifth Edition Island Intrigue Adventure and click on the blue Add to Game button beside the drop-down menu.