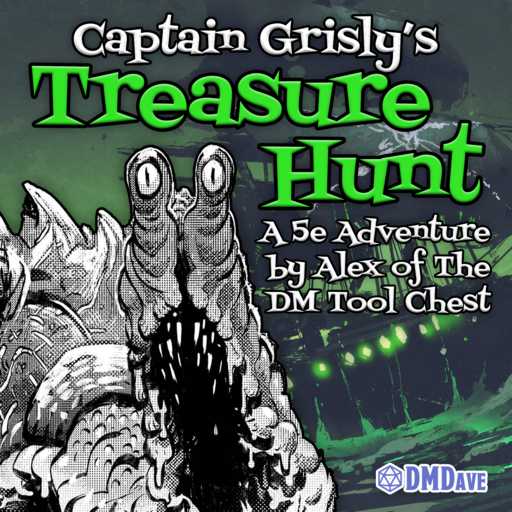 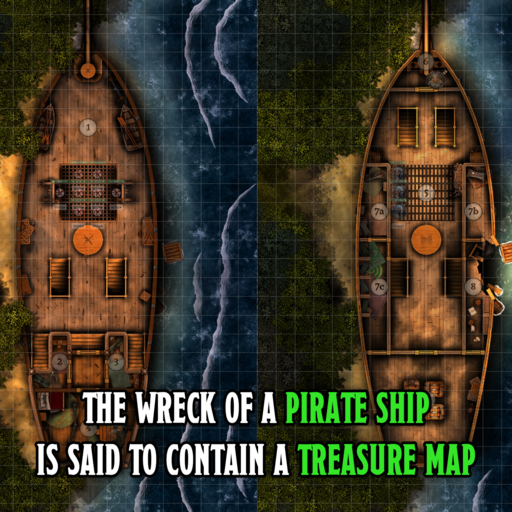 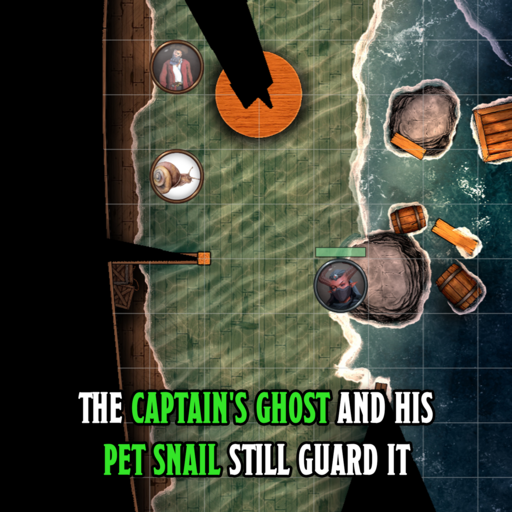 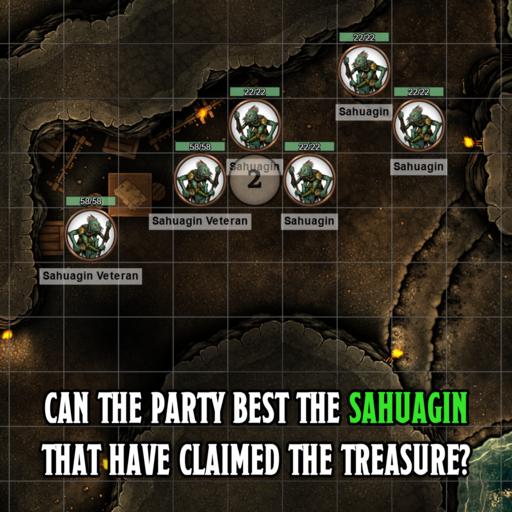 Can you find the map and follow it to the hidden treasure?

Captain Grisly's Treasure Hunt is a two-part Fifth Edition adventure for three to six 5th- to 6th-level characters, optimized for a party of four 5th-level characters. This adventure is set on the mysterious Asboro, Isle of Oddities, but can be placed into any campaign with dangerous jungle environments.

The infamous Captain Grisly, a fearsome pirate, is said to have buried his treasure on Asboro, the Isle of Oddities. Rumor has it that the map to his treasure can be found on the island within the wreck of his ship, etched directly onto the shell of his beloved pet: a menacing caustic snail which still roams the wreck in search of its master. What are the characters willing to risk for the chance at fabulous fortune? Can they brave the horrors of the shipwreck to recover the map? And once they have the map, where will their search take them next?

Captain Grisly had long promised to conquer Asboro, Isle of Oddities, and become the ruler of the strange island. After a lifetime of raiding and pillaging, Grisly was one of the first to seek to map the shores of the mysterious island, and whether or not he completed this task depends on which version of the story is being told. Most commonly, the story goes that Grisly chose Asboro as the place where he would bury his treasure, knowing that such a mystifying and dangerous place would deter petty looters. Once the treasure was in the ground, Grisly etched a map to its location directly into the shell of his beloved pet, a caustic snail named Speedy.

Years later, an intrepid group of explorers from the mainland established a basecamp on the south shore of Asboro named Camp Bravery. Treasure hunters, adventurers, thrill junkies, and those with a death wish have come to the island to find what they seek. One such treasure hunter, a man named Silas, has ventured into Asboro's jungles and has seen the wreck of The Festering Minnow. He has also seen that it is infested with the undead. Unable to recover Grisly's map from the wreck alone, he has returned to Camp Bravery to find adventurers willing to explore the wreck with him to recover the map to Grisly's treasure.

The characters will have to brave the wreck's danger, their employer's hidden designs, and finally a trek through the jungle ending in a sahuagin-infested cave to claim Captain Grisly's Treasure for their own.

Install this Add-On via the dropdown menu in the Game Addons section of the Game Details Page. Select Captain Grisly's Treasure Hunt and click on the blue Add to Game button beside the drop down menu.