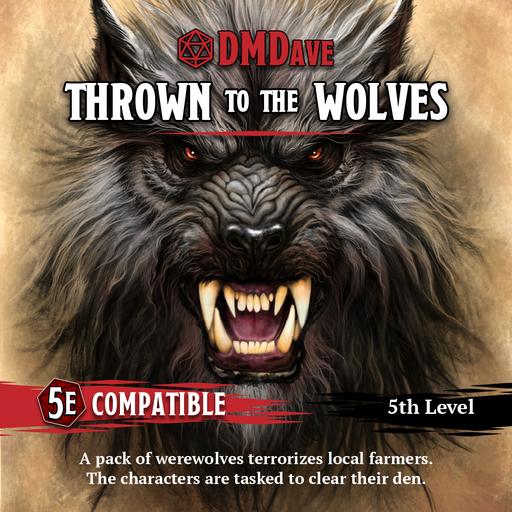 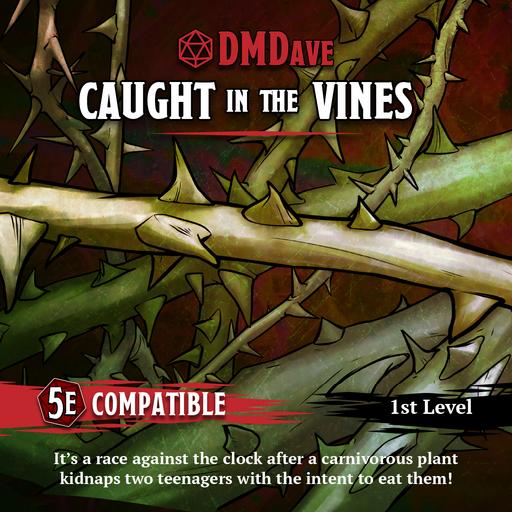 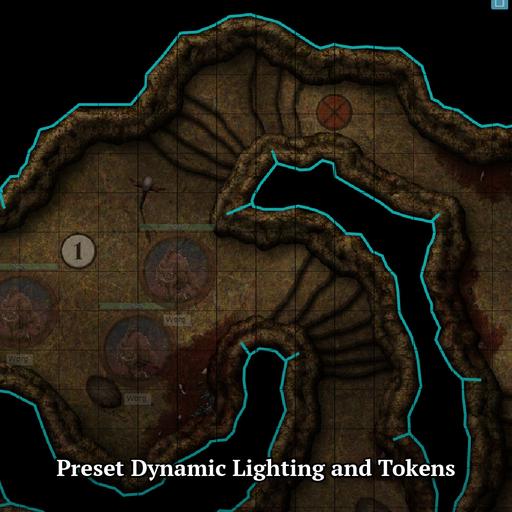 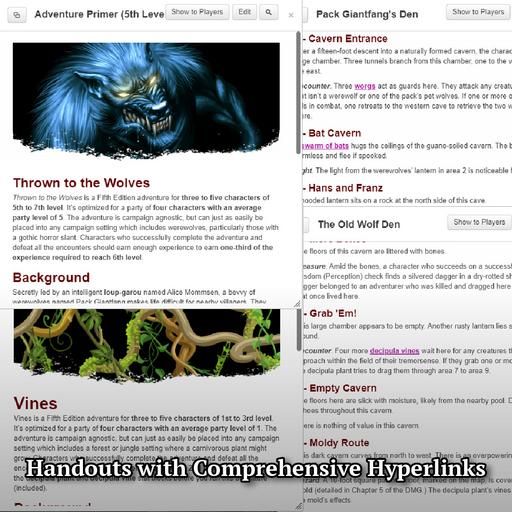 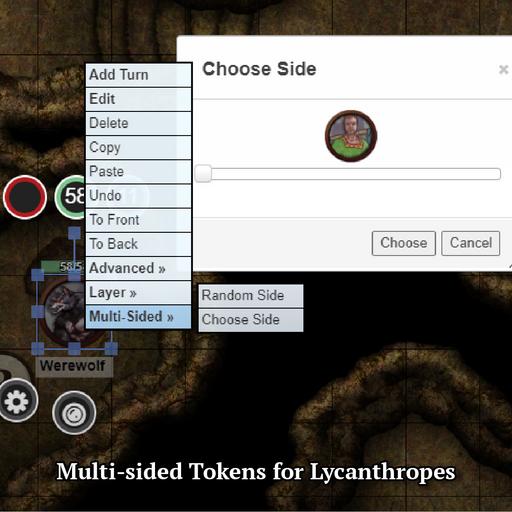 Thrown to the Wolves

Get two Tier 1 adventures for the Old Wolf Den Map

Thrown to the Wolves

Thrown to the Wolves is a Fifth Edition adventure for three to five characters of 5th to 7th level. It’s optimized for a party of four characters with an average party level of 5. The adventure is campaign agnostic, but can just as easily be placed into any campaign setting which includes werewolves, particularly those with a gothic horror slant. Characters who successfully complete the adventure and defeat all the encounters should earn enough experience to earn one-third of the experience required to reach 6th level.

Secretly led by an intelligent loup-garou named Alice Mommsen, a bevvy of werewolves named Pack Giantfang makes life difficult for nearby villagers. They hunt the young, eat livestock, and spread terror across the land. The werewolves live in a natural cave system to the northeast of town. There, they lure unsuspecting prey to maim and devour. They do not share their lycanthropic curse, as Mommsen has no interest in expanding her pack. As long as Pack Giantfang remains, it’s impossible for local farmers to earn a living.

Caught in the Vines

Caught in the Vines is a Fifth Edition adventure for three to five characters of 1st to 3rd level. It’s optimized for a party of four characters with an average party level of 1. The adventure is campaign agnostic, but can just as easily be placed into any campaign setting which includes a forest or jungle setting where a carnivorous plant might grow. Characters who successfully complete the adventure and defeat all the encounters should earn enough experience to reach 2nd level. Be sure to review the decipula plant and decipula vine stat blocks before you run this adventure (included).

Deep in the bowels of an old series of wolf caves, a decipula plant has taken root in a pool of spring water. Fed by the magical energy from gem stones far below the surface, the decipula grew beyond its normal size. First wild animals went missing near those old caves. Then livestock. Hunters in the area kept warning folks not to go near the old wolf den, claiming the vines around it were alive. But the Lichtenberger boys, the village mayor's twin sons, just wouldn't listen.

The pair approached the cave with one of Heir Pfisterer's goats to see what would happen. Instantly, a pair of vines grabbed the goat and dragged it into the cavern. Shocked, the boys didn't notice when two more vines snuck up and grabbed their ankles. Their two friends who watched the affair ran back to the village to grab the mayor and the guards.

Install this Add-On via the dropdown menu in the Game Addons section of the Game Details Page. Select Thrown to the Wolves and click on the blue Add to Game button beside the drop down menu. 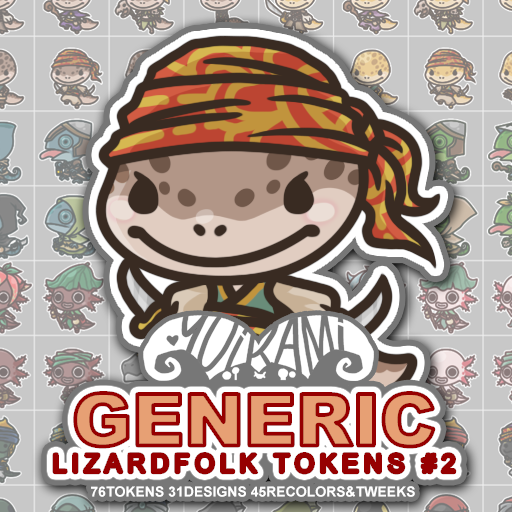