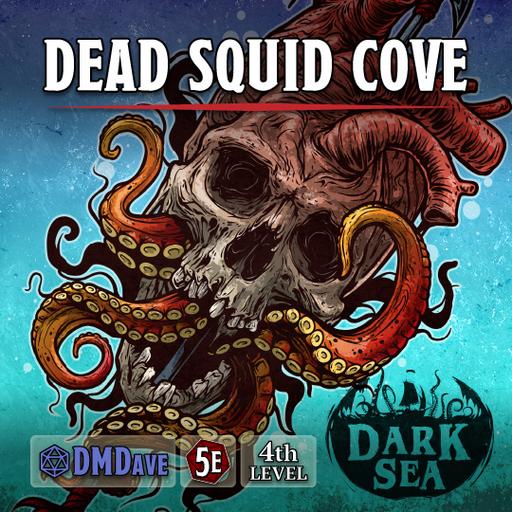 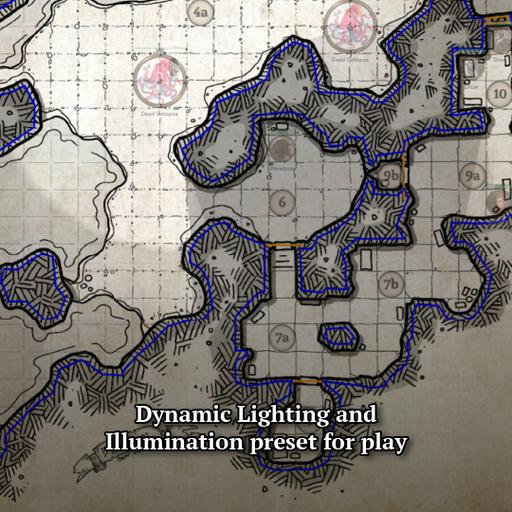 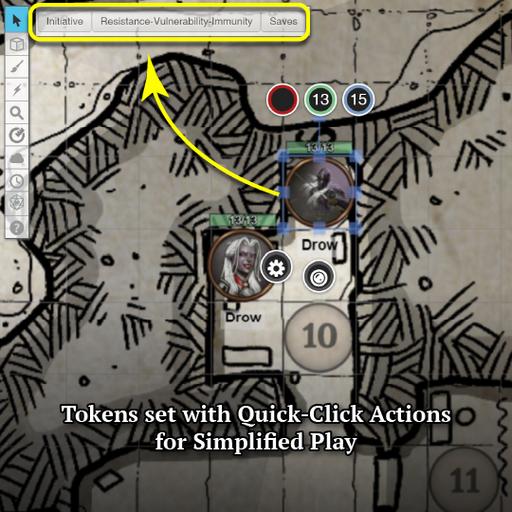 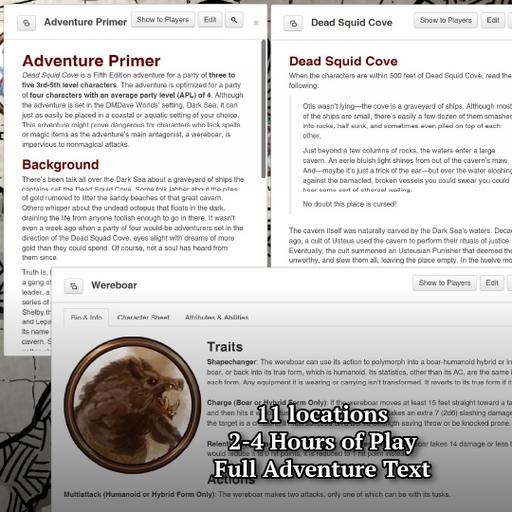 Prevent a war by recovering a missing shipment in this fast-paced dungeon crawl!

There’s been talk all over the Dark Sea about a graveyard of ships the captains call the Dead Squid Cove. Some folk jabber about the piles of gold rumored to litter the sandy beaches of that great cavern. Others whisper about the undead octopus that floats in the dark, draining the life from anyone foolish enough to go in there. It wasn’t even a week ago when a party of four would-be adventurers set in the direction of the Dead Squad Cove, eyes alight with dreams of more gold than they could spend. Of course, not a soul has heard from them since.

Truth is, Dead Squid Cove is nothing more than the clever invention of a gang of bandits callin’ themselves Corrupted Waters. The gang’s leader, a feisty wereboar named Corkscrew Colton, discovered a series of caverns while escaping the law. With the help of his lover Shelby the Ruthless, and a pair of drow goin’ by the names Arascu and Lepalo, Colton turned the cavern into a death trap. The cove gets its name from the giant squids the posse catch and hang around the cavern. Sound carries strange in the old caverns, so folks who’ve gotten close enough to the trap-ridden waters near the cover and escaped tell tales of ghostly octopuses spookin’ up the place.

Problem is, the Corrupted Waters picked a fight they shouldn’t have. A boat full of nobles carrying important treaty documents got themselves lost on the way to their destination. Colton and the rest killed the nobles, and now things have turned sour between the two nations depending on those documents. Now, war’s a-brewin’. Someone better find those documents and find them fast, or else!

Install this Add-On via the dropdown menu in the Game Addons section of the Game Details Page. Select Dead Squid Cove and click on the blue Add to Game button beside the drop down menu.