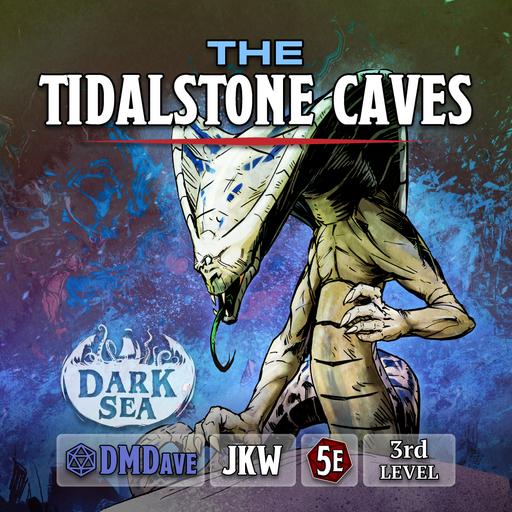 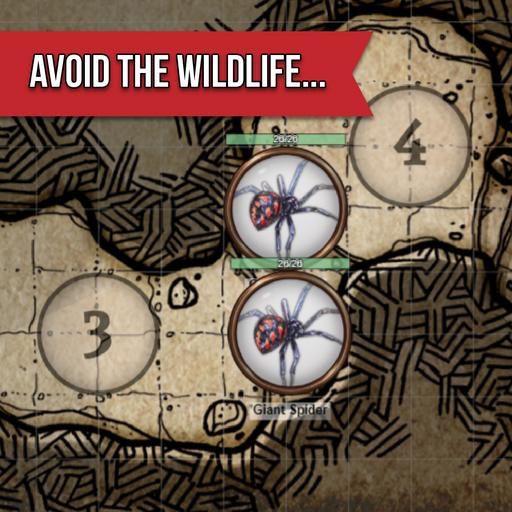 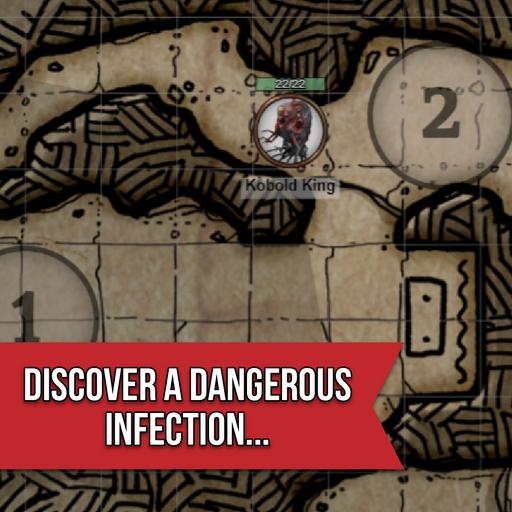 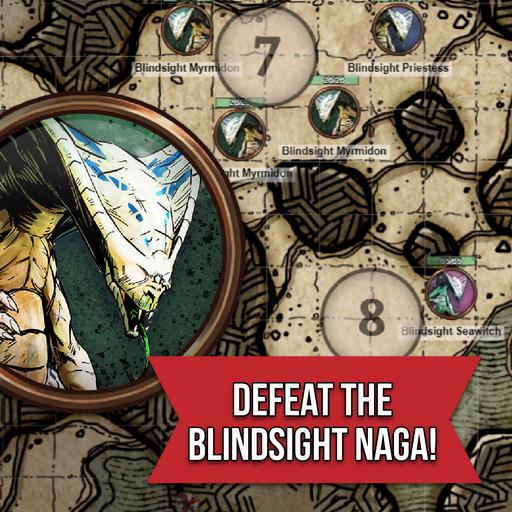 Stop the Blindsight Naga Seawitch from corrupting a powerful magical artifact in this sea-based adventure!

The Tidalstone is designed for three to five 3rd-level characters. The adventure takes place in the DMDave Worlds' Dark Sea setting, but can be incorporated into any campaign that has an ocean with underwater caves. As the characters become acquainted with life in Osethlume, one of the Three Ports that control the Dark Sea region, they begin to hear whispers of “ghosts on the waves” and how the sea itself is beginning to die. A young woman hires the characters to dive into the black waters and search for the undersea caves that contain Osethlume’s Tidalstone. There, they find that the Blindsight Naga--the “ghosts on the waves”--are corrupting the artifact.

The city of Osethlume is one-third of The Three Ports triumvirate that rules the Dark Sea, due to the Tidalstone resting somewhere beneath the city. Though the port’s ruling council would never publicly admit that it knows not where the stone lies, rumors abound that the city’s authority isn’t as ironclad as once thought. Such rumors are beginning to push sailors and commoners alike into the life of piratry with greater frequency. Charismatic and spirited captains such as Laeldraaer of The Black Shrike offer the disenfranchised an opportunity to cast off the yoke of The Three Ports in exchange for a life of freedom--but that, of course, is only half the truth.

Laeldraaer in secret has seized one of the Spears of Ktji, and has used it to awaken the Blindsight Naga from their primordial slumber. These loathsome creatures now do her bidding, sowing chaos in the Dark Sea through disease, violence, and corruption. Led by their fearsome Seawitches, these Naga are cunning opponents; there will be no field battle for The Three Ports, who have for centuries relied upon their navies to dominate the waters. Instead, the Seawitches have begun targeting those objects that are most precious to the triumvirate and the greater ecology of the Dark Sea: the Tidalstones themselves.

The Blindsight Naga Seawitch in charge of corrupting Osethlume’s Tidalstone goes by the name of Izaara, the Second Risen. Though not the strongest of Laeldraaer’s lackeys, she is yet a powerful sorceress and capable tactician; she has claimed the city’s undersea caves in secret, fouling the magical resonance of Osethlume’s Tidalstone and warping the ebb and flow of its life-sustaining currents.

The very pulse of life is under assault, and still the ruling council of Osethlume does nothing. Thus the task of rescuing the stone from total destruction falls to a group of brave adventurers and their unlikely employer.

Install this Add-On via the dropdown menu in the Game Addons section of the Game Details Page. Select The Tidalstone Caves and click on the blue Add to Game button beside the drop down menu.