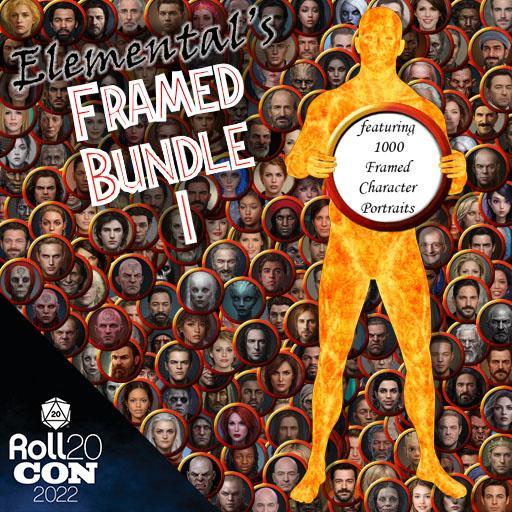 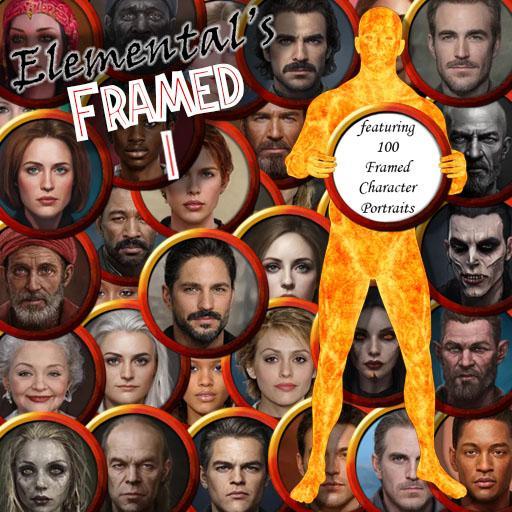 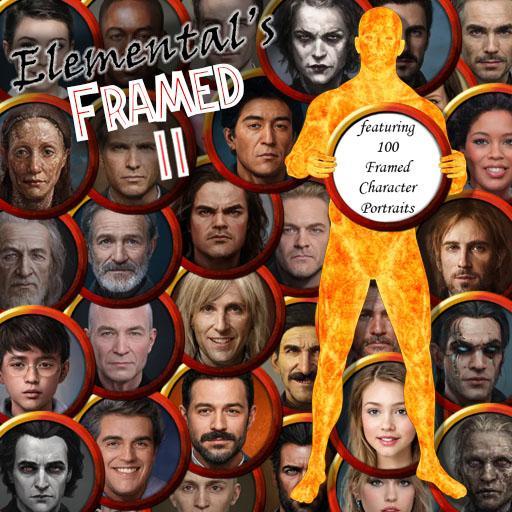 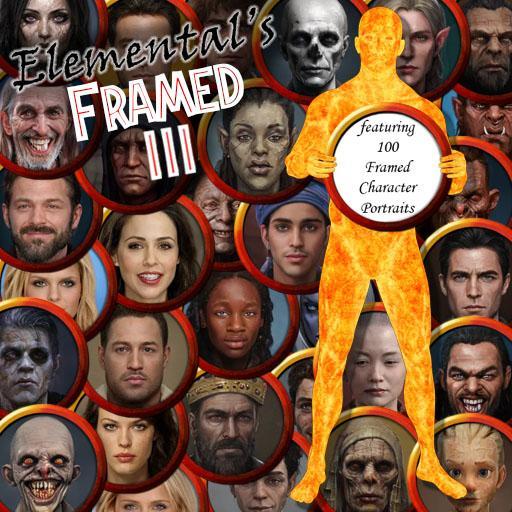 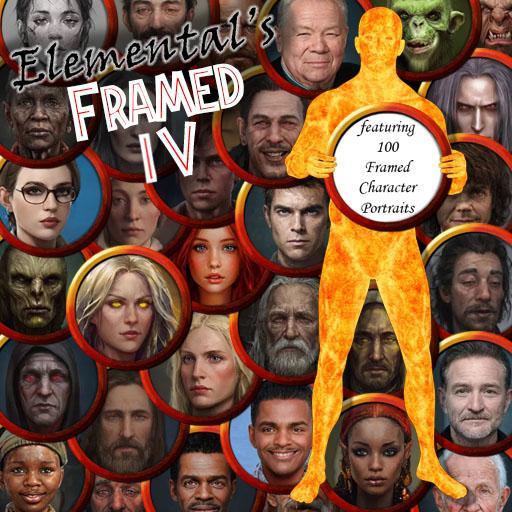 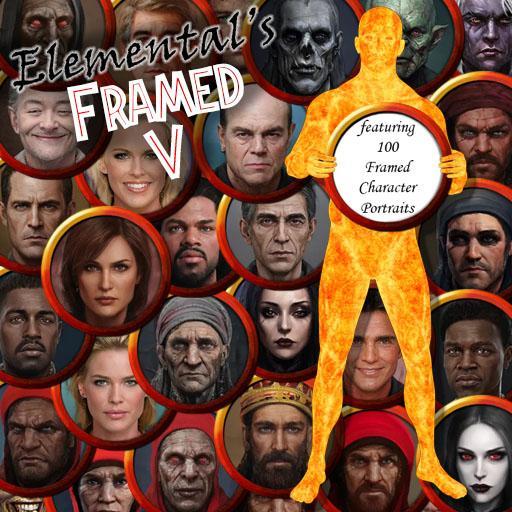 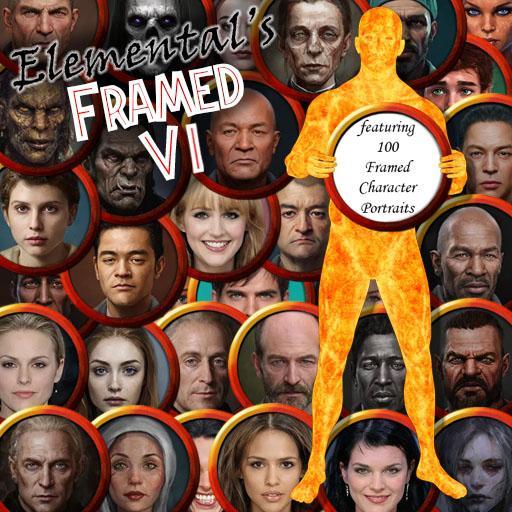 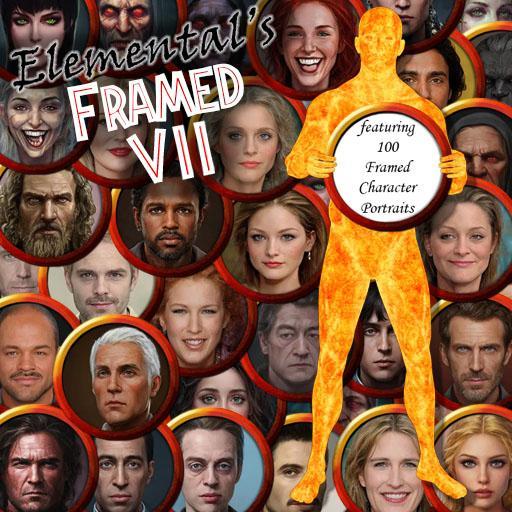 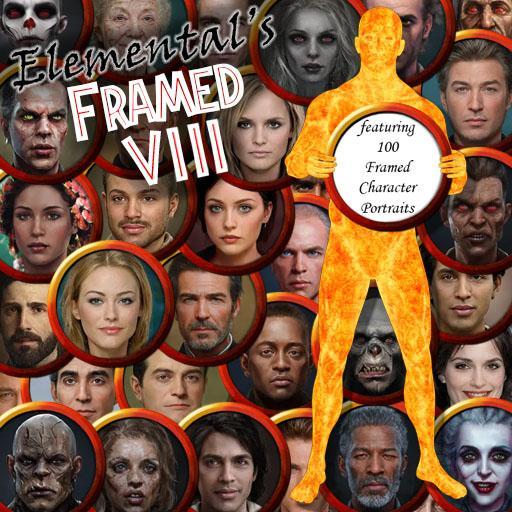 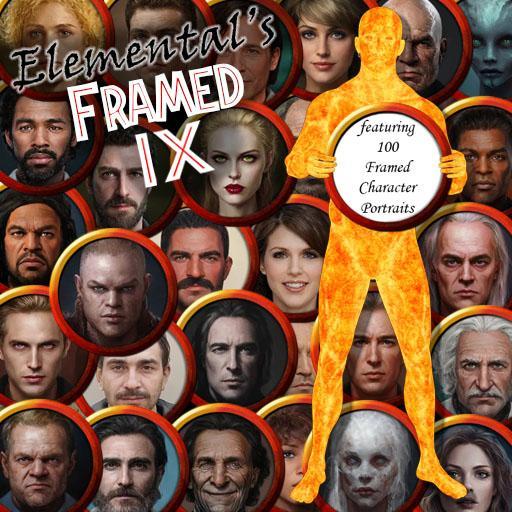 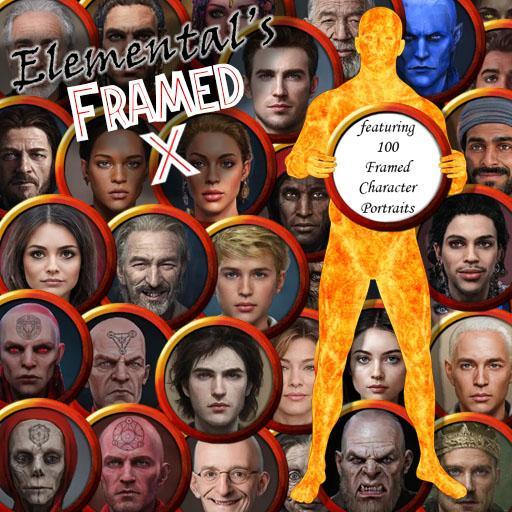 In celebration of Roll20Con I am releasing my entire Framed product line at a deep discount! In this bundle you will find a total of 1,000 bordered tokens ready to be dropped directly onto your VTT to add more flavor to your campaign. These portraits, generated using the ubiquitous artificial intelligence software that swept the internet this summer, can be used to replace the default token in groups of NPCs to make each enemy look different.

Enlarge. Every token in this set is designed to fit into a 1x1 square when you drop it onto the VTT but the resolution of the image allows you to increase the size to 3x3 before you would see a quality drop off. So don't be afraid to cast that enlarge spell!

Powerful Roll20 Features. These bordered portrait tokens are best used in rollable tables to create Multi-Sided Tokens. Multi-Sided Tokens allow you to have multiple pictures represent a single character sheet. When you pull your NPC onto the VTT you can right click on them and randomly choose a portrait from the rollable table. One NPC, such as a bandit, can appear in groups with each one looking different but still retaining the statistics of the NPC.

Taking Advantage of Mods. If you are a Pro User then you can leverage the skill of Roll20's talented community of scripters to make your task as a Dungeon/Game Master easier:
• Mods like The Aaron's TokenMod allow you to quickly assign a character sheet and stats to a token on your table.
• Keith Curtis wrote the Faces script which has an intuitive user-interface that helps you build multi-sided tokens from uploaded art.

Using Mods like these unlocks the full potential of tokens like mine and other talented marketplace creators. Mix and match and take your game to the next level of immersion!

Note: When using Keith Curtis' Faces Mod you cannot use art assets dragged out from marketplace purchases. You must instead download the assets you want to use and upload them into the game.

Credit Where Credit is Due. These portraits are generated using the Artflow Platform with a Creative Commons license for commercial use. The token frames are licensed for commercial use from Heroic Roleplaying Press.

Disclaimer: This product contains assets that were procedurally generated with the aid of creative software(s) powered by machine learning.