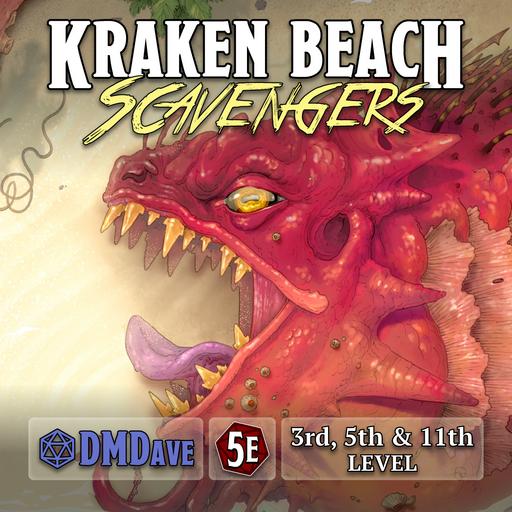 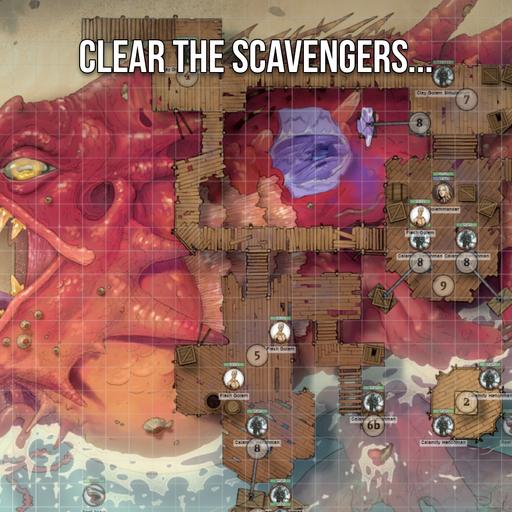 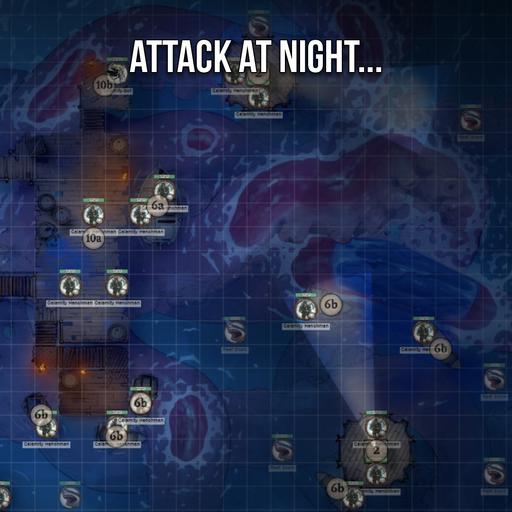 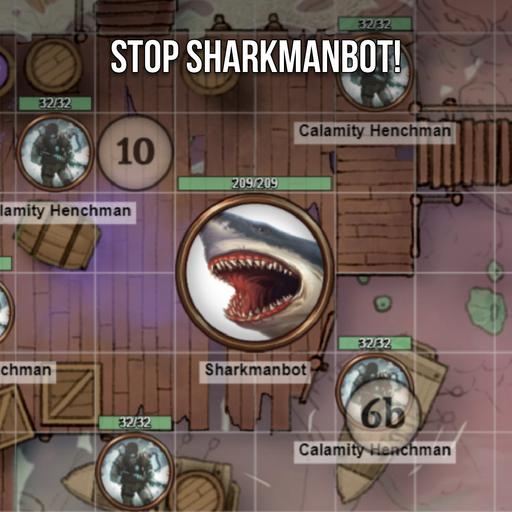 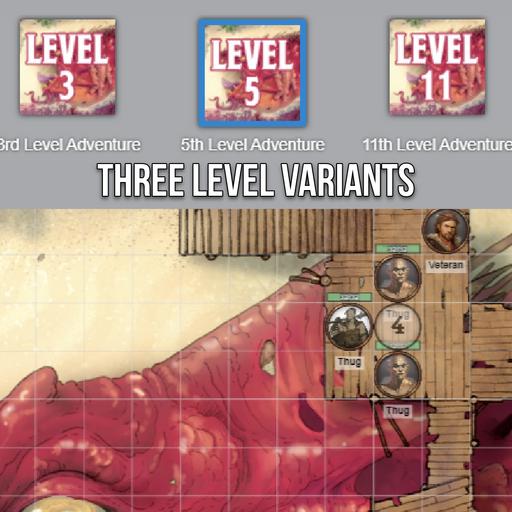 Clear the beach and fight across the body of a dead kraken in this action-packed battle!

Kraken Beach Scavengers is a Fifth Edition adventure for four to five characters. This document includes rules and encounters for three tiers of play, allowing characters with an average party level of 3, 5, or 11 to play through the adventure. This adventure is setting independent, and can easily be inserted into any campaign world where a beach or island would fit. In the Legends of Omeria campaign setting, this adventure could be set in southern Odonburg or Elsath island, or even in the Dark Sea.

Huzzah! Amadex the Kraken was finally killed by the Dinzer navy. The colossal creature sunk into the south ocean and vanished, carried away by the underwater currents. Months later, Amadex washed up on the shores of a beach hundreds of miles from where it met its fate in Suen’s Clutch. Now, a party of vile scavengers have made its claim on Amadex’s corpse. Recognizing that it won’t be long before the Dinzers arrive and take over the operation, the scavengers are working quickly to remove flesh and vital organs from the creature’s corpse in hope to sell the remains as magical components.

While the Dinzer Navy organizes its response, it tasks the characters to travel to—what’s now being referred to—Kraken Beach. Their mission? Get to the beach, stop the scavengers from scavenging, and hold the island until the cavalry arrives.

Who is the Villain?

Characters with an average party level of 3 will go toe-to-toe with the bugbear raider, Thraq the Unbelievable. She leads a group of nasty hobgoblins, kobolds, goblins, and ogres. Already, Thraq has a lead on a buyer for the kraken parts. All she has to do is make sure that her mooks can get everything loaded up on their ships before the Dinzers show up.

Redemption for the Cursed (5th Level)

Characters of 5th-level or higher must face the tiefling assassin Redemption for the Cursed and her gang of pirates. These vicious souls are known for not leaving any prisoners. Anyone foolish enough to cross Redemption’s path will surely meet their fate at the end of a crossbow bolt.

Characters of 11th-level will have to test their mettle against the vile dimensional traveler Dr. Calamity and the Calamity Crew. All of Calamity’s usual suspects are present, including the tyrannical Sharkmanbot, the dreadful golemmancers, and yep—lots and lots of constructs.

Install this Add-On via the dropdown menu in the Game Addons section of the Game Details Page. Select Kraken Beach Scavengers and click on the blue Add to Game button beside the drop down menu.