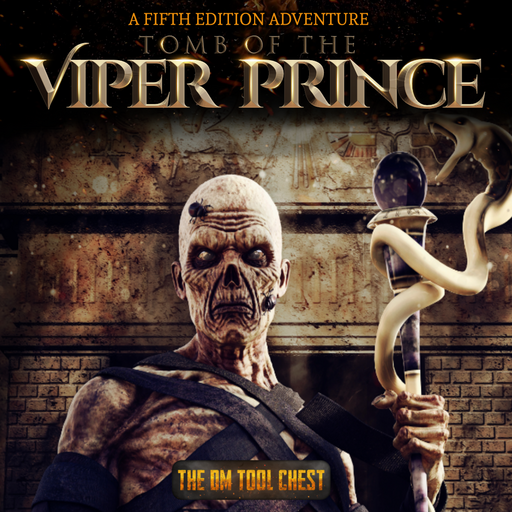 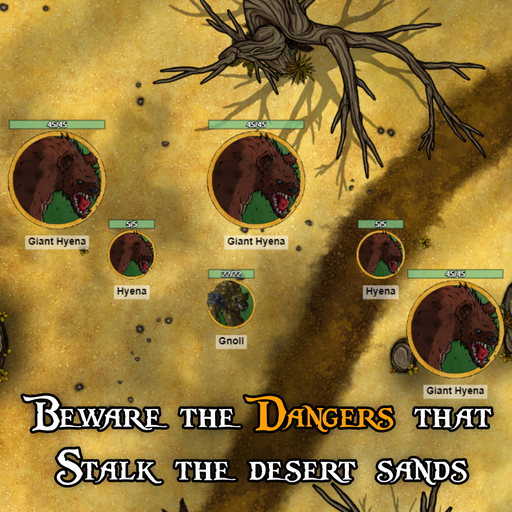 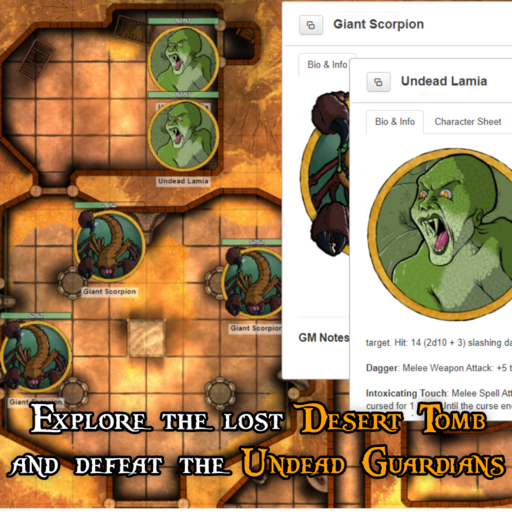 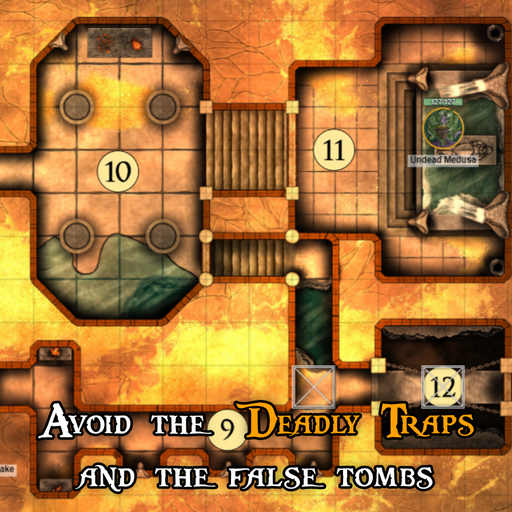 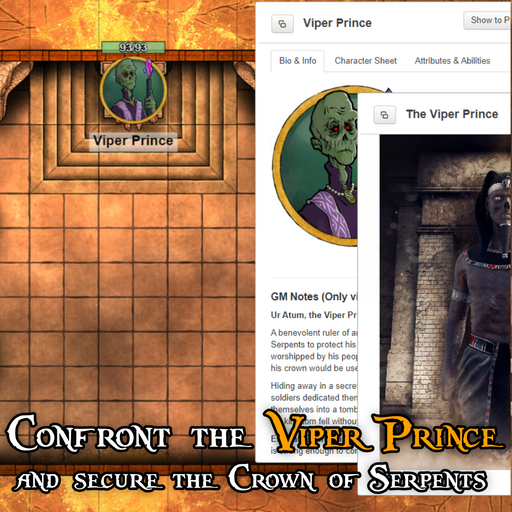 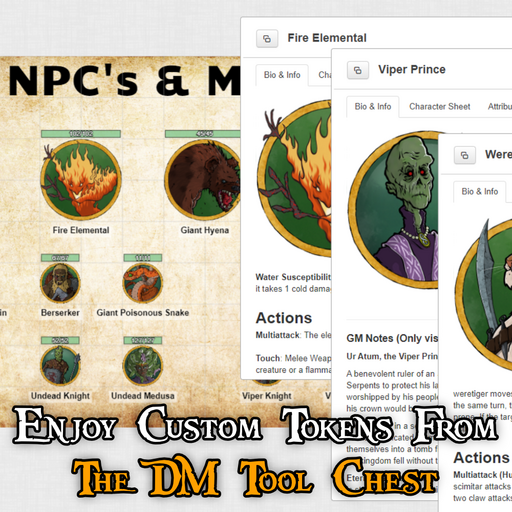 Tomb of the Viper Prince

Tomb of the Viper Prince

Tomb of the Viper Prince is a Fifth Edition adventure intended for three to five characters of 6th to 8th level and is optimized for four characters with an average party level (APL) of 7. Characters who complete this adventure should earn enough experience to reach one-third of the way to 8th level. The tomb of an ancient and powerful prince has been uncovered, and a powerful artifact lies hidden within. This adventure takes place in the Freelands campaign setting but fits into any existing campaign with a desert in which a hidden tomb can be placed with only a few modifications.

The Viper Prince Ur Atum was once a beloved ruler over a small kingdom in the Mohur Desert. Using a magical crown with the power to conjure and control giant snakes, the Prince protected his kingdom from those who sought the fertile land for themselves. Before his death of old age, the childless Prince built a hidden tomb filled with traps and undead guardians to keep the crown from falling into the wrong hands. Without the protection of the crown's power, the kingdom eventually fell to invaders, and the Viper Prince’s name was lost to the annals of history, his tomb never found.

Nil the Blade is the leader of The Bronze Dragonflies, a band of cutthroats and mercenaries that roam the desert preying upon travelers and merchants. They stumbled across an ancient journal among the spoils of their most recent victim that lead them to the hidden tomb of the Viper Prince in the Decayed Canyons, deep within the Muhar Desert. The journal—written by a worker who helped build the complex—hints at a powerful treasure secreted within the tomb, and the Dragonflies rushed to its location. However, they found it full of traps and monsters too strong for them to handle. They decided to hire a group of specialists to plunder the tombs’ treasures for them instead.

Under the guise of a priest of Sylvanis, goddess of life, Nil hires the characters to enter the tomb to cleanse it of the evil entities that dwell within. The bandit leads them to the hidden tomb, where they must fight their way past the creatures, puzzles, and traps until they reach the secret chamber buried inside. After confronting the spirit of the Viper Prince, the characters find themselves confronted outside the tomb by the Bronze Dragonflies seeking to strip them of the treasures they plundered.

The DM Tool Chest packs every adventure with high-quality custom content including:

Install this Add-On via the dropdown menu in the Game Addons section of the Game Details Page. Select Tomb of the Viper Prince and click on the blue Add to Game button beside the drop-down menu.