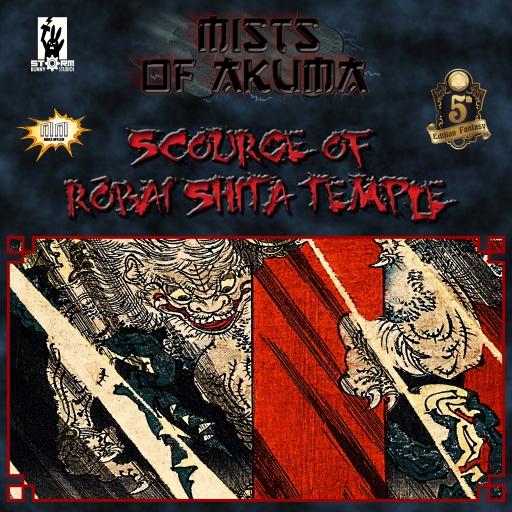 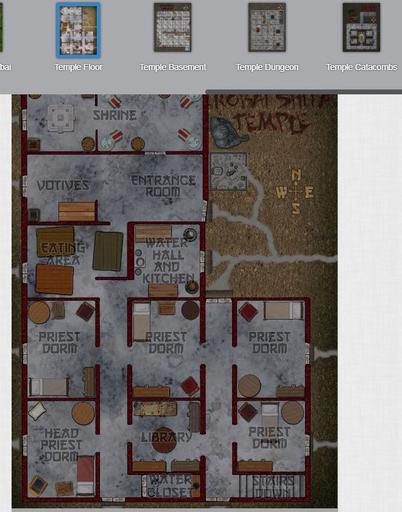 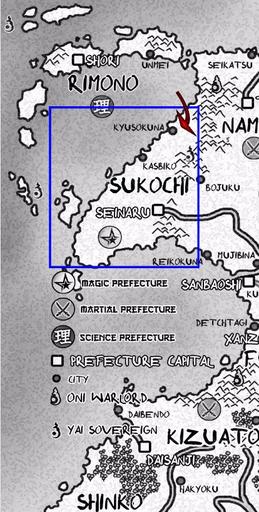 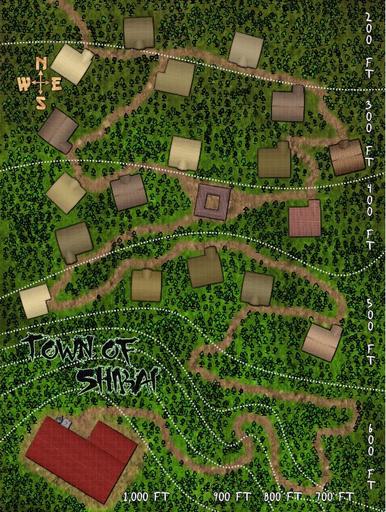 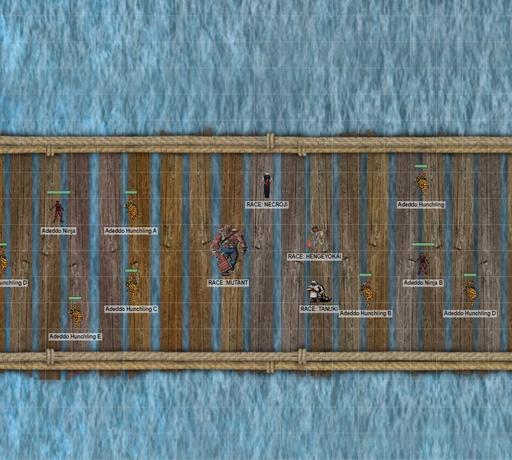 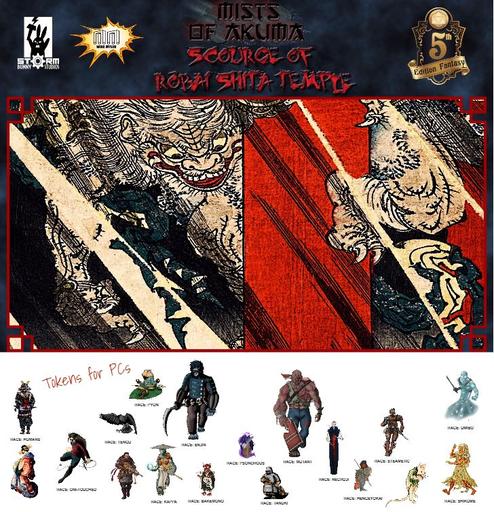 A 5th Edition OGL adventure for 4 to 6 PCs of 3rd to 4th level set in the Mists of Akuma campaign setting.

Heroes are needed in the mountainside town of Shibai—though thought to be spared from the horrors of the demonic Mists of Akuma, recently the supernatural haze has started to fall onto the settlement and a monster lurks through the evil fog. Despite the presence of the infamous Mubo Brothers, hired by the local mayor, a Sukochi bengoshi calls upon the party to get to the bottom of what ails Shibai.

The truth of the matter lay within Róbai Shita Temple, though what the adventurers find inside may see them undone!

Reviews for Mists of Akuma: Scourge of Robai Shita Temple

Great Module - we had lots of fun playing it and the game setting is unique and interesting - especially if you like a melding of fantasy samurai with magic and cyber-tech - although the GM can play down the "tech" aspect of the setting if desired as the steam-powered limbs of some of the characters and the techno-undead-mage that I played, could be considered more magical than tech. The pre-gen characters we used mechanically show-cased a lot of the setting's special qualities and had interesting backgrounds with good role-playing flavour.

The artwork - tokens and maps and handouts is consistently excellent. There were dozens of fully-statted enemies, allies, monsters, maps of outdoor and indoor locations.

The whole thing was held together by a well-plotted scenario - clear goals to follow but easily enough options not to feel rail-roaded. Plenty of exciting combat, plenty of exploration and an actual mystery to solve that took some role-playing.

Despite dying at the end of the finale encounter, I got to die gloriously executing a brilliant (if I say so myself) plan that really fit the story. I've read a couple of the other Akuma scenarios and they look to be of the same high quality. Zai-Pho - The Undead Mage will be back!

WHAT YOU'LL FIND IN THIS MODULE: