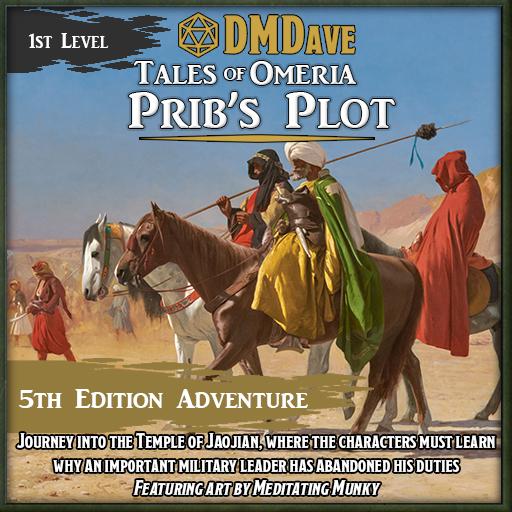 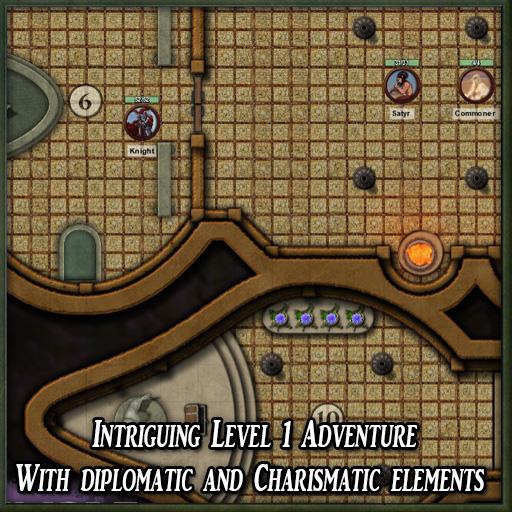 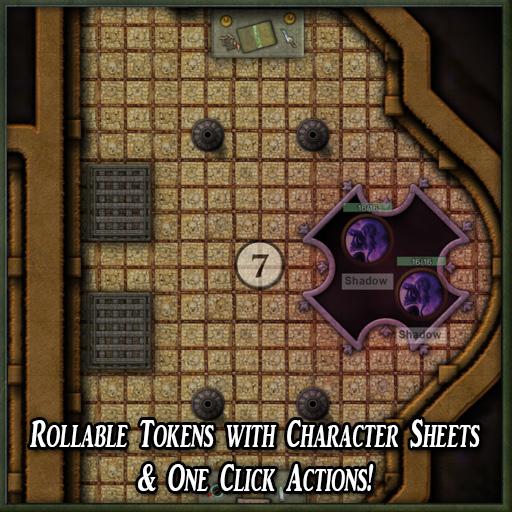 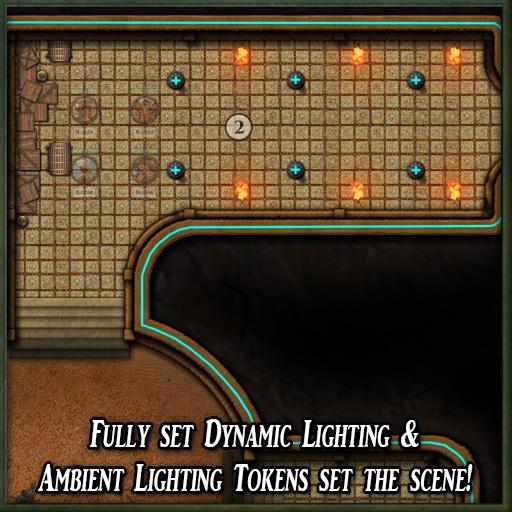 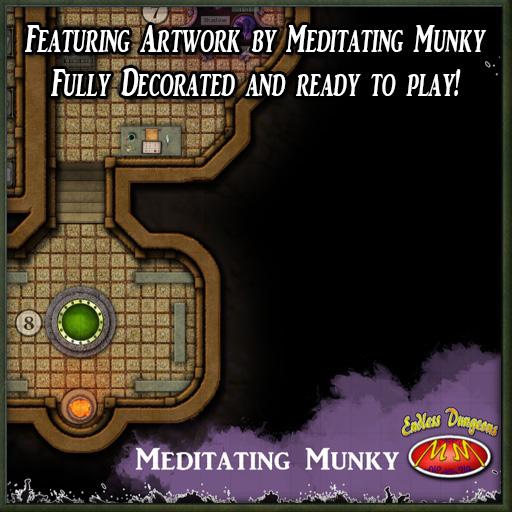 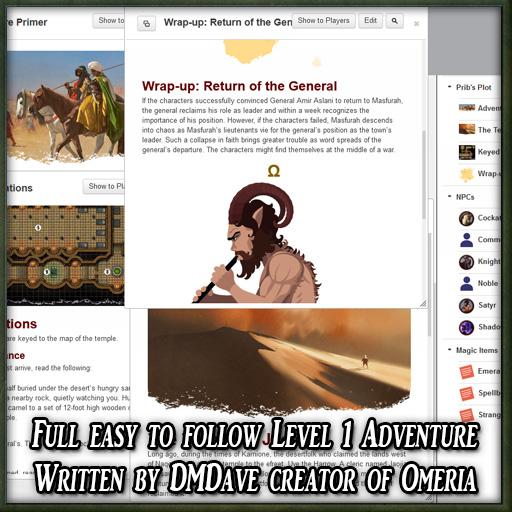 Prib’s Plot is a Fifth Edition-compatible adventure for three to seven 1st to 3rd-level characters. The adventure is optimized for five characters with an average party level (APL) of 1. Characters who complete this adventure should earn enough XP to reach 2nd level. The adventure takes place in The Contested Lands in DMDave’s Omeria campaign. However, it can easily be inserted into any campaign world where a large town or city sits at the edge of a large desert.

The town of Masfurah sits on the banks of the River Midnight roughly 50 miles south of city-state Naqqad, to which its people owe their allegiance. Originally, the town acted as a trade port along the river and the Tears of Karnione. In recent years it’s had to pivot to a fortress town as the civil war that rages between Dorithell, Ingum, Nadorith, and Naqqad enters its twelfth year.

Masfurah is operated by Amir Aslani, a general known for his kind demeanor and wisdom. Unusual for a lifelong soldier, Aslani has helped Masfurah avoid unnecessary conflicts through diplomacy and negotiation with the opposition.

Starting a few weeks ago, Aslani began acting strange. He showed up to meetings late, drunk and belligerent. He turned his attention away from his duties and toward women and wine. When new conflicts arose, Aslani addressed the Masfurahnian concerns with apathy. “If we die, we die.”

Some believe that Aslani’s sudden change in attitude is the result of stress typical for soldiers with his responsibilities. Others suspect he came under the spell of some wicked spellcaster who hopes to weaken Masfurah’s defenses.

Whatever is causing Aslani’s breakdown, the town elders want to know if there is anything they can do to remedy it. While it’s possible to supplant Aslani with new leadership, the elders fear that a sudden change in command this late in the game could display weakness. This would hamper Masfurah’s diplomatic relations with Naqqad’s enemies and make the town a tantalizing target in the eyes of the opposition.

Install this Add-On via the dropdown menu in the Game Addons section of the Game Details Page. Select Into Quabus and click on the blue Add to Game button beside the drop down menu.
Bug and Technical Issue Reporting