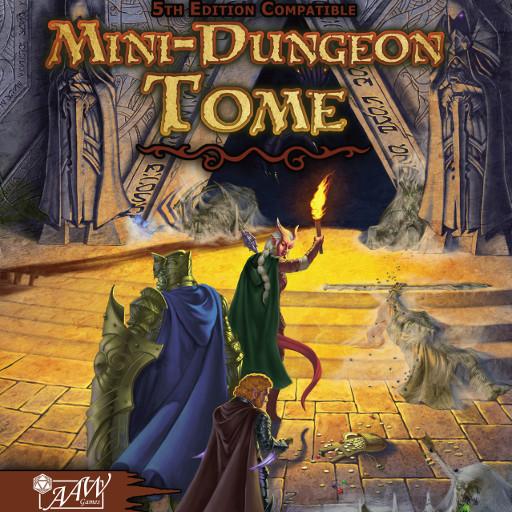 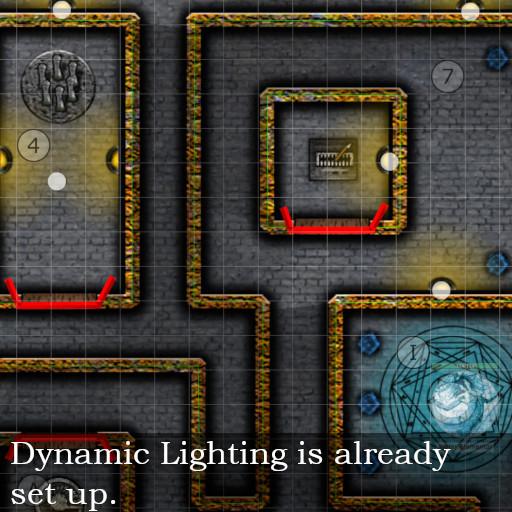 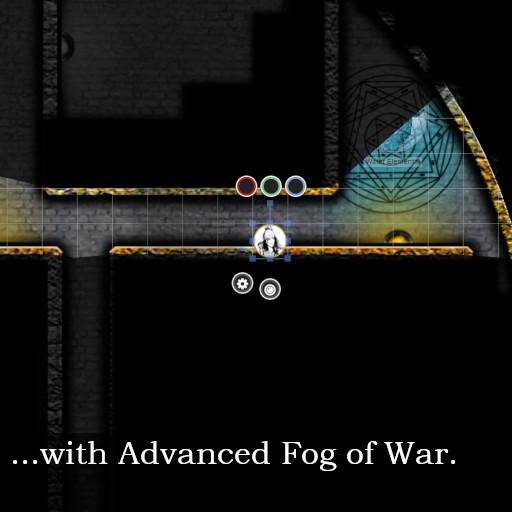 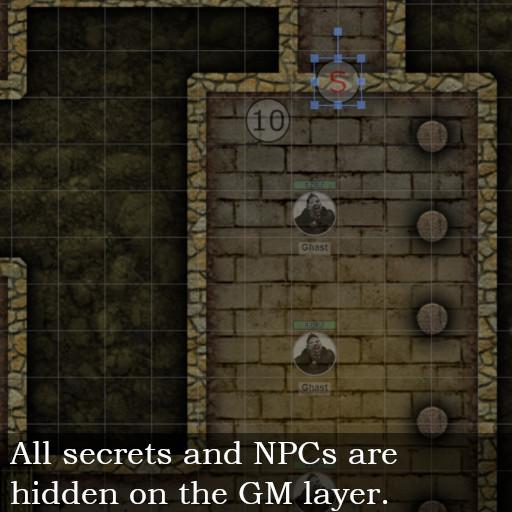 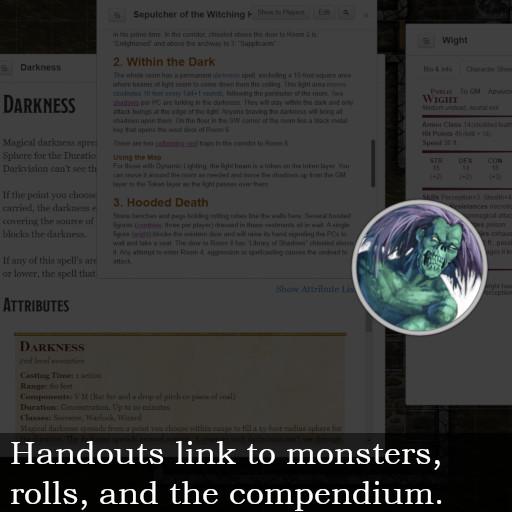 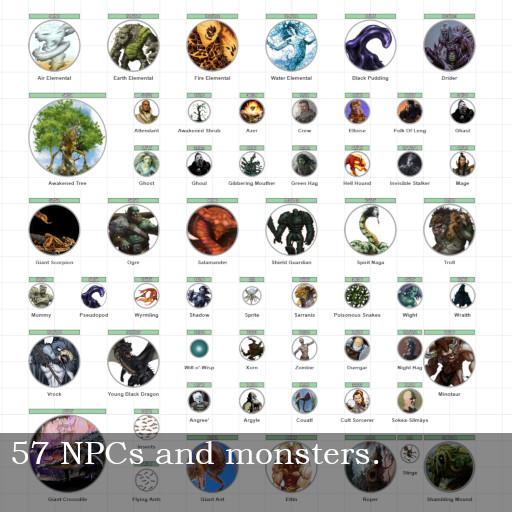 AAW Games brings you this collection of 15 complete and ready-to-run scenarios designed especially for discerning Game Masters who want exciting adventures and need them now. Begin the next chapter of your campaign!

Themed and organized for convenience, the Mini-Dungeon Tome for Level 5 PCs provides setting-neutral fantasy adventures suitable for parties at level 5. With all reference material included, this add-on holds everything you for hours of adventuring.

by Jonathan Ely for 4 heroes at level 5

This complex is set inside a small pyramid or ancient burial site, deep within the desert. It is home to the remains of Nekh-ta-Nebi, a minor nobleman whose lust for power maintains him and his dusty retinue, centuries after their unholy deaths.

Sepulcher of the Witching Hour’s Sage

by Stefanos Patelis for 4 heroes at level 5

There have always been those who would stop at nothing to gain answers to their questions. Does your party dare to meet such a man whom even history cannot forget? And are you willing to pay the price for the answers you seek?

by Rachel Ventura for 4 heroes at level 5

The forest is alive with the songs of birds and insects. The weather has warmed to a comfortable balmy temperature. The wind is blowing and the smell of flowers and fresh fauna float in the air. On such a marvelous day what could possibly go wrong in such a peaceful place?

by Jonathan Ely for 4 heroes at level 5

In the distant past, the ancestors of the reclusive treants made a bargain with some unknown entity or power to grant their kind special favor in exchange for agreeing to serve as wardens of the hidden places of the world, such as the confluences of ley lines and other sites of mysterious power.

Treants have kept this pact through the millennia, and today they serve as tactically-minded guardians with great longevity.

As the PCs pass through a heavily wooded region, far removed from any major community, they come across the badly injured Thurgrimm Treelord slumped under a tree. Weakly requesting their help, the softly spoken treant explains that his clan was ambushed, and their ancient home is being desecrated by the foul troll, Gordok Wyrmbreaker, and his retinue of ogres.

by Colin Stricklin for 4 heroes at level 5

Exiled from the port city of Octomere after one too many explosions, the gnomish inventor Ajquam created the giant mechanical crab known as the Apparatus of the Brachemoth and returned for vengeance. Just as the the apparatus was about to strike. . . it stopped. The city needs a band of brave adventurers to enter it, confront its mysterious masters, and pilot the colossal vehicle back out to sea.

by Tim Hitchcock for 4 heroes at level 5

Ancient azers built this temple to honor a great elemental fire god. Within its secluded walls, they spent long hours painstakingly crafting new azers to build a kingdom in his honor. The temple soon attracted the attention of a powerful efreeti who deemed the azers a threat. Raising a small cadre of his most powerful minions, the efreeti marched upon the Burning Temple, murdered the azers, destroyed their forge of life, and leveled the structure. Today the temple lies empty, but not uninhabited. While its walls remain battered and scorched, its greatest secret still lies hidden.

by Brian Suskind for 4 heroes at level 5

While delving the darkened passages of a dungeon, occasions to rest and resupply are precious. Is it then any surprise that fell creatures turn such opportunities into bloody horror?

Mysteries of the Endless Maze

by Justin Andrew Mason for 4-5 heroes at level 5

A powerful wizard created the maze to ensnare treasure hunters who may be bold enough to seek his prized hoard of magic items. Though the maze’s creator long ago died, its magic persists, and the enigmatic complex has yet to be solved. A wealth of treasure awaits any who are cunning enough to traverse the mysterious maze and collect the keys needed to escape.

Trade is Our Sword

Within the dark recesses of the underworld, safe traveling or trade routes are a much sought-after commodity. The river that runs serenely through these lightless chasms represents just one such vital route, but unfortunately, its toll collectors are insane.

Throne of the Dwellers in Dreams

by Justin Andrew Mason for 6 heroes at level 5-6

While seeking work the PCs are contacted by an artificer named Vynthis Targain who offers them a job investigating an ancient tomb complex. He is convinced the site contains information pertaining to the location of three relics known as the dream rods. He also believes that these artifacts are hidden somewhere within, but his own research has proven fruitless.

Stowaway on the Singing Sea

The adventurers have been hired by local authorities to sneak aboard the merchant ship, The Last Song. The vessel is owned by Elloise Drake (suspected of also being the nefarious pirate, Lady Wavedancer).

Law enforcement at the port city of Tangran’s Landing have managed to arrange for a “special piece of cargo” to be loaded upon the vessel for its upcoming voyage. Rather than the fine silks said to be in the shipment, the adventurers are smuggled aboard hidden inside.

Their mission is to await for the sounds of The Last Song boarding another ship at sea, and then to exit their hideaway to investigate. If they discover the crew committing an act of piracy they are to present their documentation, arrest Elloise, and commandeer the ship.

by Stephen Yeardley for 4-5 heroes at level 5-6

Somervel’s autumn rains lasted longer than usual, and the resulting winter floods impacted more than expected. Some distant pale-forts haven’t been heard from in months, being cut off by the linking of frozen rice paddies, flood meadows, leas usually inhabited by cattle, and rivers that run though Somervel’s territory. Parties are charged with taking supplies to these border posts and bringing anyone severely injured home.

Somervel’s pale-forts are like beaver lodges; earthen mounds on islands in the marshlands. Each covers a wide area, is surrounded by a wooden palisade, has quarters below ground, and has a single central watchtower. Torni’s tower fell in the recent storms, and the guards missed Akka who infiltrated the fort and killed everyone. Now this is her home, and she is recruiting. . .

An evil cult of sorcerers has taken up residence in the ruins of a temple in a nearby forest; abandoned long ago by its original priests. The new residents have begun kidnapping denizens from nearby villages and the local authorities are desperate for assistance. They are offering a 5,000 gp reward to thwart the cult’s nefarious activities.

Argyle the Betrayer was a powerful dwarven cave wizard that was corrupted by a derro magister named Angree' and is now quite insane and bent on the destruction of the surface races, most especially dwarves. Angree’ has subjugated Argyle using powerful hallucinogens, in addition to a number of duergar tyrants, and positioned Argyle as a mad savior to the duergar. Argyle and his “servant” Angree’, as well as the duergar, spend most days torturing dwarves, or calling on elementals to forge alliances to overthrow the surface dwellers. Argyle’s complex is found miles below the surface off a well-traveled path in the Underworld. Its walls are covered in a fungus that emits an eerie green glow.

Look Not with Thine Eyes, But Thine Mind

by Stephen Yeardley for 4-6 heroes at level 5-6

Deep within some hidden caverns, the PCs find a disguised door leading to a secret space that’s becoming a hide-out. With 15-foot high ceilings, the entire area is under a permanent magical darkness spell. The PCs can hear sounds of inhabitants.