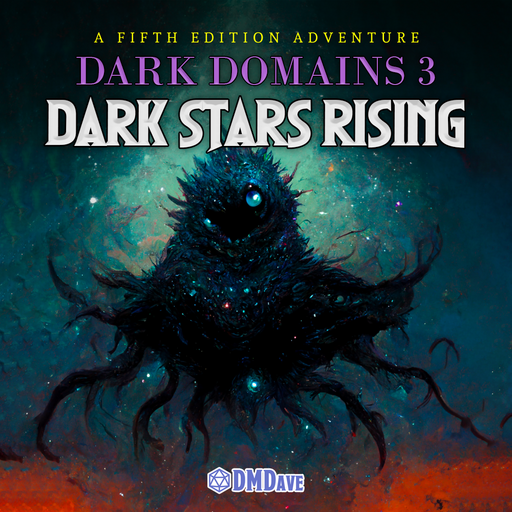 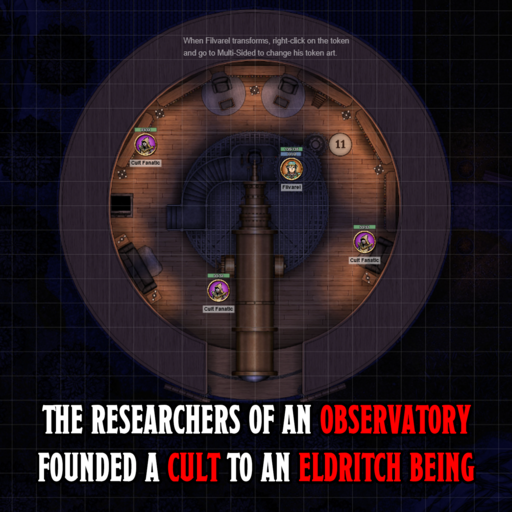 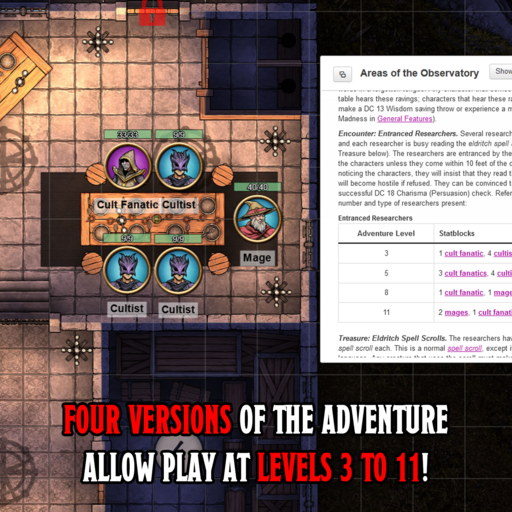 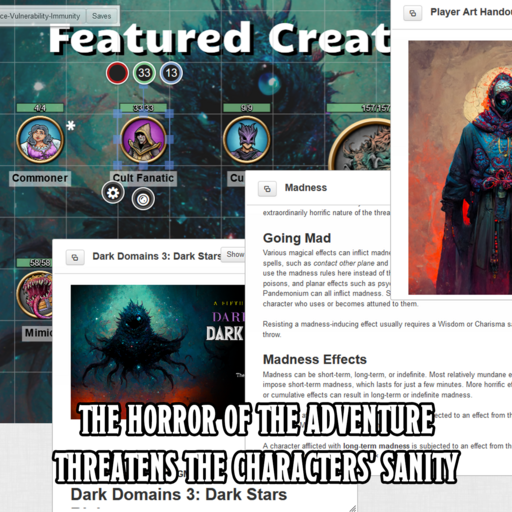 Beware the eldritch madness that has gripped the observatory. For play at level 3, 5, 8 or 11!

Dark Stars Rising is a Fifth Edition plug-in adventure for four characters with an average party level (APL) of 3, 5, 8, or 11. This addon offers a general guideline on how to scale the adventure for each level. A research team based at a remote observatory has mysteriously gone quiet, and the characters have been dispatched to investigate. Once there, they must contend with eldritch horrors, madness, and a militia of cultists bent on stopping them.

Almost a decade ago, a mage’s college in conjunction with the local duchy built the Thule-31 Joint Research Observatory. Its purpose was simple: study the stars, and watch for signs of life. Soon after the constellatory research began, the team (led by an elf named Filvarel) discovered that the right instrument—in this case, the observatory’s telescope—could do more than simply see; the star signs had powers unto themselves, and by trial and error, one could learn to harness those powers.

The duchy kept this knowledge secret, much to the chagrin of their mage’s college partners, so that it wouldn’t fall into the hands of jealous rivals. They demanded that the mages and researchers stationed at Thule-31 continue their search for older, more powerful signs hidden in the black folds of space. The research team obliged, and eventually, they did discover something, something ancient and unfathomable and uncaring: Yagiogreth of the Dark Star.

This eldritch being, born without form and void, peered back through the mortals’ looking glass and began whispering its ancient secrets into the minds of these eager researchers.

News coming out of the observatory slowed to a trickle, then ceased altogether, and runners dispatched from the duchy disappeared without a trace. Brave adventurers are needed to enter the observatory, discover what’s happened to the researchers, and recover their research—or destroy it, should the need arise.

Install this Add-On via the dropdown menu in the Game Addons section of the Game Details Page. Select Dark Domains 3: Dark Stars Rising and click on the blue Add to Game button beside the drop-down menu.