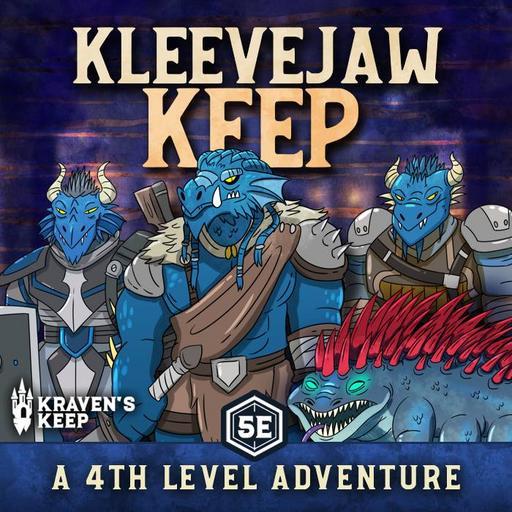 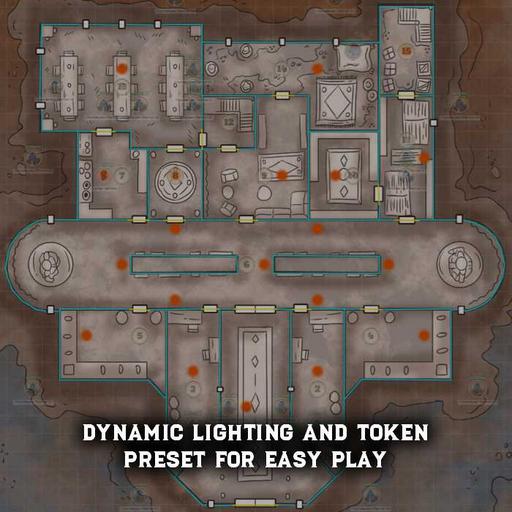 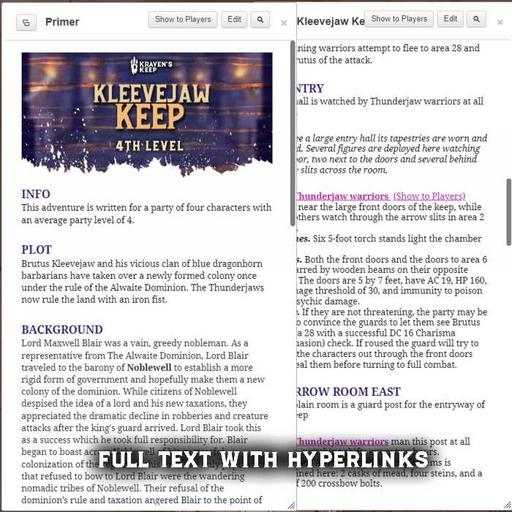 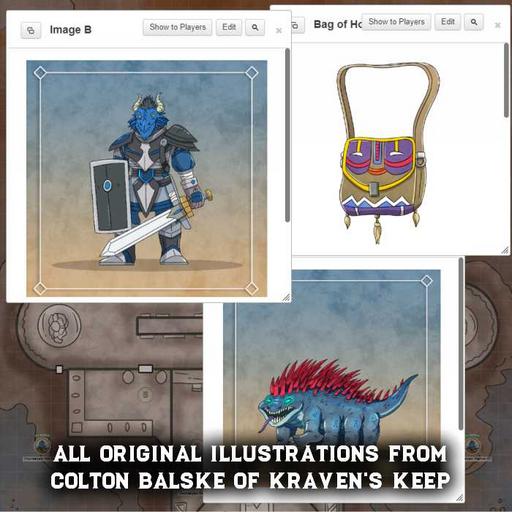 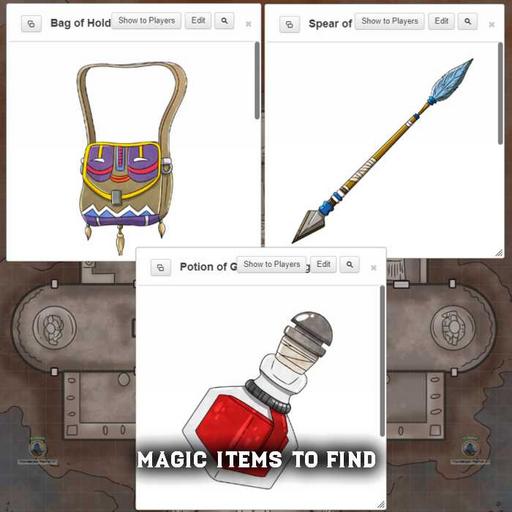 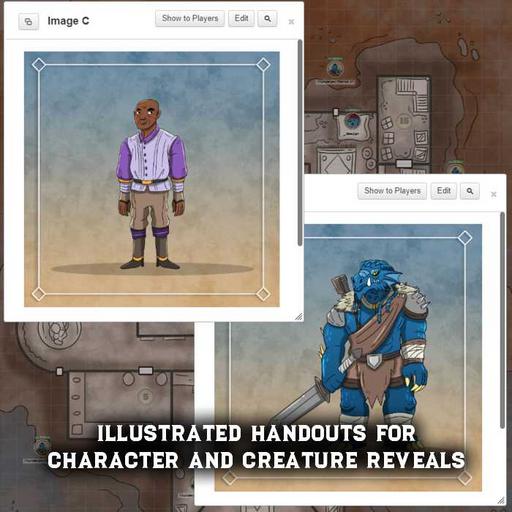 Kleevejaw Keep is a Fifth Edition adventure designed and optimized for four players of 4th level. This adventure works set in near a small village or isolated rural area, preferably a region known to the characters.

Lord Maxwell Blair was a vain, greedy nobleman. As a representative from The Alwaite Dominion, Lord Blair traveled to the barony of Noblewell to establish a more rigid form of government and hopefully make them a new colony of the dominion. While citizens of Noblewell despised the idea of a lord and his new taxations, they appreciated the dramatic decline in robberies and creature attacks after the king's guard arrived. Lord Blair took this as a success which he took full responsibility for. Blair began to boast across Noblewell of his successful colonization of the region. At this time, the only population that refused to bow to Lord Blair were the wandering nomadic tribes of Noblewell. Their refusal of the dominion’s rule and taxation angered Blair to the point of dealing a heavy-handed blow against them. Lord Blair sent several regimens of soldiers to cut down all of the nomads of Noblewell. The soldiers marched upon the wandering clans and laid several to waste, squashing all of their counterattacks. This slaughter prompted any wandering survivors to flee. With the battle won, Blair again celebrated his prowess as a leader and flaunted his victory. Not long after the crusade, Lord Blair ventured to the town of Middlesbrough in Nobelwell to reside at his summer estate. While there, a fierce horde of warriors stormed his estate at night, overwhelming his guard. All were slain in this attack including Lord Blair himself. These warriors were of a barbarian clan of blue dragonborns called the Thunderjaws. Their leader, Brutus Kleevejaw, sought to make a grab for power within Noblewell that was fueled by greed as well as vengeance for the murdered nomads. After the attack on Middlesbrough the Thunderjaws assumed control of the land and moved into Lord Blair’s keep. Brutus now sits on the lord’s throne and rules Noblewell with an iron fist. He and his clan now take and destroy whatever they please, with no force great enough to stop them.

Install this Add-On via the dropdown menu in the Game Addons section of the Game Details Page. Select Kleevejaw Keep below and click on the blue Add to Game button beside the drop down menu.
For more adventures from Kraven’s Keep head over to our Roll20 Marketplace