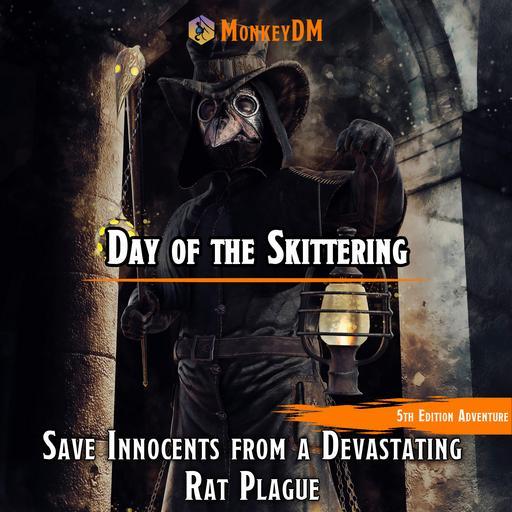 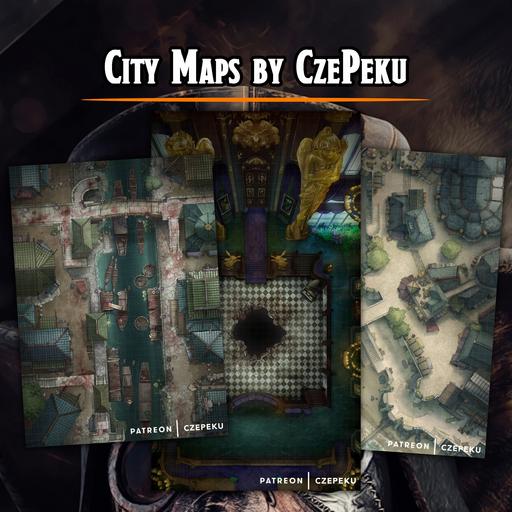 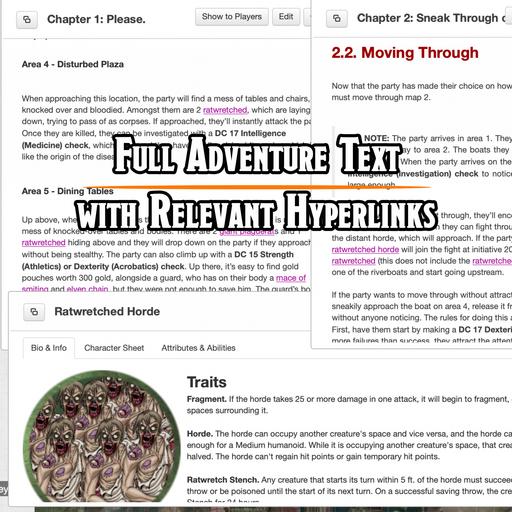 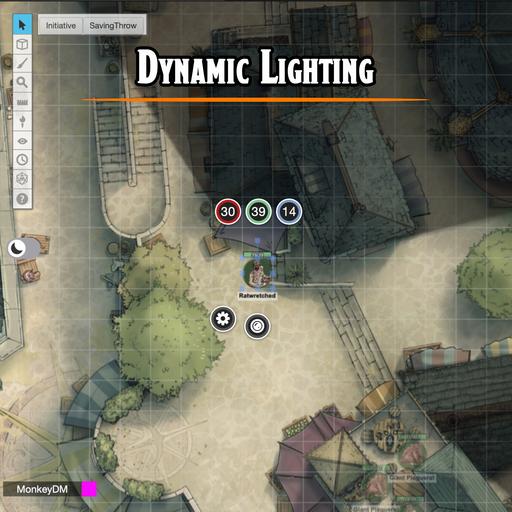 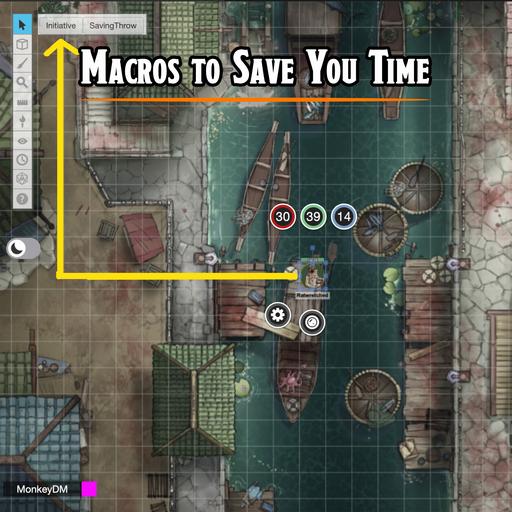 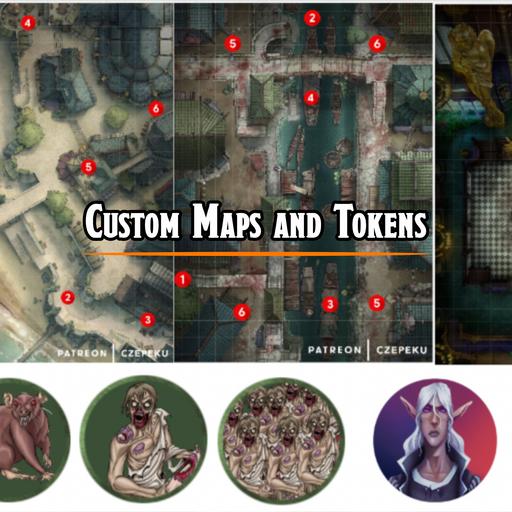 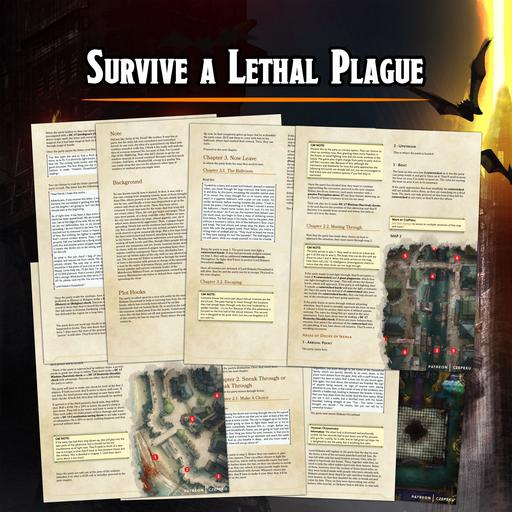 Day of the Skittering

Day of the Skittering is a Fifth Edition adventure optimized for three to six characters of 8th level. Full of ruthless monsters, a creepy ambiance, and fearsome plagued monsters, this adventure is perfect if your table wants to test their strategic mind.

Did you like the movie Army of the Dead? Me neither. It was fun at parts, but the story felt very convoluted and somewhat forced. In any case, the idea of a quarantined city filled with zombies sounded really fun. I think it fits really well with the idea of a rescue mission! So, because of that, I’ve created Day of the Skittering. Now, why did I choose to go for rat- zombies instead of normal zombies? Because rats feel much creepier. And here, at MonkeyDM, creepy is a quality. You can easily swap the rats out for whatever other type of zombies or undead pest you might want. This adventure is for level 8 adventurers ideally, and can be used perfectly to take a break from your main campaign, or as a side quest to an existing world, or to run if you abducted an NPC and don't know what to do with them!

No one knows exactly how it started. At first, it was only a few rats coming from shipping vessels, most of them brought from Olin, where poverty is an issue. The rats slowly spread, one by one, until finally, a team was dispatched to go in the sewers and clean up the pests. Then, that team never returned. A team was sent for the team. And that team did not return either. Then, the rats got larger and larger. Their eyes went purple, of a deep, void-like color. Within no time, the city was overtaken by large, almost gigantic rats, all of which were distinctively aggressive. Then, a plague began spreading. Slowly but surely, madness had taken over the city. Not a month after the first rats arrived, people’s front teeth started to grow unnaturally large. But a few days later, the first ratwretched had formed, attacking their loved ones in the homes. The Mistshorian authorities acted quickly, sealing off both Irenla and Olin, though Olin’s people did not present any symptoms just yet. Irenla, however, broke down in chaos, with the ratwretch plague spreading faster than anyone could’ve anticipated. Since then, blockades have been set up within miles of the city, with no one allowed in or out. The only way in? Either to sneak in through the waters or have a discussion with the person in charge of the quarantine, a man by the name of Jeramon Davaz, past adventurer, devout paladin and current voluntary leader of the Mistshorian Military Front, an organization created by the various Mistshorian city-states to defend their region from spreading the virus.

Install this Add-On via the dropdown menu in the Game Addons section of the Game Details Page. Select Day of the Skittering and click on the blue Add to Game button beside the drop-down menu.