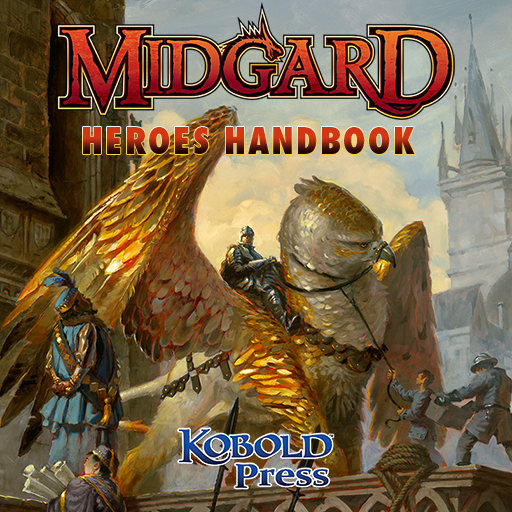 Welcome to a world of dark roads and deep magic, where you can match wits with Baba Yaga, set sail for uncharted islands with minotaur corsairs, and face the fury of the giants in the icy north!

The Midgard Heroes Handbook for 5th Edition has everything you need to create a character for a 5th edition Midgard campaign, including full details on 11 new races and 4 variants on standard races. Roll up a trollkin barbarian, a ravenfolk fighter, a kobold rogue, and more.

Included in the adaptation:

The shadow roads are open, and the World Serpent stirs in its sleep. Adventure awaits the bold!