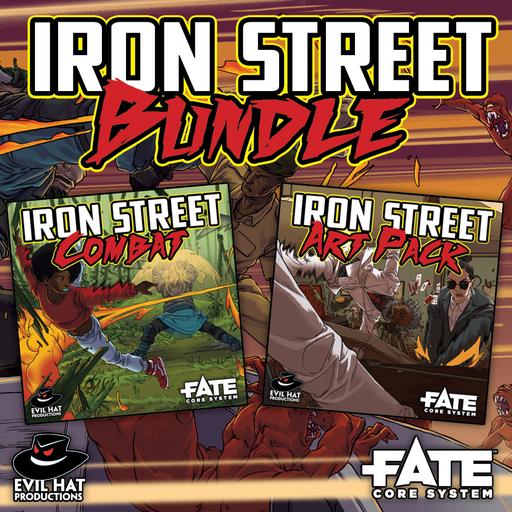 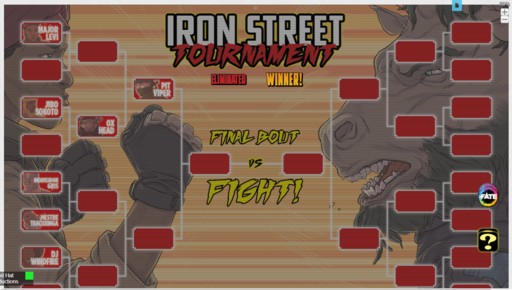 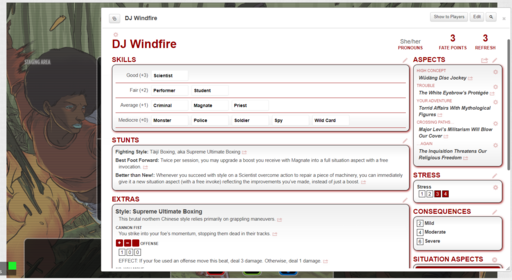 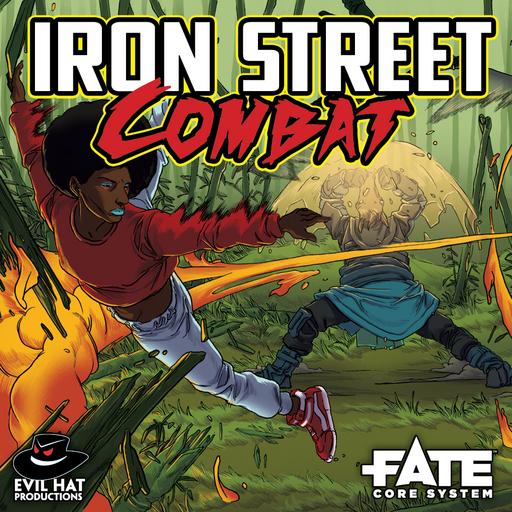 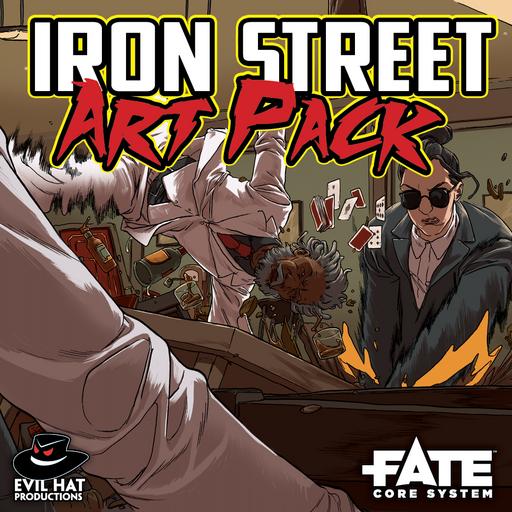 Five minutes into our past, shadow governments, crime syndicates, evil corporations, and creepy cults pour incalculable resources into hiring some lady with muscles to punch their enemies until they take can over the world.

That lady is you.

Iron Street Combat brings you the international backdrops, larger-than-life characters, and dynastic intrigue of Street Fighter, Tekken, and Mortal Kombat without making you memorize button combinations (or complex combat mechanics). You’ll create a stable of characters with interconnected backstories and distinctive fighting styles, as well as powerful but entangled factions for them to join or oppose—or else go up against the devil-helmed Naraka Conglomerate, the mysterious Iga Ninja, or the legendary Wǔdāng Clan.

With nothing but your fists and your hunger for victory between you and the wrath of wicked dictators, ancient war gods, or invaders from another dimension, you’ll create a battle fit for an unskippable cut scene.

Do you have what it takes to emerge from the trials of one-on-one combat as the supreme champion? Find out in Iron Street Combat, a new Fate World of Adventure from James Mendez Hodes.