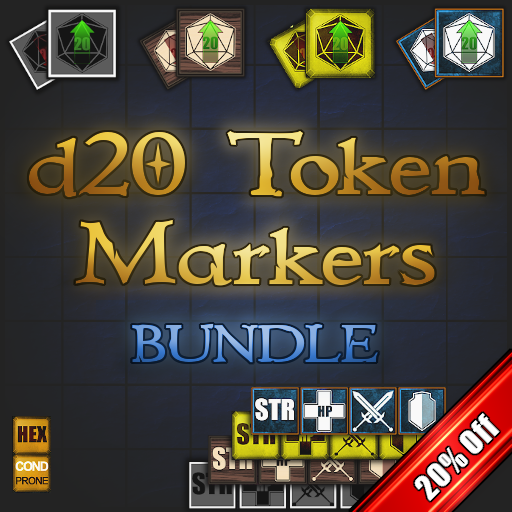 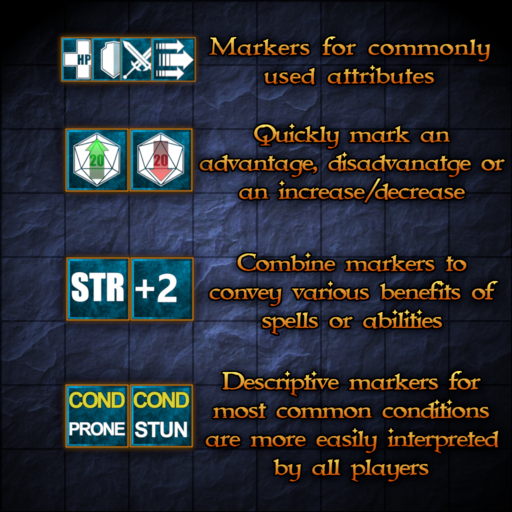 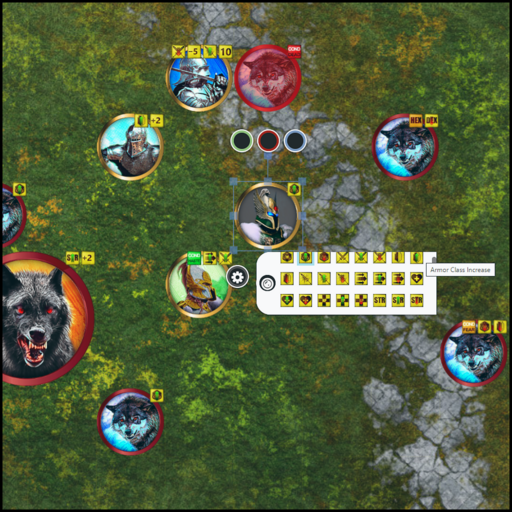 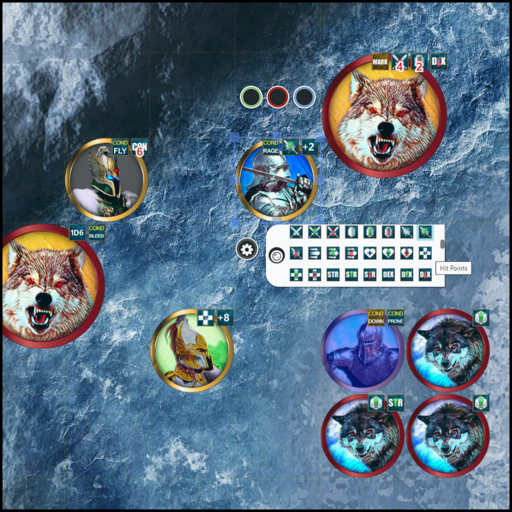 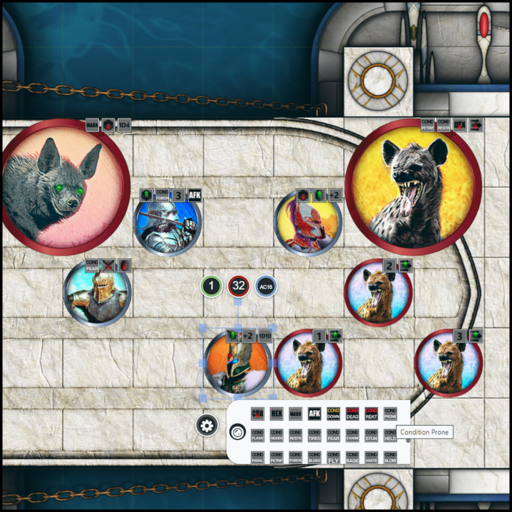 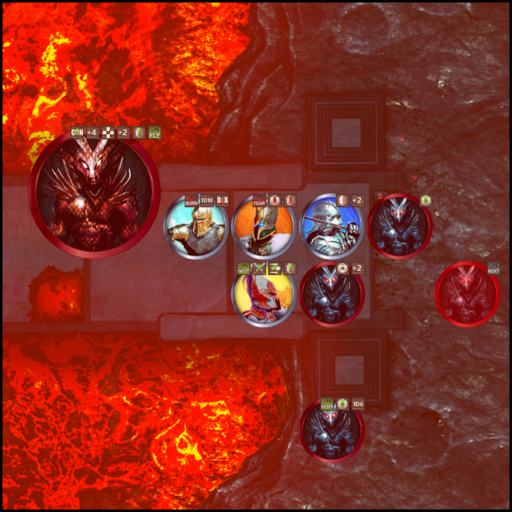 Author: Peter's Forge
Bundle: A combination of content. Prices are discounted based on what you already own. More detail on each item is below.
List Price: $19.96
Save 20%
Bundle Price: $15.97
Sign In 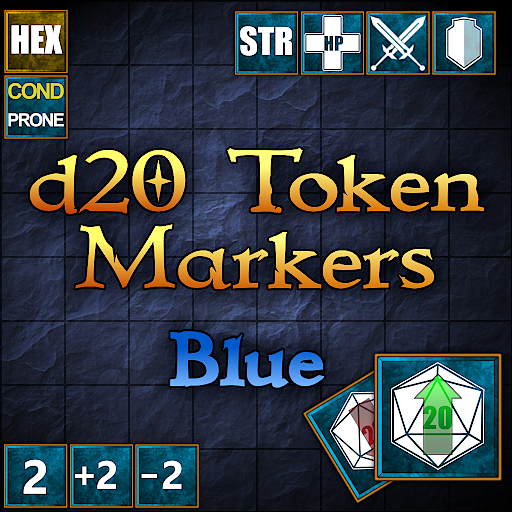 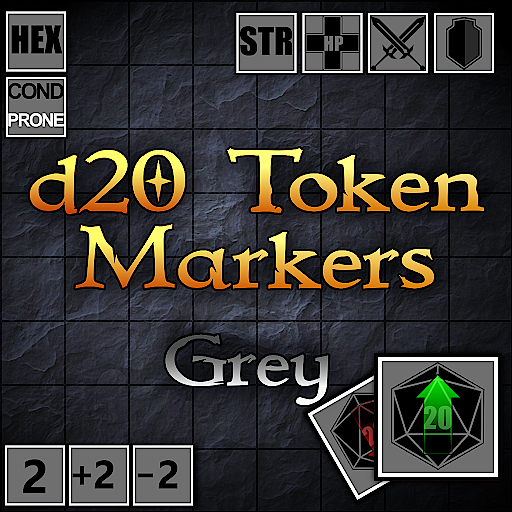 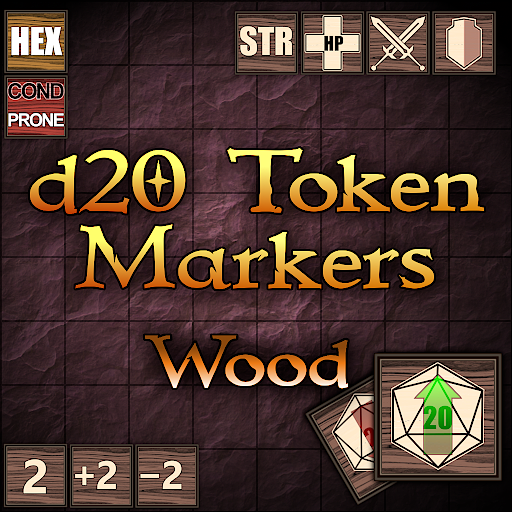 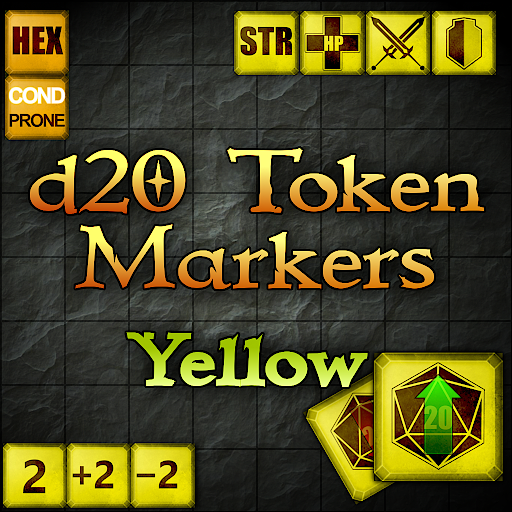 This pack contains a bundle of 4 token marker packs designed to improve your tabletop experience. Each pack gives you 109 different markers to use and enjoy in your games. By buying from this bundle you get each pack 20% cheaper. Bundle's price will be reduced by each item you already own, so it's a great way to complete your collection and do so at a discount! If you are interested in more items like the ones in this bundle check out my Marketplace page here.

If you are playing a d20-based system, like 5e, 3.5, pathfinder or even starfinder, then items in this set are going to make your life as a GM or a player much easier. There are markers for rolling with advantage/disadvantage, both on general dice rolls as well as specific things like attacks or attribute tests. You can mark an increase or a decrease in defense or speed. You can employ two or more markers to mark a bonus to an attribute or a penalty from a spell or an ability. There are descriptive markers for the most common conditions used in d20 systems. This way there won't be any confusion as to the meaning of a specific marker. Finally there are numbers from zero to ten, with add and subtract variants and different dice that will allow to note how much bleeding damage an enemy takes each turn or what's the inspiration dice of the party's bard. Mark a condition like "Slow" on a character along with a number representing the amount of turns remaining for it to expire. Save your party's ranger form ever again forgetting who he/she used the mark on. Or never again wonder what was the attribute the hexed npc had a disadvantage on. And do it in style too! You get four different visual themes to pick from.

The markers are organized for ease of use and should appear in a specific order on the marker selection tool. When you mouse over one its name will indicate what it is for, which should make things easier for newer players.

For systems like 3.5 (where there's always a lot of different numerical bonuses that may be affecting an npc at the same time) it is important to remember that each individual marker can be active only once for every token. So if two different things benefit from the same numerical bonus I recommend putting both of them together and following with an added number. For example: (STR)(AC)(+4), since you can't do (STR)(+4)(AC)(+4). Depending on the size of the creature token and your preferred zoom, I don't recommend using more than six markers at once since they may start getting too small to read after that point. Let your creativity loose and have fun!