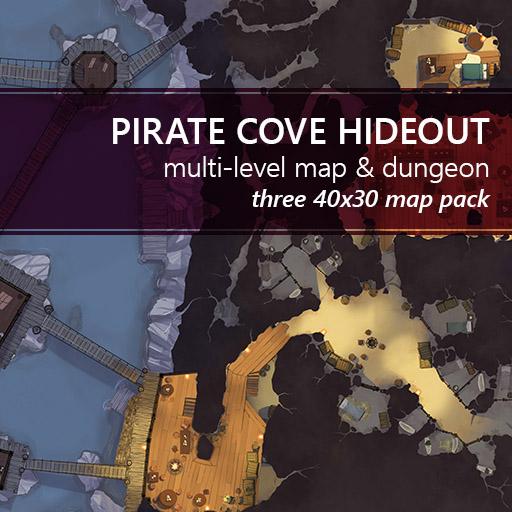 The water splashes against rocky islands that support sturdy towers of salt-worn wood. These towers connect above the waves with bridges of salvaged rope and chain, rattling in the windy inhales and exhales of the cove.
All of this stands before the cliff face, dotted vertically with protruding buildings and pocked cave openings. These caves quickly twist and turn, hosting natural and created rooms on every level, but most importantly, the grand hall, a place many come to for celebrations and heated discussions alike.
If you look hard enough, there are secrets aplenty hidden in these caves.

This XL island and dungeon map has twists, turns, secrets, stealth, and bountiful treasure.
- The caves have multiple connecting points between levels that are not immediately apparent, and a guide has been included for ease of describing relative positioning and secret passages if your players ever ask what's above them.
- The secret passages looks incredibly narrow, but feel free to give your players the option of squeezing their way through or widen the opening with ability checks. A failure could mean causing rocks to fall or making noise to alert others in the hideout!
- The lava can prove to provide dangers with monsters and elemental rifts of its own. 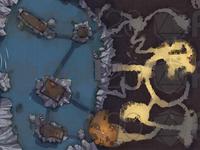 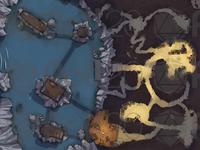 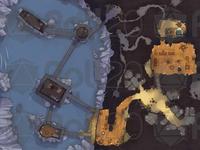 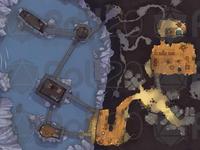 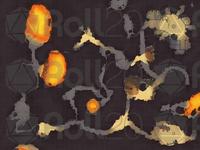 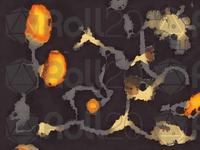 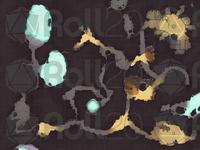 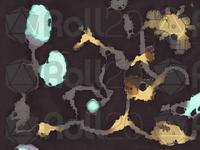 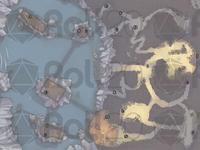 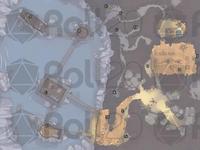 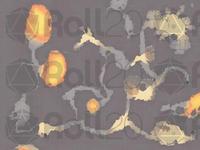