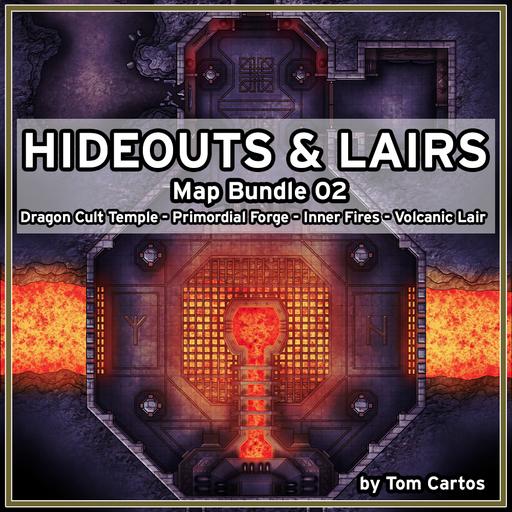 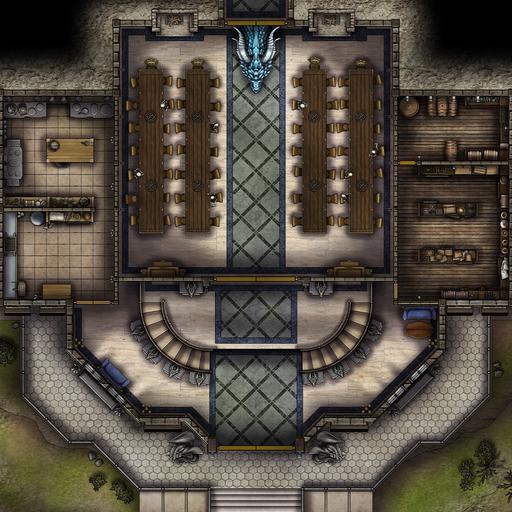 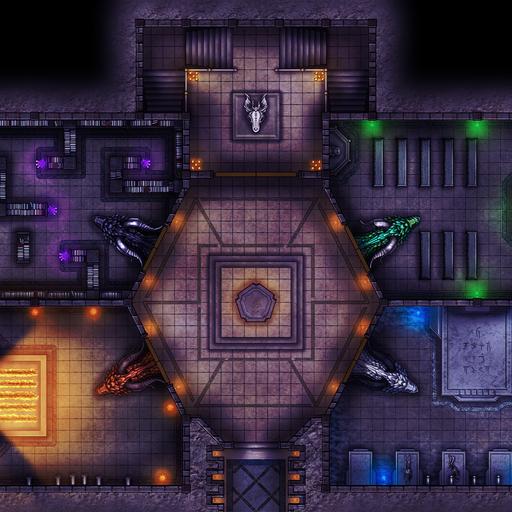 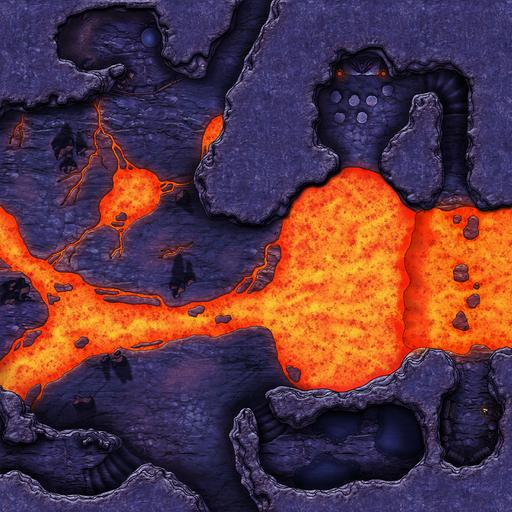 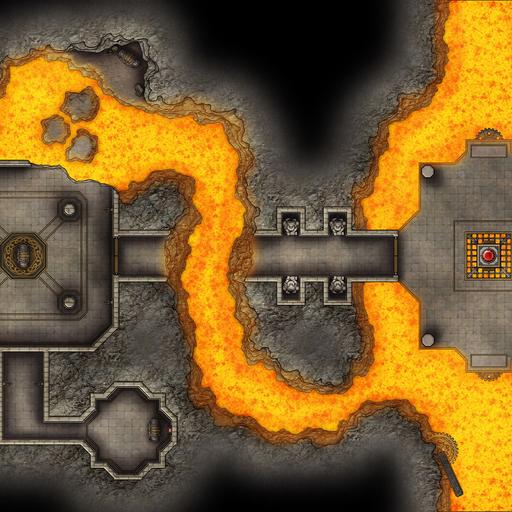 The Hideouts & Lairs Map Bundle 02 contains Day, Night, 'Hidden Secrets' and Unfurnished variants of 8 different maps from 4 different fiery locations, all designed to add some heat to your villains’ abodes. A combined total of 47 new maps for your campaign in gridded or gridless format!

Whether man or beast, all creatures need a pace to rest their head. You may think that approaching them in such a place would be a good opportunity to catch them unawares, but don't forget that they will have the home advantage. Each map is highly detailed and contains inspiration for plot hooks, quest ideas, heroic deeds and nefarious activities.

This bundle includes:
The Dragon Cult Temple - Centuries ago, there was a warlord who gathered ancient artifacts and used them to control an army of dragons, sending them into battle alongside his forces. This warlord gained the name of ‘The Dragon Khan’. In order to find a way to oppose the Dragon Khan, a group of dragon worshipping mages and wizards came together to create a mighty weapon designed to end the life of the creatures they revered, so that none of the them would have to suffer the indignity of being controlled by a human.

They used their knowledge of arcana and divine magic to create a tool that separated magic from flesh, a spear that they called the Dracana Mortis. After the war with the Dragon Khan was won, the spear was hidden away in a temple dedicated to the glory of dragons, but a shadow organisation, known only as The Omen Speakers, sought out the weapon, and attempted to use it to end all life. They infiltrated the dragon temple and conducted a dark ritual in secret, but couldn’t control the magic they sought to create and a great wave of death exploded out, killing the Omen Speakers, Dragon Worshippers and all creatures within a few miles.

Volcanic Lair - After making their way up the side of the great mountain and through a series of dark tunnels, the party find themselves walking towards a deep orange glow. As the light grows brighter the cavern begins to open up and an intense heat washes over them. Movement from above catches them unawares, as red scaled lizard like humanoids suddenly scatter. A few attack, but most retreat into the tunnels beyond. The small skirmish is quickly quelled and the party begin to explore the cave, searching for the rumoured treasure hoard, when the surface of the lava pool starts to shift and quake. Something has been awoken and is beginning to rise.....

The Primordial Forge – A forgotten forge lies hidden in the mountains. A group of adventurers has heard that unique magical weapons can be created there, but the forge lies dormant and there is currently no Master Smith to work it. Upon first visiting the forge the party will find it dirty and long abandoned, but if they choose to investigate they will find a cache of information on how to restart it, as well as a few creatures who are currently calling it home.

The Inner Fires - The first place they need to visit is known as the ‘Inner Fires’, located further up the mountain near its volcanic heart. They will have to overcome a series of challenges, as well as the intense heat of the flowing lava, in order to open up the gates that allow the molten rock to flow towards the forge and give it the energy it needs to activate. 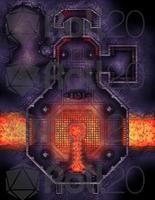 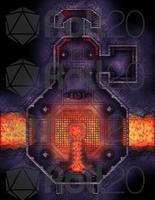 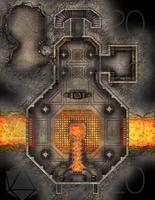 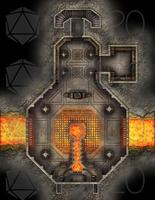 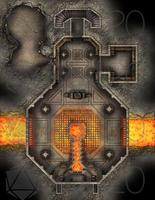 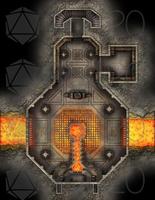 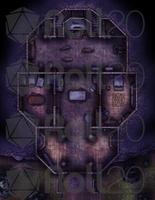 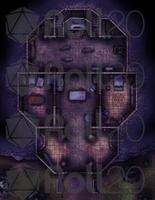 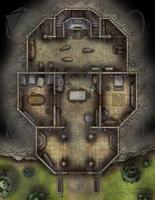 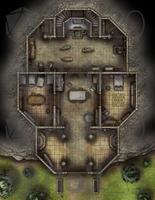 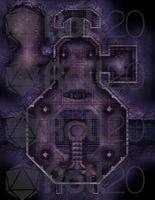 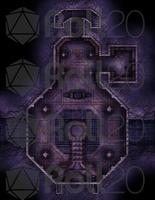 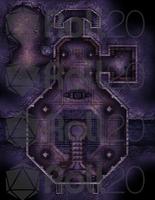 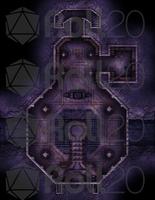 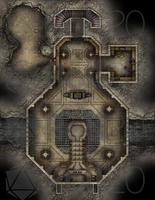 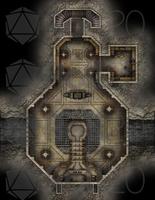 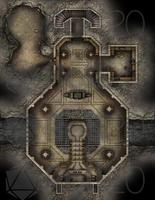 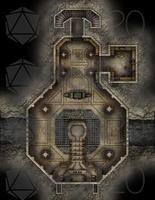