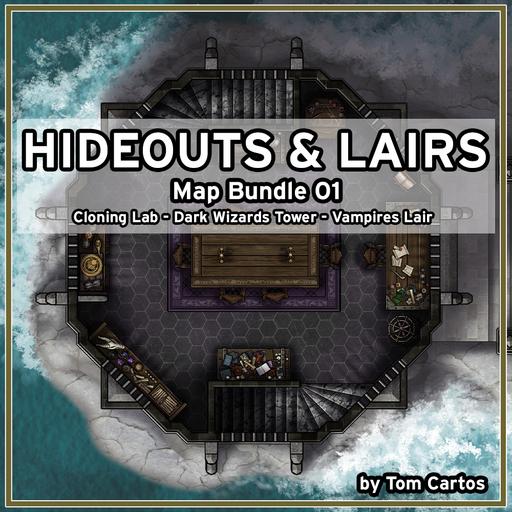 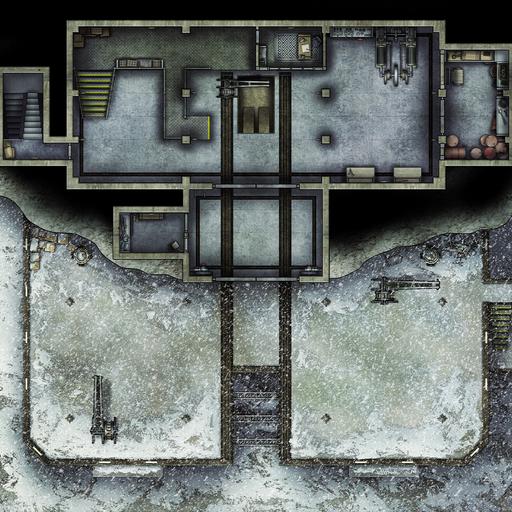 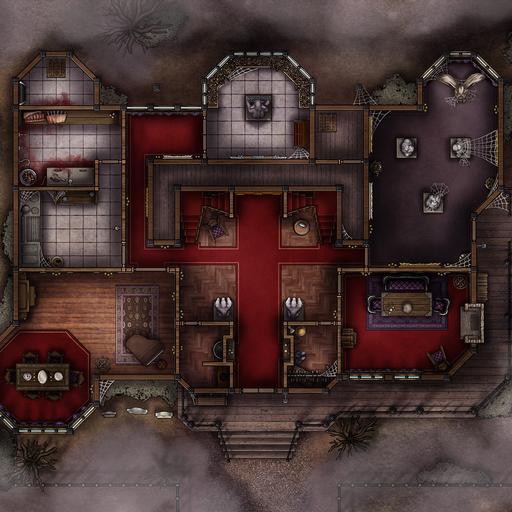 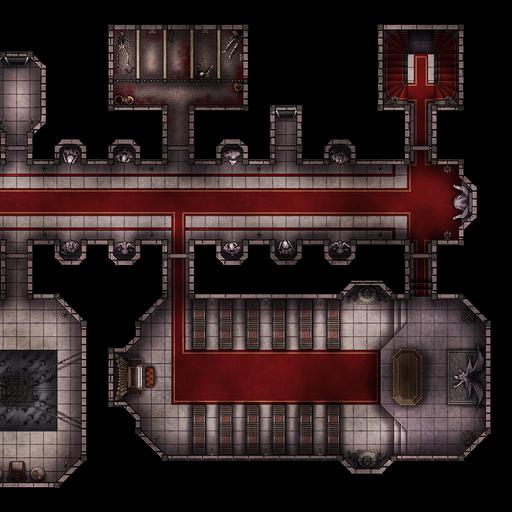 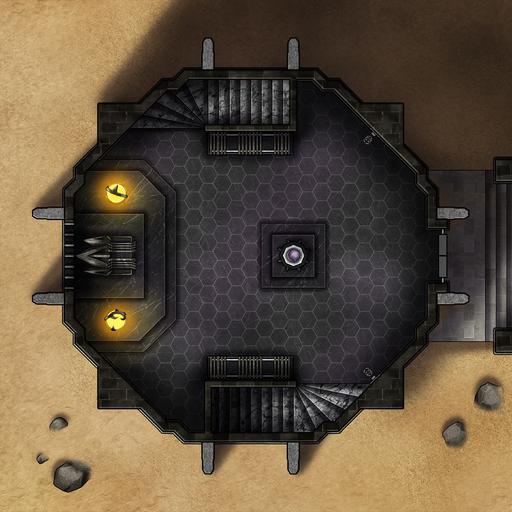 The Hideouts & Lairs Map Bundle 01 contains Day, Night, 'Hidden Secrets' and Unfurnished variants of 19 different maps from 3 different locations, all designed to add some flair to your villains’ abodes. A combined total of over 100 new maps for your campaign in gridded or gridless format!
Whether man or beast, all creatures need a pace to rest their head. You may think that approaching them in such a place would be a good opportunity to catch them unawares, but don't forget that they will have the home advantage. Each map is highly detailed and contains inspiration for plot hooks, quest ideas, heroic deeds and nefarious activities.

The Cloning Lab - Near the peak of the snow covered mountain, behind a pair of solid iron doors, is the former lair of a group of mind flayers. They are long since gone, whether dead or simply elsewhere no one knows, but a series of new structures have been added in recent years. A group of scientists, mages and artificers discovered the lair and are attempting to use the knowledge found there to create artificial human clones.
The lab is accessible only by airship, or those mad enough to brave the frequent blizzards to attempt the climb. The scientists have been stealing people from nearby settlements to perform their experiments on, but so far have succeeded only in creating monstrosities, warped humanoids that exist in constant agony. Unknown to all, the answer to their questions currently lies in a lost chamber below the lab, where one of the former inhabitants still sleeps.

The Tower of Araphel - The black obsidian tower rises sharply among the swirling sands that always seem to encompass it, shielding it from distant view. The stone steps and black columns at its base sit somewhat awkwardly, almost as though it wasn't built here, but was somehow transported to this location after it's construction.
This is the Tower of Araphel, one of the primary acolytes of the goddess of darkness. No one knows the exact origin of the tower, it has been described as existing in numerous different locations throughout recent history. On the subject of Araphel herself, there is even less information. Some books tell of her as an evil presence who seeks power and domination through perverted experiments, others that she is perfectly pleasant and content so long as she is left alone. Either way, if you should happen to stumble upon her tower, whether in the heart of the desert or on an island in the middle of the sea, turn back and leave immediately!

The House of Elazar - Almost everyone agrees that the Elazar Household at the top of the hill is a creepy place at best. Children dare one another to get close enough to touch the heavy iron knocker on the front door before running away squealing, and even the bravest of the townsfolk only walk past if absolutely necessary. The current occupant is Emmanuel Elazar, a pale, gaunt man whose thin features and long sleek hair make him appear much
younger than his 50+ years. He very rarely leaves the house, but it somehow always seems empty anyway.
Emmanuel is in fact a vampire, from a long line of vampires, but he is the first who has not fully embraced the blood curse. The house has been in his family for generations, but seldom used in recent years so Emmanuel returned here in the hope that he could find a way to remove his vampirism without his family knowing about it.