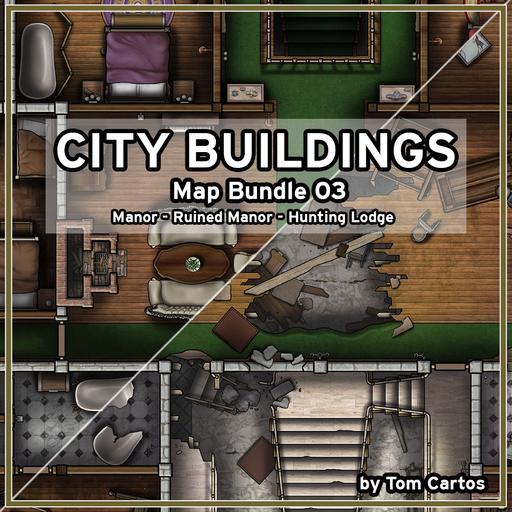 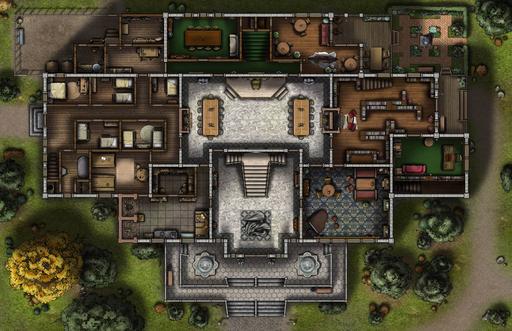 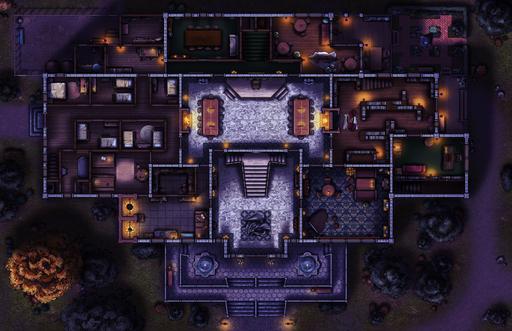 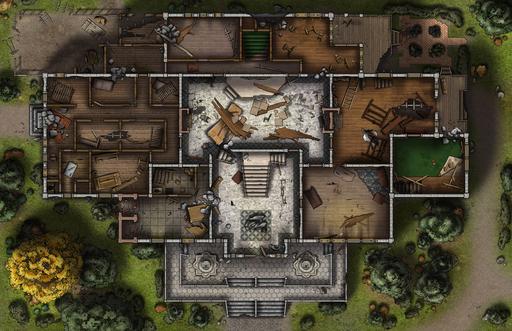 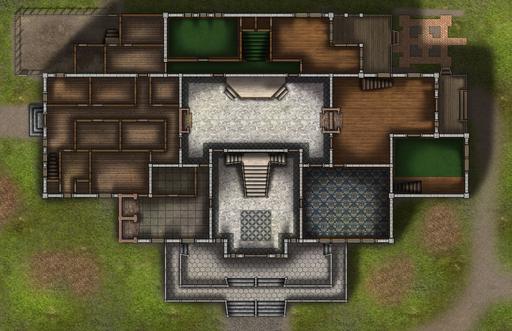 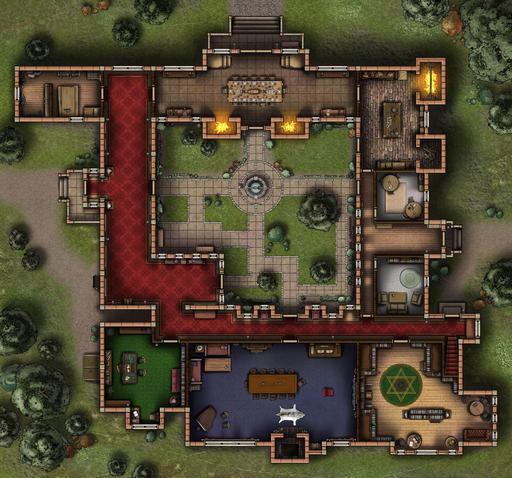 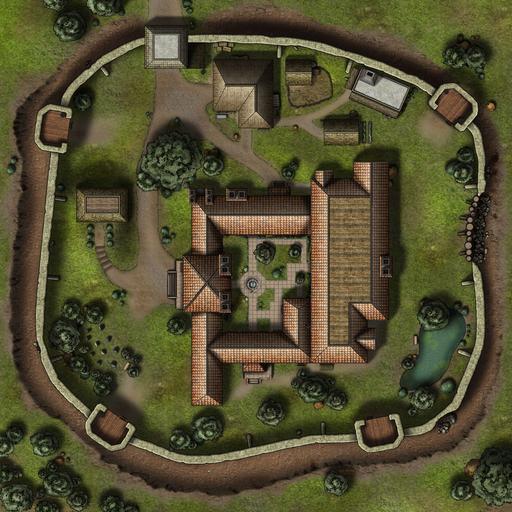 Price: $5.99
Sign In
This Token Set is available in the following bundles

The City Buildings Map Bundle 03 contains Day, Night, 'Hidden Secrets' and Unfurnished variants of 12 different maps from 3 different locations, all designed to help you populate your larger Cities and Towns. A combined total of 38 new maps for your campaign in gridded or gridless format! Each map is highly detailed and contains inspiration for plot hooks, quest ideas, heroic deeds and nefarious activities.

Essenheim Manor - The PCs receive an invitation to a party hosted by the Count Essenheim, a mysterious individual with a chequered past. Sensing a trap, they will likely be wary to go, but the Count himself will not be in attendance and it is rumoured that a vast hoard of ill-gotten riches is hidden somewhere within the Count's manor. Upon entering the vast stately home, the party are greeted by an enormous statue of a sleeping Dragon, an aesthetic that pervades throughout the interior decor. Paintings of the great beasts line the walls, furniture is adorned with carving of wings and claws and even the Counts personal banner features them.
As the night progresses, the PCs can mingle with the other guests, subtly seeking information, or carefully searching the manor for secrets. If they are fortunate, they may be led to a hidden passage in the Counts private study, and the labyrinthian tunnels below. Will they find their way through the ancient maze? Will they question why there is a ladder hidden in the chimney? And will they ultimately discover the treasure room where the Count is lying in wait for them, his great wings folded along his scaly back?

Ruins of Essenheim Manor - Just beyond the tree line, the half shattered roof of the old Essenheim Manor is still faintly visible from the road. Rumours say that the estate was attacked by a Dragon during one of the late Count's parties some years ago. Long stripped of anything valuable, the manor now stands a sombre silhouette, a shadow of its former glory. Some of the workers on the nearby farms have reported hearing demonic wails and howls coming from the manor in the night, and the local guards sent in to investigate a few days ago haven't returned. The PCs have been hired to head up to the manor to remove any beasts or creatures that may have taken residence inside, and to investigate what it is that is making that inhuman sound. There may not be much of a reward, but if the Manor is successfully cleared out and rebuilt, it could make a great home-base for a group of adventurers.

The Hunting Lodge - The party makes camp one night as they travel through the woods to their next destination. One by one they fall asleep, leaving a single lookout. Sometime in the middle of the night a howling can be heard, and in an instant the party are surrounded by half man, half beast monstrosities. They are able to beat back the first wave, but more howling nearby suggests that flight would be in their best interests. Pursued through the night, only just ahead of the creatures and running on fumes, the party spots a watchtower and smoke rising a little way in the distance. They head in that direction in hope of reprieve and come upon a walled lodge. The guards usher them in and help fight back the monsters as they close the gates.
The party are welcomed in by the owner of the Lodge, a young human man who introduces himself as Hirshan, a younger son of a lesser noble house. He says he has 'retired' to the lodge to escape the city life for a time. After being shown around, it becomes apparent to the party that many of the inhabitants have fallen prey to a mysterious illness and are being cared for in a makeshift hospice in one of the guest bedrooms. Hirshan tells them not to worry however and says they can stay as long as they wish, but when they try to leave every excuse is made to ensure they do not. It seems Hirshan has a secret, and no one outside can be allowed to know.