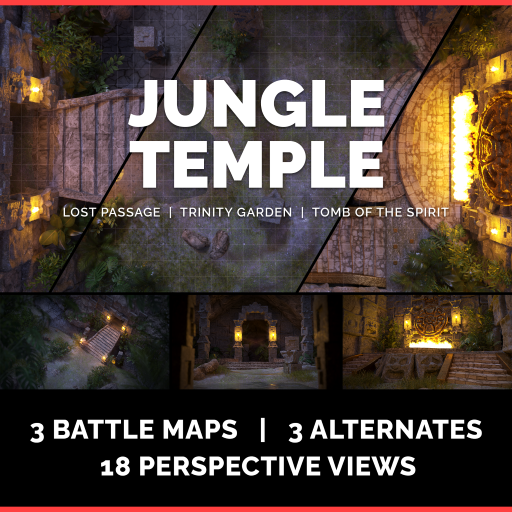 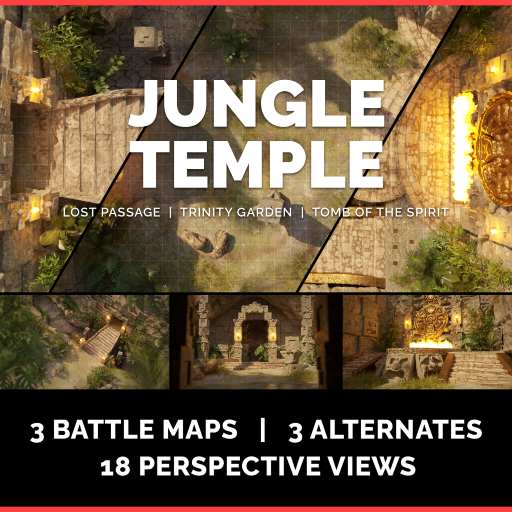 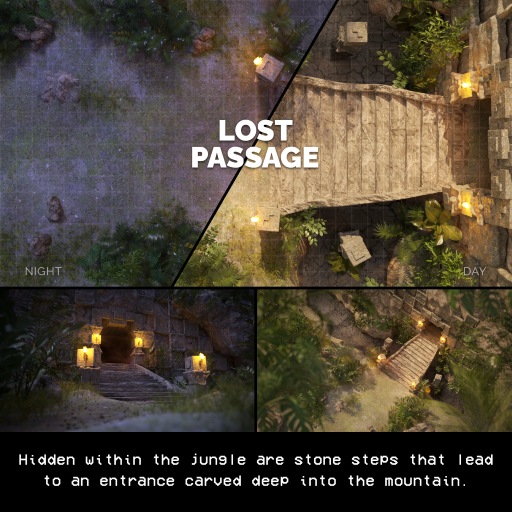 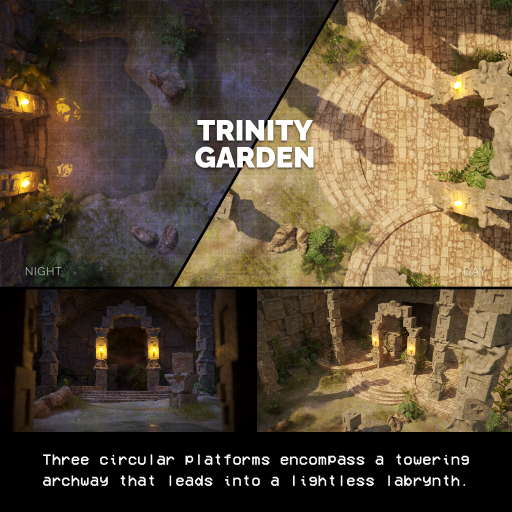 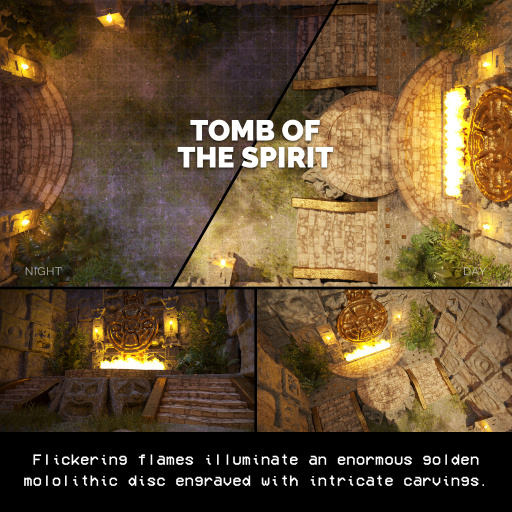 This is a Map Pack of 3 maps, all surrounding a common theme. They have been designed to flow into one another to create a series of encounters as you travel through the fortress. Each map has an alternate version as well as several perspective views of the battle map.

Beyond the furthest reaches of the densest jungle, a hidden temple adorned with torches unveils itself. Ascending the stone stairs, the passage into the ancient dwelling only reveals darkness but beckons adventurers nonetheless. Open-air rooms and tunnels lead through an enclosed garden meadow and into the innermost chamber of the temple, where a spirit dwells from long ago.

Map 1: Lost Passage
Hidden deep within the thick jungle foliage stands a towering wall of stone that is built into the mountainside. Wide stone stairs span across a shallow pond of water, leading upward towards an entrance confined by finely-carved blocks of stone. Only darkness looms from within the desolate temple passage.

Map 2: Trinity Garden
Shallow water has pooled near the exit of the passageway as plants of many kinds are spotted all throughout. Stone block columns rise upwards, reaching for the skies high above the open-air garden. Three circular platforms encompass a towering archway that leads into a lightless labyrinth of meandering tunnels.

Map 3: Tomb of the Spirit
Emerging from the dark passages, the space opens up and reveals the sky once again as massive stones line the rocky walls of this ancient tomb, some seeming to even resemble faces. Flickering flames illuminate an enormous golden monolithic disc engraved with intricate carvings from a spirit who has been long forgotten.

Items included in this Map Pack: