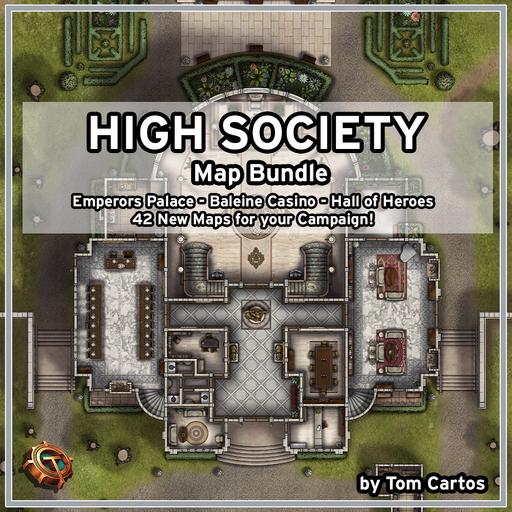 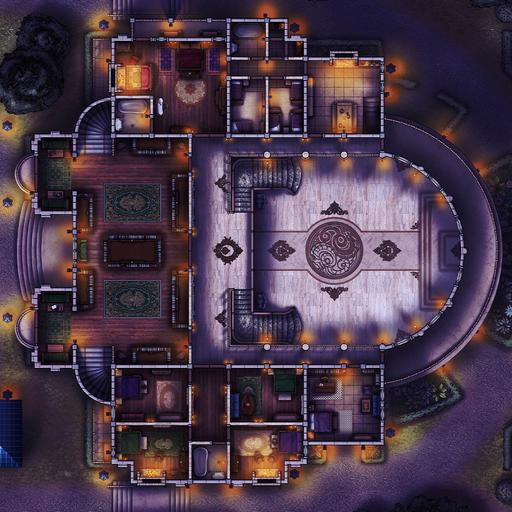 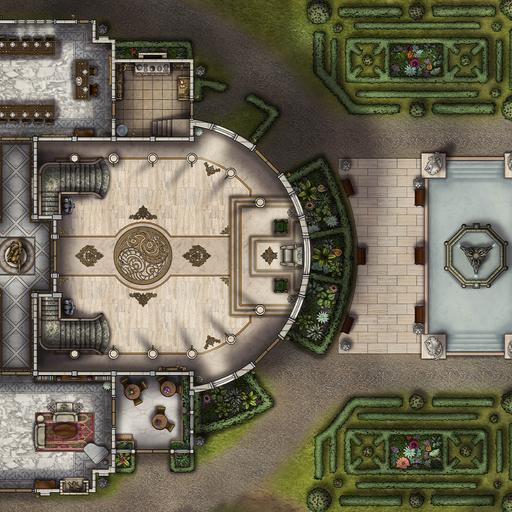 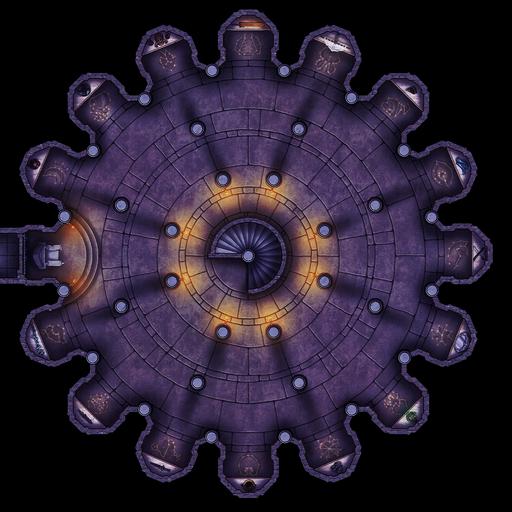 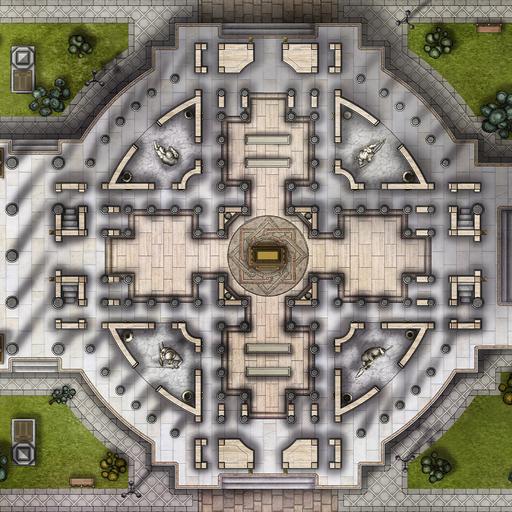 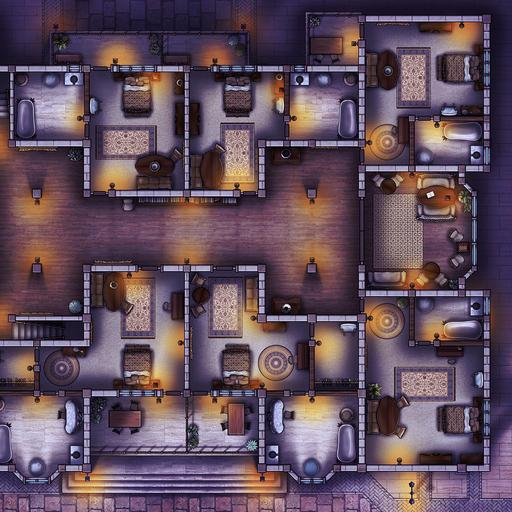 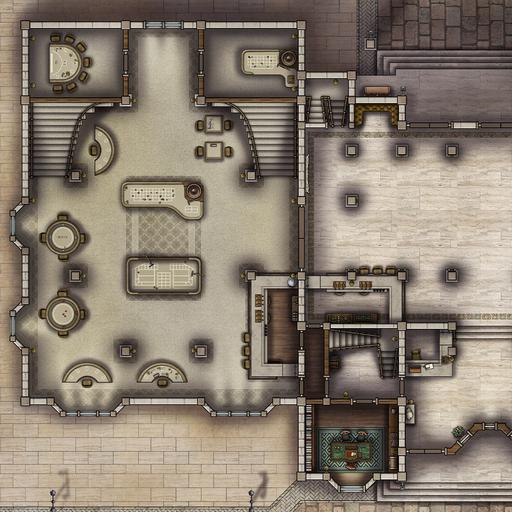 Price: $6.99
Sign In
This Token Set is available in the following bundles

A combined total of 42 new maps for your campaign in gridded or gridless format. At a certain point, your adventurers deeds may introduce them into the city’s high society and elite class. Much more luxurious certainly, but no less dangerous.

Baleine Casino - Located in the cultural quarter of the city is the infamous Baleine Casino. The proprietor, Artor Cetasai, is outwardly a very gregarious fellow, well known for the lavish parties he throws in the Baleine’s ballroom. However, those who know him well would describe an astute businessman who only spends money when a return on investment is all but guaranteed. His parties and affable nature are simply a way to ensure the most influential and wealthiest socialites continue to spend money in the casino, and be seen doing so.

Hall of Heroes - The Hall of Heroes celebrates the lives of those who went above and beyond to protect the city and its people. Mighty warriors, powerful mages, pious healers and even some who may not have lived entirely good lives, but still did great things. The tholos stands as both a memorial to, and a repository of their stories. Many come here to pay their respects, learn about the mighty deeds of champions past, or to find inspiration to be a hero in their own right.

Secreted below the grand public corridors of the tholos is a secondary hall, known only to a few senior members of the Guild of Heroes who currently maintain the building above. This vault is centuries old and houses ancient relics of an order of warriors from the distant past. Once a meeting chamber for some of the most powerful beings on the planet, it is now mostly forgotten, locked away and hidden to keep the magical artifacts out of the hands of any mortal foolish enough to think they could control them.

Palace of the Emperor - Since the city’s founding, it has been ruled over by a single dynasty. For most of the family’s history, there has been peace and content within the empire. Through trade and negotiations, the city has grown fast and strong, and their external enemies have been kept at bay.

However, the previous emperor and his wife died under suspicious circumstances while at sea. The current emperor is their young daughter, Tillith Dorran. Due to her age and inexperience, she if advised by a group of ministers. In the years since her reign began, corruption has seeped into the higher echelons of society, while poverty takes over those at the bottom. Groups have appeared throughout the city and the empire, talking of overthrowing the emperor through open rebellion.