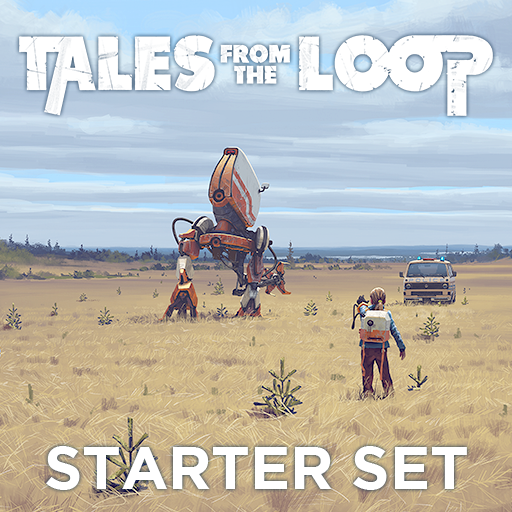 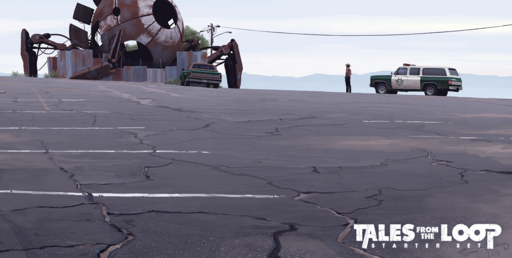 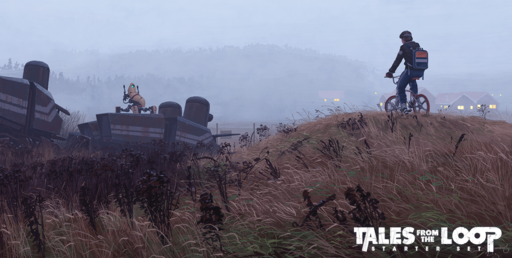 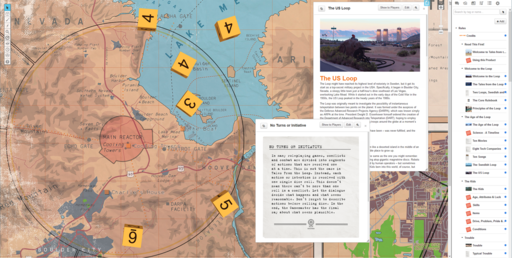 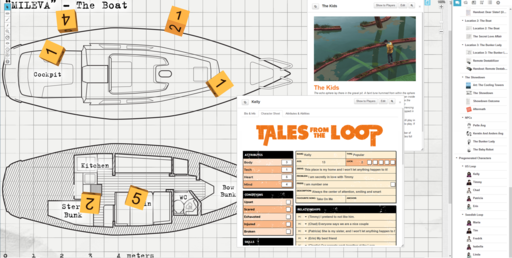 Tales from the Loop Starter Set

Roleplaying in the '80s that Never Was

As the robot thundered across the rye field towards the police van I realized a line had been crossed, and that it had been crossed many hours earlier that day. Maybe it happened when we broke into the warehouse down at Sätuna, when Olof found that strange backpack. I should have realized it then – when Olof slipped his hand into the big glove and the Thing under the tarp came to life. Or maybe it all started when we ran away from home before lunch?
Summer days are so full of events, it’s hard to remember how they all fit together.

Simon Stålenhag is the internationally lauded artist and author of Tales From the Loop and Things From the Flood, narrative art books that stunned the world with a vision of an alternate Scandinavia in the 1980s and ‘90s, where technology invaded tranquil landscapes to form an entirely new universe of the eerie and the nostalgic.

Now, you can step into the amazing world of the Loop. In this tabletop role-playing game based on Simon Stålenhag’s books, you’ll play teenagers solving spectacular mysteries connected to the Loop – just make sure you’re home in time for dinner. This Starter Set includes everything you need to begin:

Roll20 Only Features include: