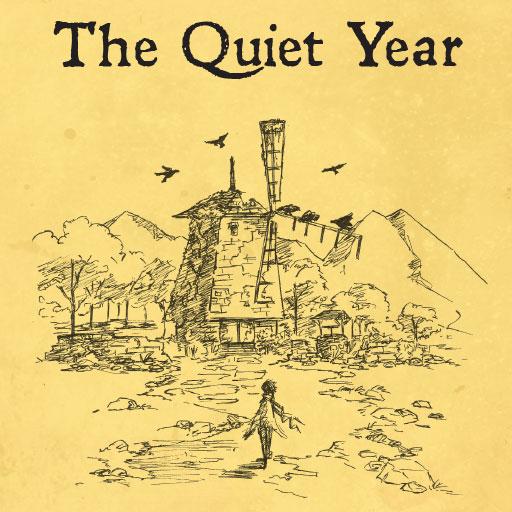 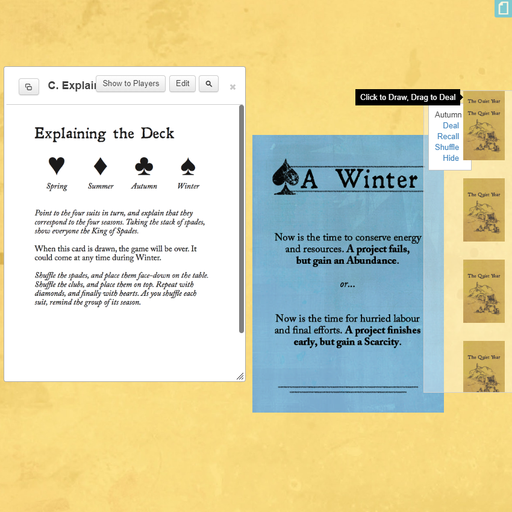 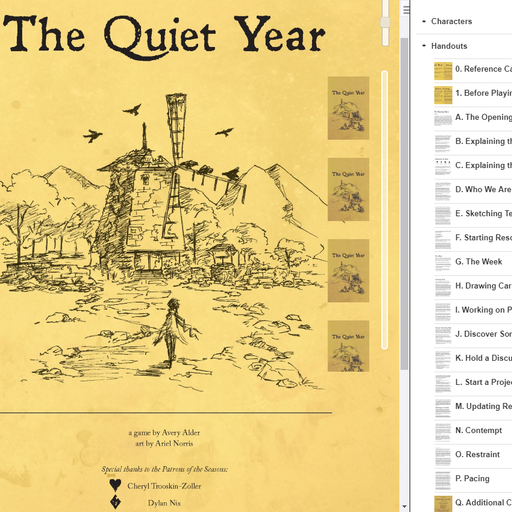 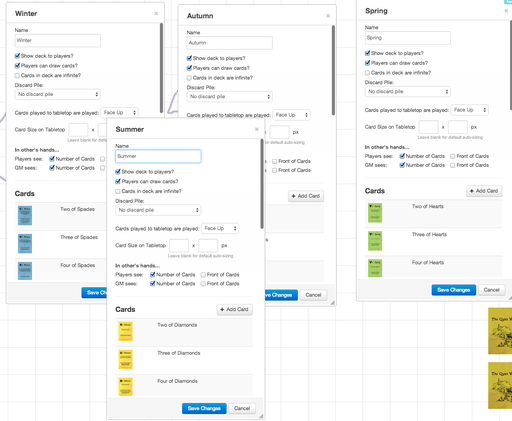 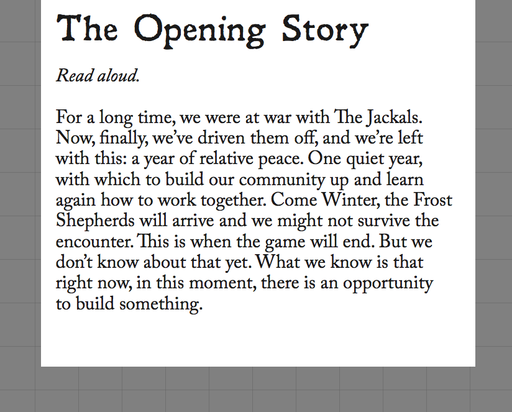 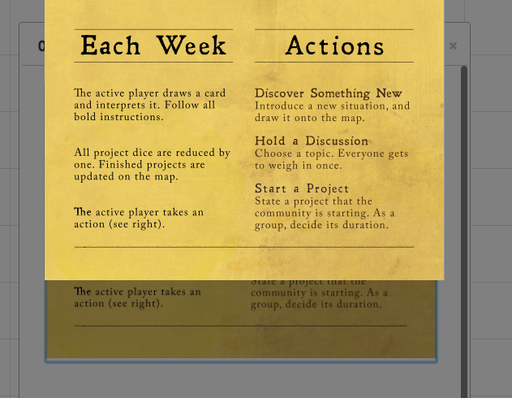 For a long time, we were at war with The Jackals. But now, we’ve driven them off, and we have this – a year of relative peace. One quiet year, with which to build our community up and learn once again how to work together. Come Winter, the Frost Shepherds will arrive and we might not survive beyond that. But we don’t know about that yet. What we know is that right now, in this moment, there is an opportunity to build something.

The Quiet Year is a map game. You define the struggles of a post-apocalyptic community, and attempt to build something good within their quiet year. Every decision and every action is set against a backdrop of dwindling time and rising concern.

The game is played using a deck of cards – each of the 52 cards corresponds to a week during the quiet year. Each card triggers certain events – bringing bad news, good omens, project delays and sudden changes in luck. At the end of the quiet year, the Frost Shepherds will come, ending the game.

For 2 to 4 players one of whom also acts as the facilitator. Games should last from 2 to 4 hours.

Downloadable PDF, Handouts, & Use of Decks.