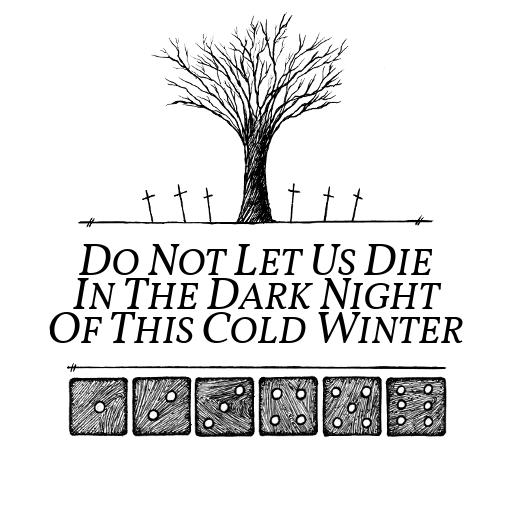 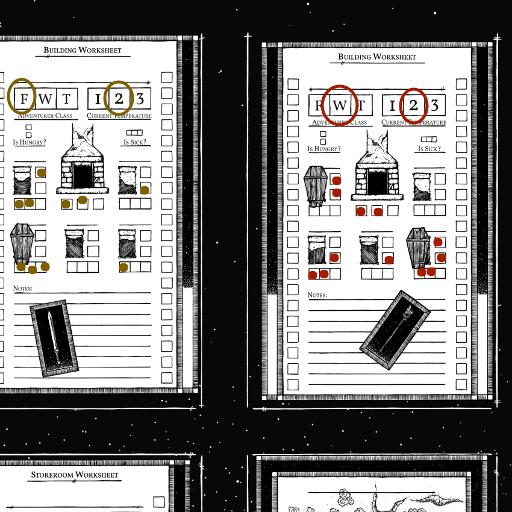 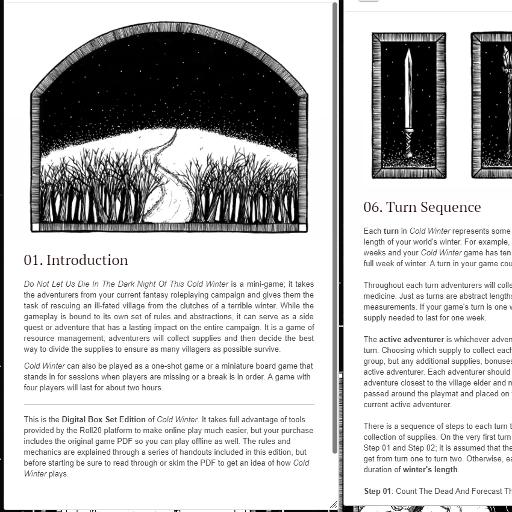 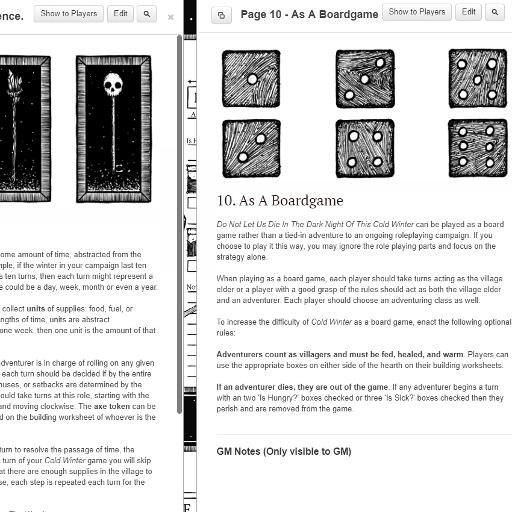 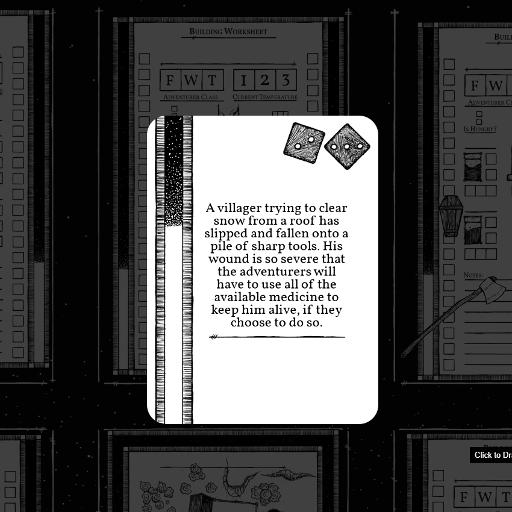 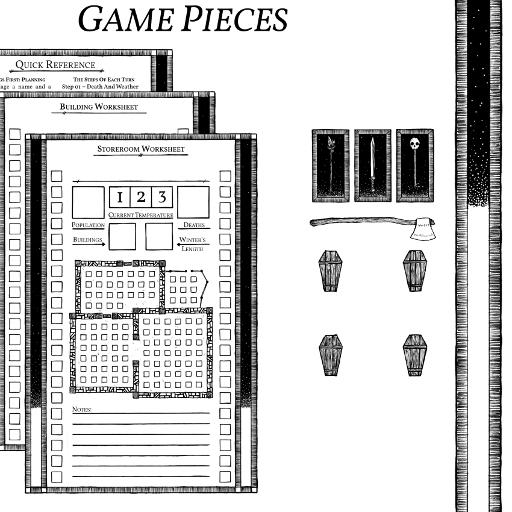 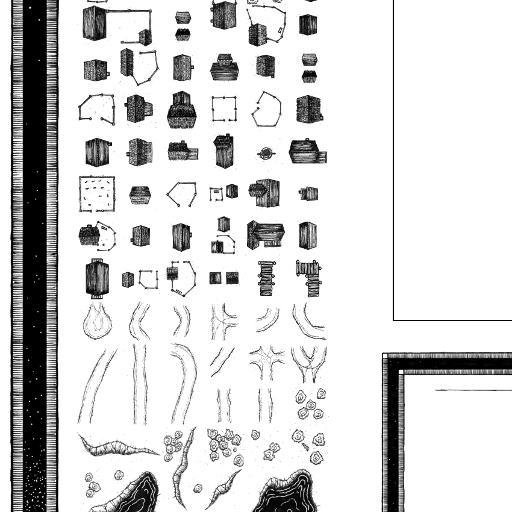 Our siren song is the crow's shriek. The storeroom has been ransacked; the shelves lie naked and the empty barrels din like hollow bones. Folk scurry from home to home through the knee-deep snow, begging for scraps of food and furniture to burn. Many have fallen ill and no end to their fever can be found. Others have gone on frost-bitten toes into the forest for firewood and have not returned...

Our pain is as bitter as the biting, frosted wind and I fear we will not live to feel the first warm rays of spring's sun. I beseech you, do not let us die alone and frozen during the darkest nights of this coldest of winters.

A game of managing resources...

Cold Winter is an entire winter in a single session; it takes the adventurers from your current fantasy roleplaying campaign and tasks them with rescuing an ill-fated village from the clutches of a terrible winter. While the gameplay is bound to its own set of rules and abstractions, it can serve as a side quest or adventure that has a lasting impact on the entire campaign. It is a game of resource management; adventurers will collect supplies and then decide the best way to divide the supplies to ensure as many villagers as possible survive.

It can also be played as a one-shot game or a miniature board game that stands in for sessions when players are missing or a break is in order. A game with four players will last for about two hours.

Content Warning: While Cold Winter does not contain any explicit material, overly violent descriptions or frightening artwork, it does deal with heavy themes such as starvation, injury, illness, and mental anguish caused by environmental stress. If I had to rate this product I would rate it PG-13. - Cecil.