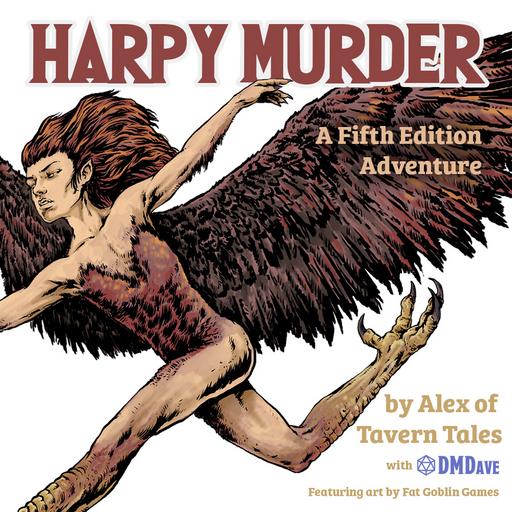 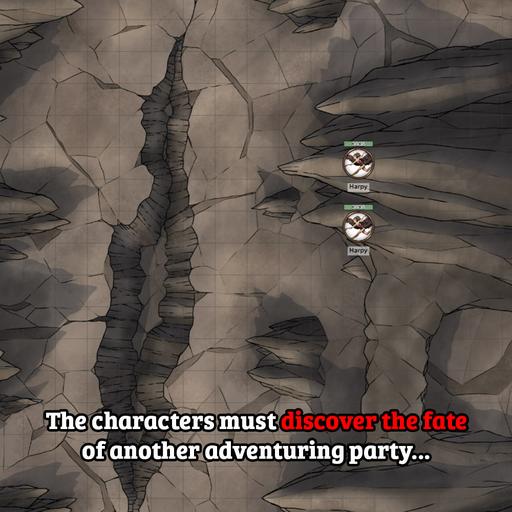 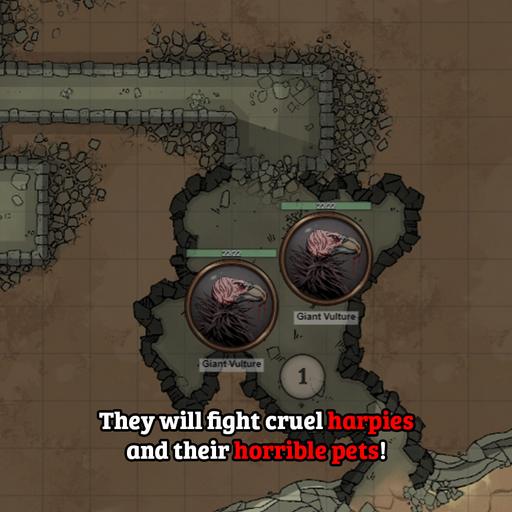 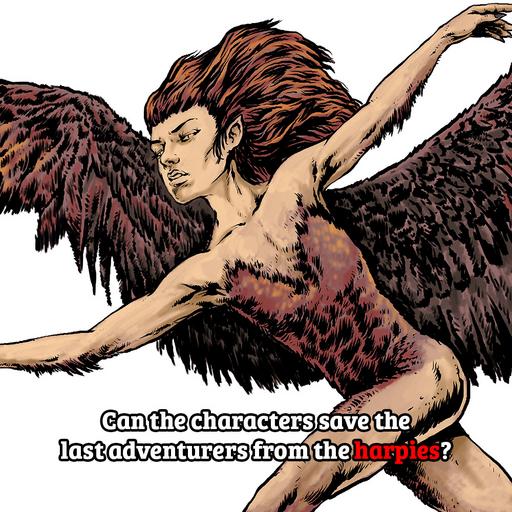 Harpy Murder is a Fifth Edition adventure designed for three to six 2nd- to 4th-level characters and is optimized for four characters with an average party level (APL) of 3. Can the party uncover the grisly fates of a previous adventuring party and defeat the threat which hunts on the outskirts of civilization? This adventure takes place near the village of Steeproost in the Vaskil Valley in the DMDave Worlds' Omeria setting but can easily be placed in any setting or campaign that might have hilly and mountainous terrain and an abandoned mountainside outpost near a fledgling frontier village. This adventure can be played as a one-shot adventure or placed into a longer-running campaign.

The frontier village of Steeproost must work ceaselessly to protect itself against the threats which lurk in the wilderness. Luckily, many adventurers can be found in Vaskil Valley looking to test their mettle and earn fame and fortune in its forests, hills, and mountains. One such group of adventurers was recently contracted by the village of Steeproost to address the increasing harpy presence in the region. The harpies, led by one calling herself Meselle the Blooddrinker, have been ambushing travelers along the east road out of Steeproost, gleefully torturing and murdering their targets while occasionally sending survivors back to the village to tell their tales of the harpies’ butchery. Pushed out of their nests further west by the advancing Wyvern Kings, Meselle and her flock have established themselves in an abandoned Kuzhuk outpost in the mountains of the Belly of the Beast. Woefully underprepared, the adventuring party tasked with eliminating them was destroyed. Three of its members were swiftly murdered and the fourth was taken to the outpost for the harpies' extended enjoyment. Steeproost cannot tolerate this vile presence any longer—the second group of adventurers must not fail.

Install this Add-On via the dropdown menu in the Game Addons section of the Game Details Page. Select Harpy Murder and click on the blue Add to Game button beside the drop down menu.