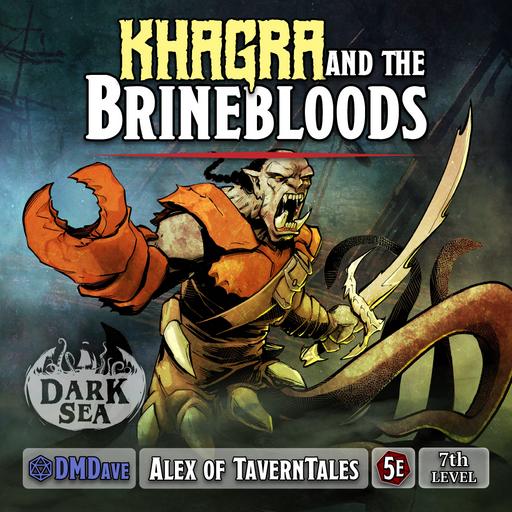 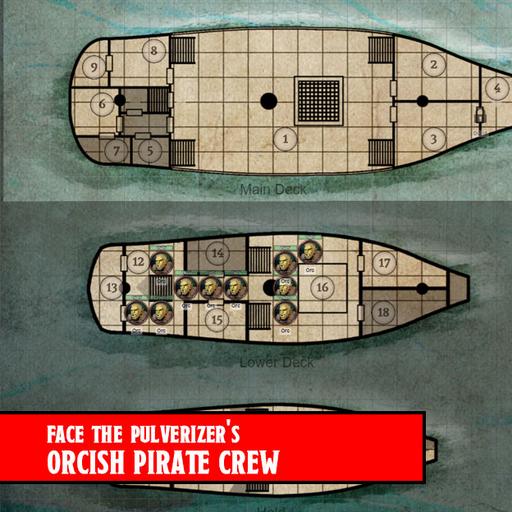 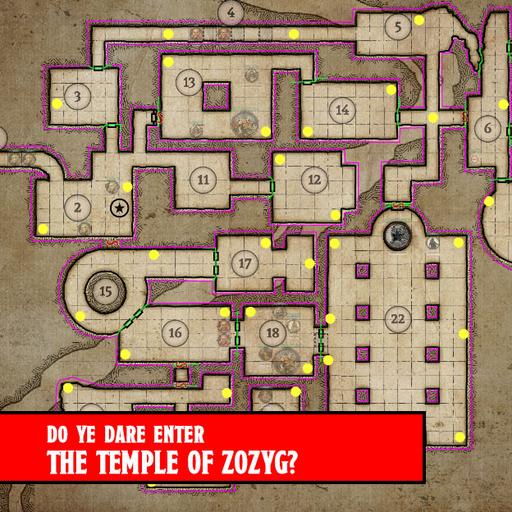 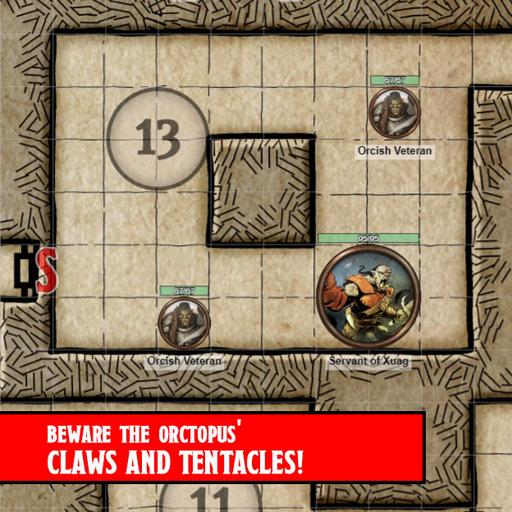 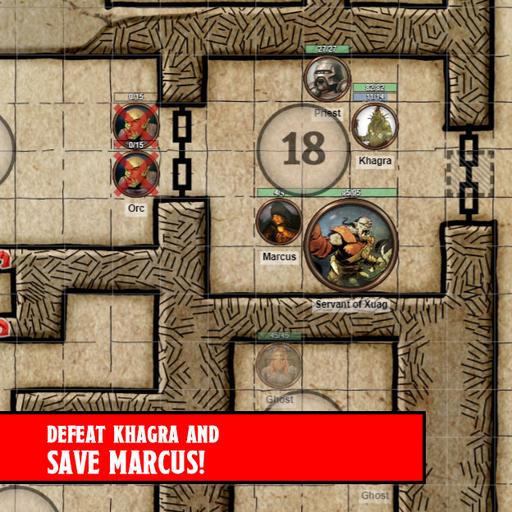 Venture into an ancient temple and battle a pirate captain in this seafaring adventure!

Khagra and the Brinebloods is an adventure for three to seven characters of 6th to 8th level, and is optimized for four characters with an average party level (APL) of 7. The coastal town of Ash Hollow has been beset by hideous horrors that attack their boats and threaten their prosperity: the Servants of Xuag, creatures half orc, half squid, and entirely monstrous and brutal. While many are ignorant of their origin, there are a few that understand that Khagra, the orc warlock, leader of the Brineblood clan, and dutiful subject of the fabled kraken, Xaug, is responsible for creating these abominations and setting them loose upon the people of Ash Hollow. But why? Recently, it has been discovered that the Brinebloods anchored their ship and set up camp on a thin coastline under the Gretter Cliffs, where the rumored artifact, the Spear of Ktji, is said to be entombed in an ancient duergar temple deep within the rock. What Khagra and the Brinebloods could want with the Spear of Ktji is anybody's guess, but there is much interest in stopping them. In this adventure, players will have to chase down the Brineblood clan, defeat Khagra, and uncover the secrets of the ancient temple of the duergar.

A thousand years ago, the duergar worshipped Zozyg, the great leviathan and equal to the kraken Xuag. The kraken and the leviathan were fierce enemies for millennia, until Zozyg was finally bested and killed by Xuag in combat. High on the thrill of victory, Xuag brought his rage against the duergar, destroying their people and their creations over the following years. Though much was laid to waste, one relic of the duergar remains, hidden deep within the Getter Cliffs near Solemn Beach—the Temple to Zozyg. The Temple to Zozyg is where the duergar kept the fabled Spear of Ktji, a powerful artifact crafted by the duergar priest, Ktji, from a tooth of Zozyg. Said to be capable of felling great beasts with a single strike and having the power to command waves, he or she who wields the spear demands respect on the open sea. This secret was lost to history until recently, when Khagra was given a vision of its location by his patron Xuag, the slumbering kraken. Empowered with Xuag's blessing and inspired by the kraken's command, Khagra has set out to the Gretter Cliffs to retrieve the spear in the name of his patron. Using the ancient eldritch magics gifted to him by the kraken, Khagra has turned the most loyal of his Brineblood followers into Servants of Xuag, and has been using them to terrorize any ship that dares sail towards the Gretter Cliffs and Solemn Beach, the area of coastline where the entrance to the temple can be found. After finding his way into the temple hidden within the rocks, Khagra has been working methodically to bypass its traps and protections in order to reach its depths, where the Spear of Ktji rests.

Install this Add-On via the dropdown menu in the Game Addons section of the Game Details Page. Select Khagra and the Brinebloods and click on the blue Add to Game button beside the drop down menu.