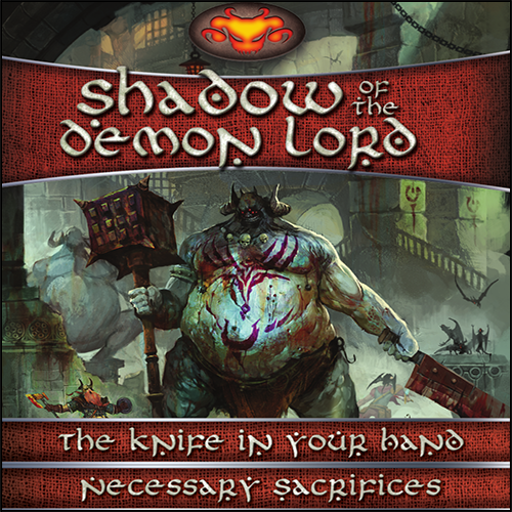 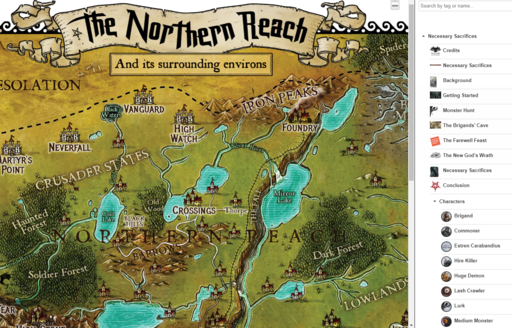 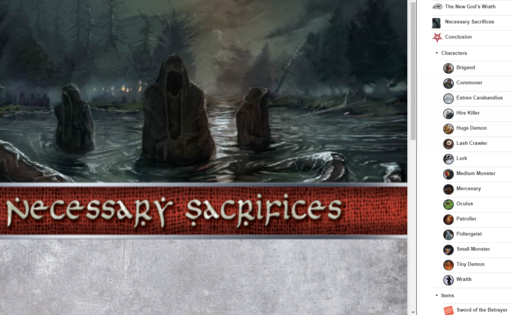 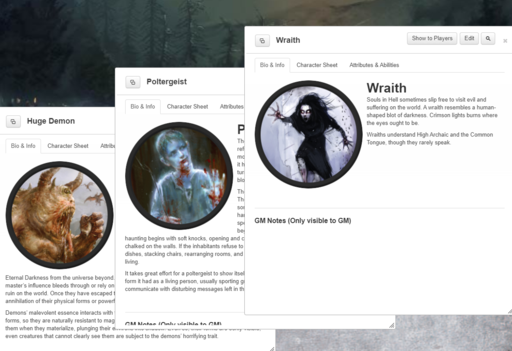 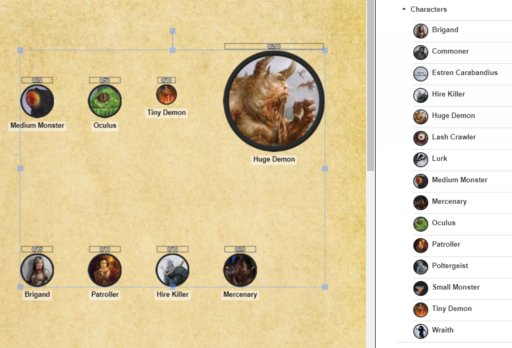 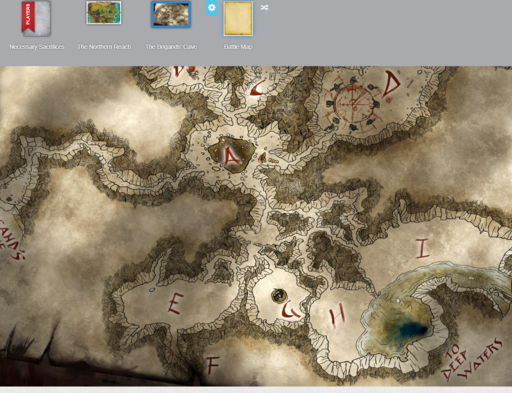 Shadow of the Demon Lord Adventures for Novice Characters

Life on the edges of the Empire offers none of the protections enjoyed by people who live within the bounds of civilization. The roads in this wilderness wind through a countryside overrun with terrible monsters, foul beastmen, and other horrors. Any stand of trees might shelter a band of brigands. The burned-out hulks of farmhouses and abandoned carriages offer testimony to what happens to those who fail to take sufficient precautions when they cross the gloomy countryside. People living on the frontier survive by using whatever is available to them. For some, this means relying on a trusted witch or a few stalwarts with keen eyes and sharp swords. Others might depend on something more sinister to protect themselves.

Necessary Sacrifices draws a group of novice characters into a tangled situation in which nothing is quite what it seems. The choices the characters make while embroiled in numerous dangers, even ones made out of kindness and empathy, could have dire repercussions. The characters complete the adventure when they unmask the true threat and destroy it.

The Knife in Your Hand

The legend of the Beast of Valderhalen Hollow is a tale long told, but rarely told the same. In some versions, the Beast is a horrific monster that captures and devours the good-hearted, the kind, the innocent. In others, the Beast is a savior, a true protector of the very things it is so wrongly accused of devouring. And in others still, the Beast is but a dragon like any other, a fire-breathing hoarder of treasures and time. But one story persists above all others: that of the Beast as the keeper of the Savage Ornament, a profane blade whispered to hold the power to slay anything, even the Beast itself. In truth, the Beast—like all subjects of fable—is all of these things, and much more.

The Knife in Your Hand is an adventure for novice characters that forces the group to make tough, life-changing (and possibly life-ending) decisions in a world where nothing is clearly black or white, but instead grey, with splashes of red. It offers a story of triumph and survival, and the myriad ways in which those two intertwine to define our lives. In the end, the characters must choose how best to use the weapon given to them, for a blade does not become life, or death, or redemption until it is wielded by a hand that makes it so. 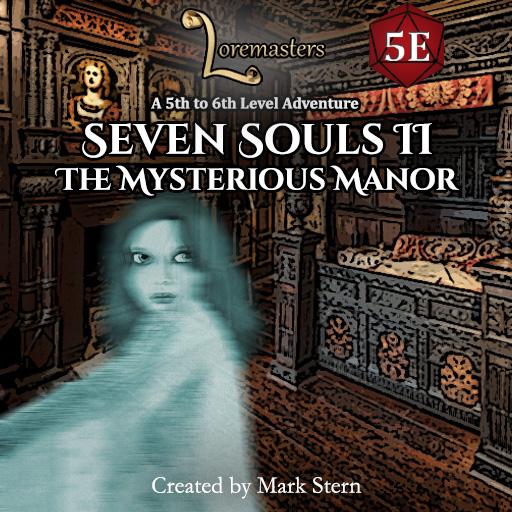 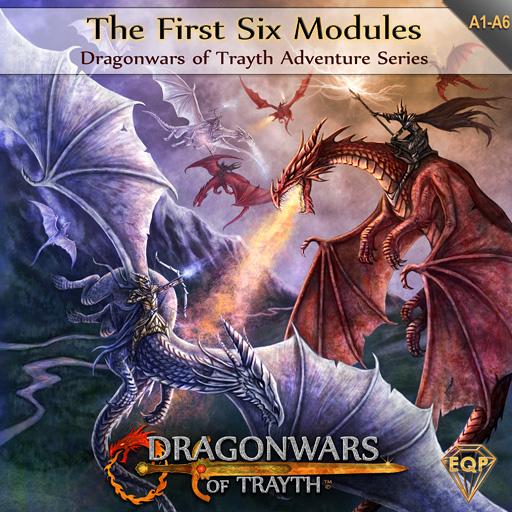