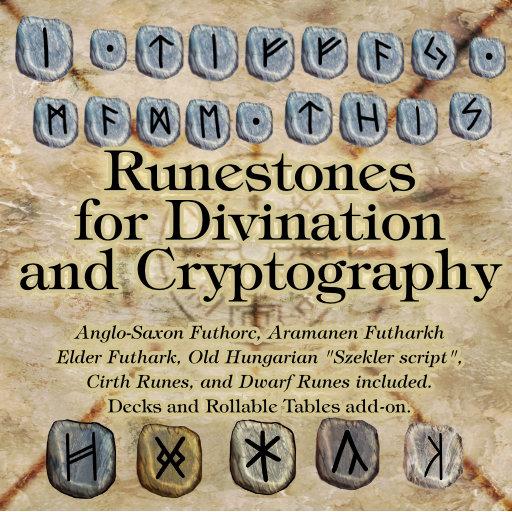 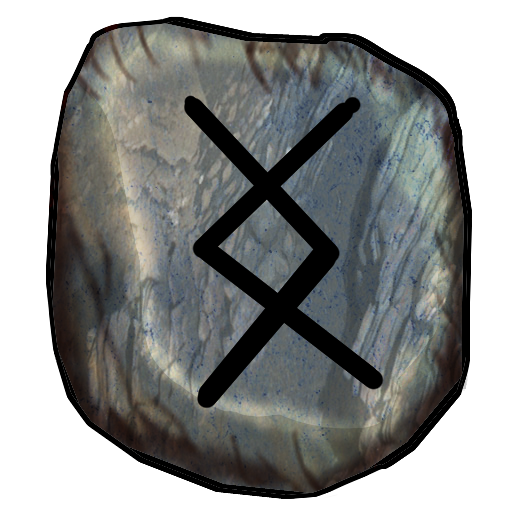 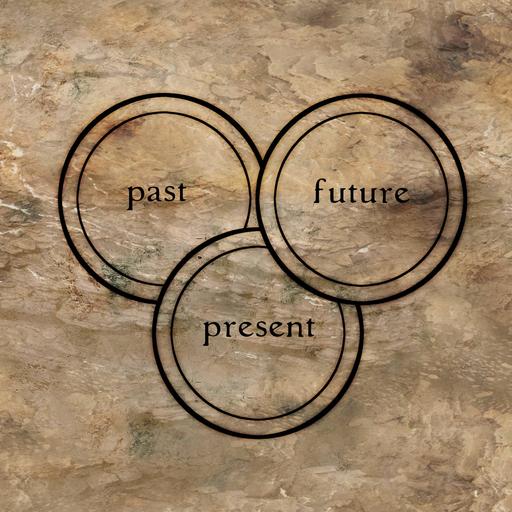 This addon kit contains 6 different runic alphabets designed to resemble runestones for divination purposes. They can be used for cyphers, codes, decorating your dwarf dungeons, populating your Viking historical fiction, adding a layer of mystery to your witch's lair, identifying those occultist murderers... anything you can imagine using some sets of mysterious runes!

This is a game add-on. It will give you the game 'Runecasting' with each background stage set up with all 6 rollable tokens on the board. These can be removed and altered, by going into the menu on the right and finding "decks and tables". Each alphabet has been set up as both a deck and a table, so you could use them for gameplay and also present an array of blank tokens allowing a player to 'pick' one and place it on the board, revealing the rune they placed. This can be used for mock divining in a roleplay scene, as well as an elaborate randomized alternative to number and letter tokens, giving a more mystical feeling than the English alphabet can provide. You could also use it to play simple card type games. Simply duplicate the game and use it as a base to create your own enchanting world full of witches and pagans or elves and dwarves. It also includes cipher charts for all of the alphabets set up as handouts, and information about the oracle meanings on two of the rune alphabets: Elder Futhark and Aramanen Futharkh as handouts. Finally, it includes a list of 18 charms associated with the Aramanen Futharkh taken from an ancient poem which could be used for clues or game mechanics, and a short translated section of the poem.

If you would prefer a downloadable image pack that you can use to place runes on your own maps outside of Roll20, to create your own stage and scene, that is available separately, check my items for the image pack!

Each set includes one blank, if you require more symbols on that base.

Anglo-Saxon Futhorc was used by the ancient Anglo-Saxons, having evolved from Elder Futhark (also included), in the 5th to 11th century. They were used by the Old English and the Old Frisians.

Aramanen Futharkh. These are especially designed as divination runes, as it is the only set including both the upright and tilted / negative variation of the stone. Historically, some consider them to be outright fictional. They are fondly appreciated by occultists and have several overlaps with the variations which evolve. They are very similar to Younger Futhark (not included) and are mostly used in Germanic neopaganism these days. I numbered this set, as the most common rendition for prophetic use is a circle with each rune numbered and you can easily find more about that symbol from the number associated. These would be excellent in a game involving ancient or neopagan Germanic occultism, a great trope for Cthulian and Lovecraftian types of games.

Cirth Runes, excellent for your One Ring, Middle Earth Adventures, and dwarvish lairs. These are best known for decorating the tomb of Durin in the Mines of Moria and would apply very well to map decorations in that setting, but they do not carry any mystical meanings.

Dwarf Hobbit runes. This too is a strongly Middle Earth / Lord of the Rings kit for you Loremasters running campaigns full of orcs, elves, and hobbitses. Best known for appearing in the Hobbit, this is the closest English cipher and easy to decode. I included some extra punctuation marks which I invented as a teenager for the convenience of sending cypher messages in runes. Due to the near complete overlap with English characters, this set will be best used for coded mystery gameplay and would work well in any Dungeons and Dragons sort of game where codebreaking puzzles or mysticism might be desirable. However, none of these runes correspond to any known divination chart.

Elder Futhark, the original inspiration for the dwarf runes. These wre used by Germanic tribes in the 2nd to 8th century in proto-Germanic and proto-Norse languages in that time period. I have included their traditional names so you can research them if you desire to know more about their alleged divination properties and what they represent. This set would be well used as a divination casting set for a witchy roleplay, but also has a decent amount of overlap with English and a strong familiarity for those of the correct cultural heritage. It eventually simplified to younger Futhark (not included, as it more or less overlaps with Aramanen Futharkh) and Anglo-Sakon Futhorc (included).

Old Hungarian Runes, otherwise known as "Székely rovásírás", or Szekler script! It might have originated from Old Turkish and they're a set of runes all their own, with sounds that connect to Turkish and Arabic languages rather than English. These are a fun outlier. Hungarian runes are read right-to-left and were used in the 12th-17th centuries, with some recent revival. They do not cross over with the English language in many cases, with vowel variants and such fun characters as "dzs". While you will see many familiar runic characters in this set, there are also some unique runes which only exist in the Hungarian historical runes, so I elected to include it for artistic fun. Perhaps they could be used in an alien lair too, as some of them are unusually round for runestones. Hungarian Neopagans have found contemporary use for the script, and it has seen a recent revival, though I don't know if it connects to any specific divination tradition.

Finally, I have included 7 different simple staging backgrounds for runecasting roleplay scenes. They are 20x20 squares at the 70 pixel setting. Each has been included as a separate page. Two are contemporary with three circles, past/present/future, with and without text. The other are based on a 9 slot Norse system, one with numbers, one with traditional Nordic locations, one with modern categories that are more like what one would use for a tarot reading, one blank, and one with a vegvisir. The vegvisir is a runic symbol that is said to help one safely find their way. Which of course is curious given it resembles a compass so very strongly. Because of this I could not resist using it on one of the staging backgrounds. 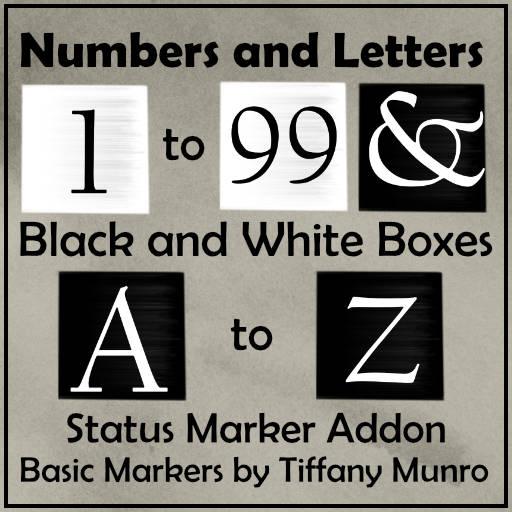 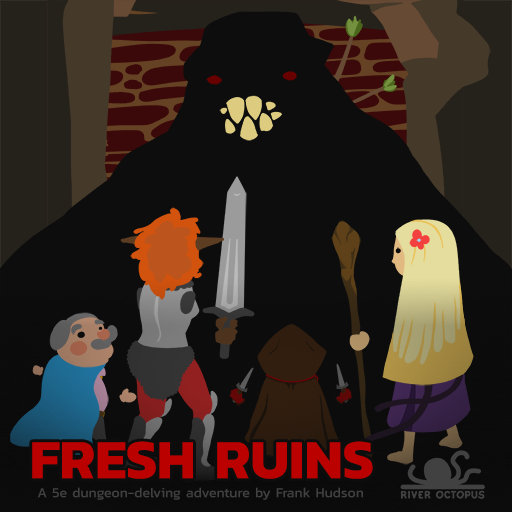