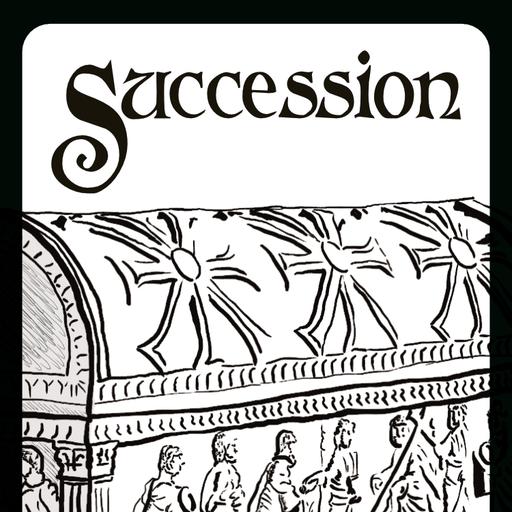 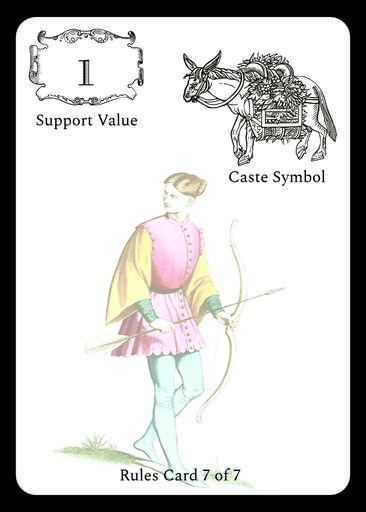 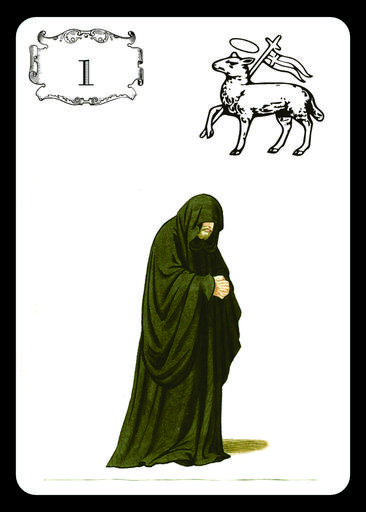 The King is Dead!

But who is going to be next on the Throne? In this game you will be collecting supporters for your attempt to become the next Monarch, playing cards in a way similar to Crazy 8s and Mau Mau.
Your society has a number of Castes (Commoners, Merchants, Military, Nobles, and Priesthood) and they tend to stick together; when you might expect them to pledge support to you they may pledge their support to one of your rivals instead!!

This is a card game for 3+ players, aged 8+, which plays similarly to Crazy 8s, Mau Mau, and Uno(tm) except each player has their own discard pile, rather than a common discard pile. To add a little more depth to gameplay, there are Special Action cards and Cultural Dynamics cards.

Every player starts the game with one card in their Support Pile, and a hand of five (5) cards. Then, like Crazy 8s and Mau Mau, you have to discard from your hand matching value (number) or Caste ("suit")... BUT... the different Castes in society don't really like mixing with others and tend to stick together. When your discard could be played onto the Support Pile of a player sitting next to you, you instead discard it there OR... you convert them into a traitor and place them face down in your pile. Next turn, you can just play any card out of your hand into your own Support Pile and ignore the Support Piles of others. Those pesky traitors do come back to get you and hurt your Support at the end of the game.

The player with the most Support at the end of the game wins.

In addition there are two sets of cards (one is an extended deck containing Special Actions) and Cultural Cards which affect how the game is played to add some variety and a little more depth for those who want to spice the game up a bit more.