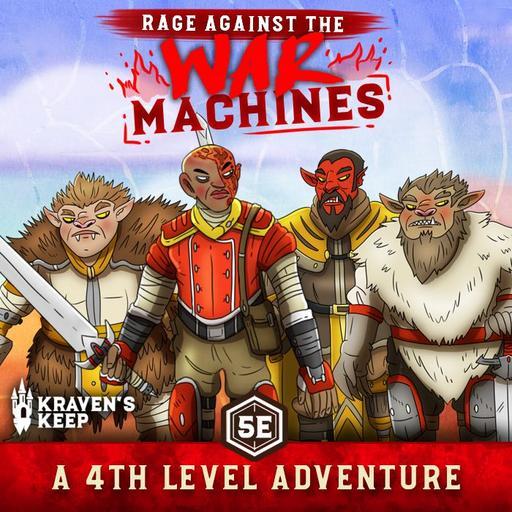 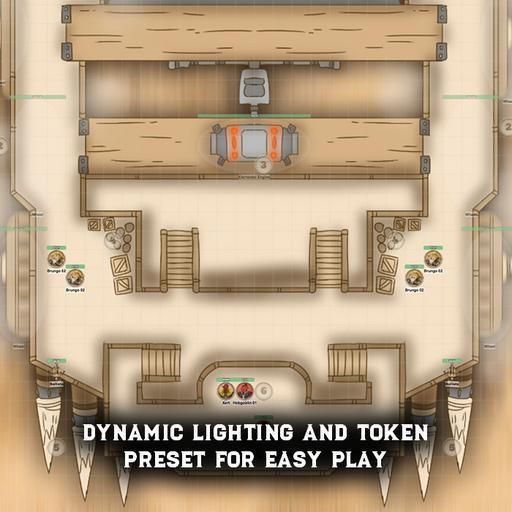 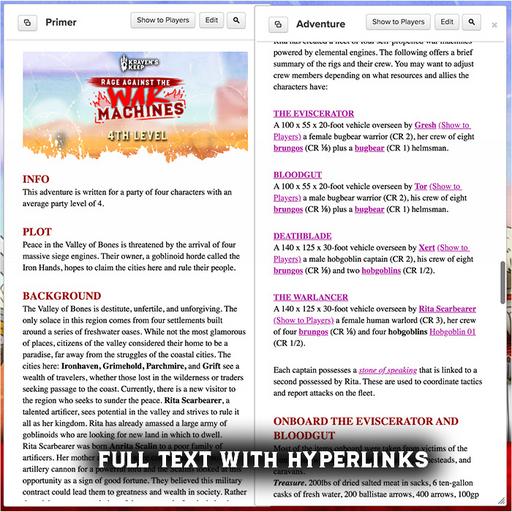 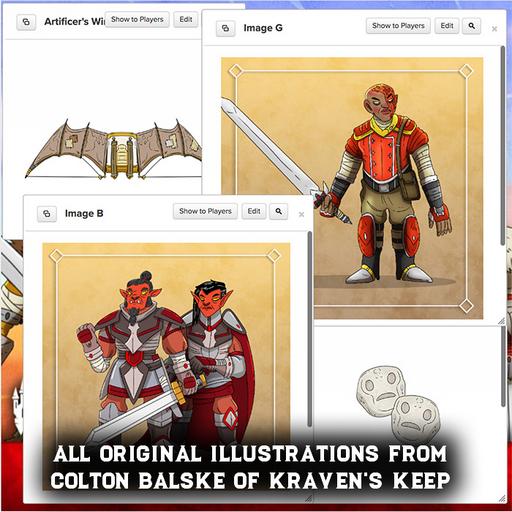 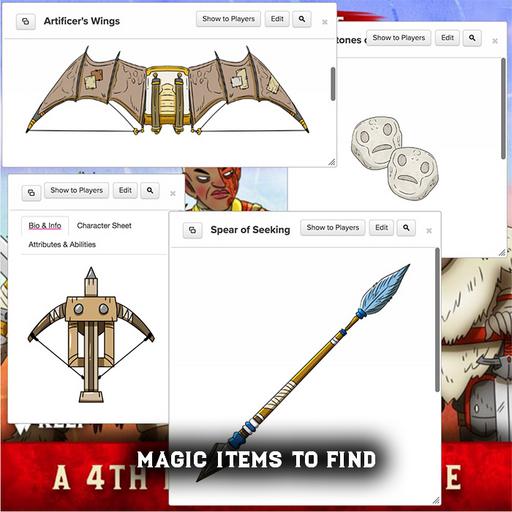 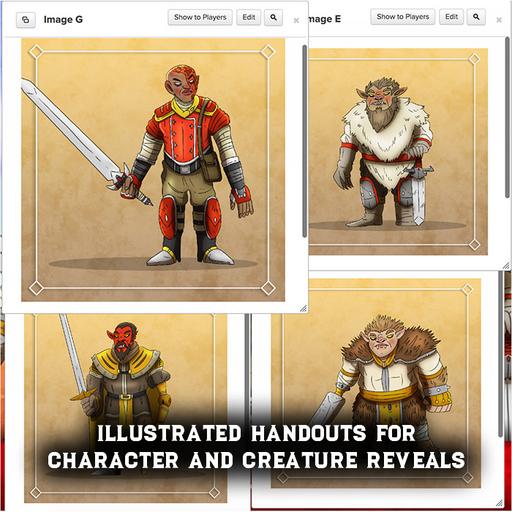 Rage Against the War Machines

Rage Against the War Machine is a Fifth Edition adventure designed and optimized for four players of 4th level. This adventure works well as an large side-quest for players. It is set in an expansive dry desert.

The Valley of Bones is destitute, unfertile, and unforgiving. The only solace in this region comes from four settlements built around a series of freshwater oases. While not the most glamorous of places, citizens of the valley considered their home to be a paradise, far away from the struggles of the coastal cities. The cities here: Ironhaven, Grimehold, Parchmire, and Grift see a wealth of travelers, whether those lost in the wilderness or traders seeking passage to the coast. Currently, there is a new visitor to the region who seeks to sunder the peace. Rita Scarbearer, a talented artificer, sees potential in the valley and strives to rule it all as her kingdom. Rita has already amassed a large army of goblinoids who are looking for new land in which to dwell.
Rita Scarbearer was born Anrita Scalin to a poor family of artificers. Her mother and father were commissioned to build an artillery cannon for a powerful lord and the Scalins looked at this opportunity as a sign of good fortune. They believed this military contract could lead them to greatness and wealth in society. Rather than riches upon completion of the cannon, the Lord tried to have the Scalin family murdered to ensure that his weapon could not be duplicated. The Scalins managed to flee their city but after that day they were never the same. Rita’s mother blamed her father for their misfortune and left the family, leaving Rita to wade in the bitterness of her father. By the time she came of age, Rita was brimming with hatred and wanted revenge against the lord who ruined her family.
Her father had the same sentiment and made his attempt to kill the lord with a dagger, but was cut down before he could execute him. Rita eventually finished the job using a fire bomb hidden in an ornate jewel case, its explosion killed the lord and everyone else in his manor. Rita was pleased with her success, but vengeance did not bring her peace and so she set out searching for a new cause.
This journey took her to the savage lands of Vere where she witnessed legions of humans and goblinoids fighting for power and resources. During this time she hatched an idea to build a kingdom of her own and vowed to do it using massive impenetrable war machines. Over time Rita spread her idea of conquest with science throughout the land of Vere. These ideas eventually won over a legion of goblinoids who wished for more bloodshed and riches. This legion eventually became known as the Iron Hands, who aided Rita in the construction of four massive siege engines.

Install this Add-On via the dropdown menu in the Game Addons section of the Game Details Page. Select Rage Against the War Machines below and click on the blue Add to Game button beside the drop down menu.
For more adventures from Kraven’s Keep head over to our Roll20 Marketplace