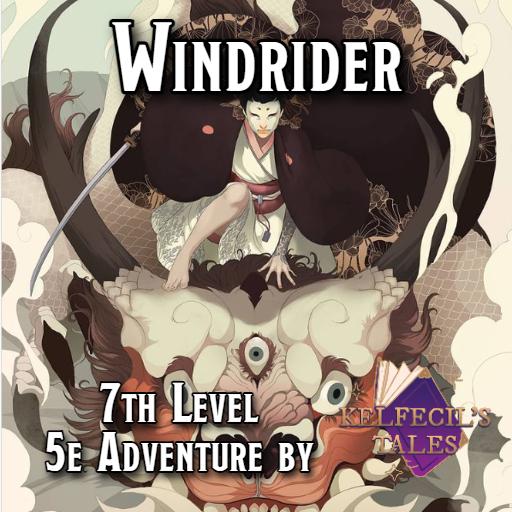 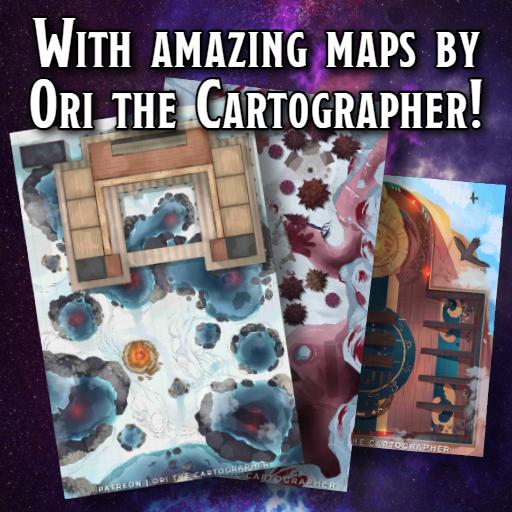 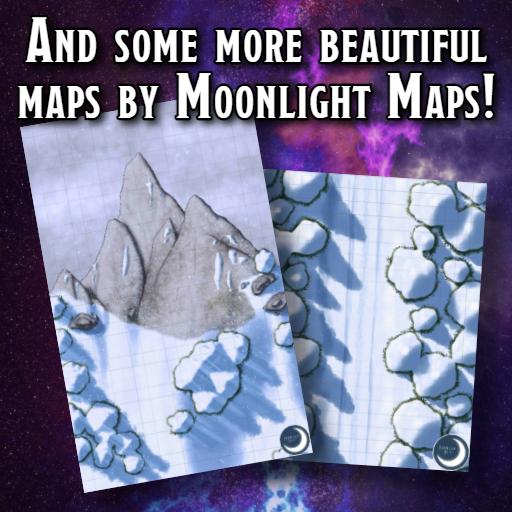 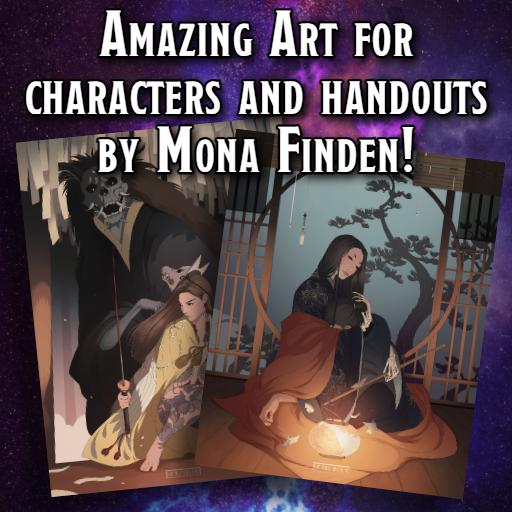 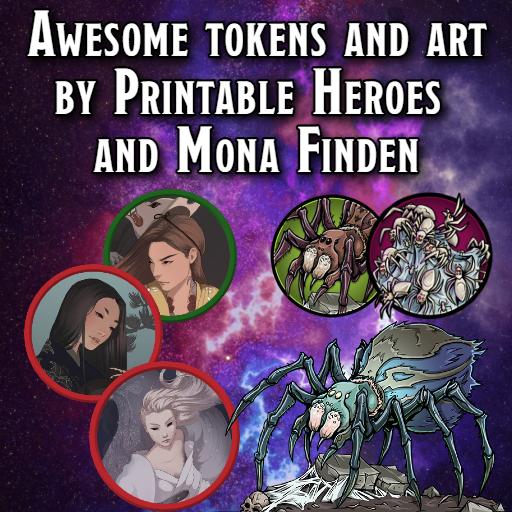 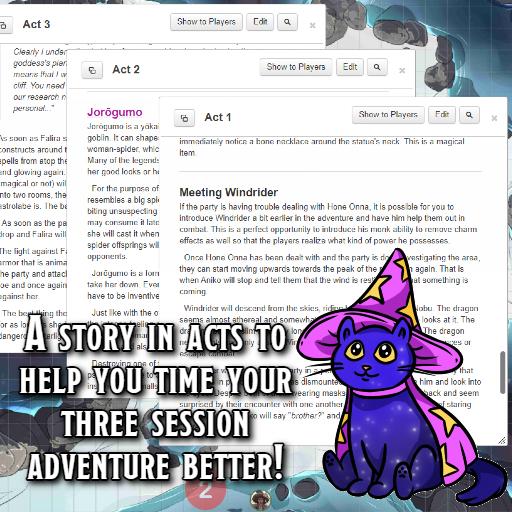 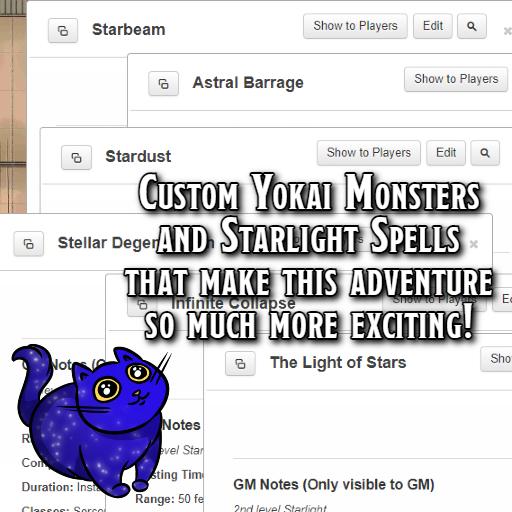 Price: $11.99
Sign In
This Game Addon is available in the following bundles

Join Aniko and Windrider as they fight against Yokai, monsters of Japanese folklore, in their quest to find an ancient shrine of their mother, the goddess of the winds!

Windrider is a Fifth Edition adventure for a party at level 7. This adventure can be adapted to your own campaign, run it as its own three-sessions worth adventure, or be part of the campaign setting that connects everything made by Kelfecil's Tales.

She could not stop thinking about it. The path was right there and yet she had not found anyone to accompany her in her journey. A whole week had passed and dozens of adventurers stopped by the inn to rest and yet Aniko had not been able to convince a single one of them to join her in her quest. She always thought that all you needed to do to get help in the realm was offer some coin or the promise of magical loot and then people would line up to accept your quest.

Her mission though, was different than your average hack and slash extravaganza that most would ask for this amount of coin. Aniko wished to pass through the mystical veil that she had found at the foot of the nearby mountain and for that, she needed help. She knew little of what dangers awaited her beyond the veil, but she knew she was ready to face them. Apparently, no amount of coin could convince even the most daring of adventurers to go blindly where others have not.

Mystical veils you see, appear very rarely in the land of mortals. Legends say they are the machinations of the gods themselves and they usually lead to trouble. All Aniko knew about it, was based on the information she had gathered in her journey. She knew this veil would be the door that would lead her to wherever an ancient shrine to the wind goddess was hidden. An ancient shrine to her mother.

The ancient shrine that Aniko sought, has been shrouded from the rest of the world for hundreds of years. A shrine so ancient would be extremely powerful and of great use to any spellcaster that knows how to manipulate its powers. Aniko needed to find it for a somewhat different reason though. Aniko had been wandering the realm when she suddenly realized that she could no longer contact her mother. Despite her continuous efforts to find out what had happened, it became more and more dangerous for her to reveal her identity and purpose. Magical creatures would hunt her down wherever she went as if they were agents of some evil organization that wanted to harm her.

Little did Aniko know that the Djinni had conspired to capture and use her as a bargaining chip against her own mother in order to solidify their complete reign in the elemental plane of air. Powerful magi who resided in the plane of Air had cast a powerful spell that prohibited Aniko from contacting or reaching her mother in any way. The wind goddess was oblivious to all this since she had been busy attending to all sorts of matters ever since her glorious return to the plane.

Aniko knew, however, that the shrine could give her enough strength to find her mother, wherever she may be. She worried, but she was also sure she would succeed. It was only a matter of time. Favorable winds would come her way and she would find companions to aid her in her heroic quest.

About this One-Shot Addon

This package includes the following resources:

This adventure can be played at any level by adjusting the number of monsters in it as well as their behavior. It has been made with Roll20 in mind and can therefore run very smoothly on this Virtual TableTop.

As a Kelfecil's Tales adventure, you can expect the following:

Install this Add-On via the dropdown menu in the Game Addons section of the Game Details Page. Select The Windrider and click on the blue Add to Game button beside the drop-down menu.

If you encounter any bugs or technical issues with this adventure or any of Kelfecil's Tales' adventures on Roll20, visit our Bug Report Page and let us know!