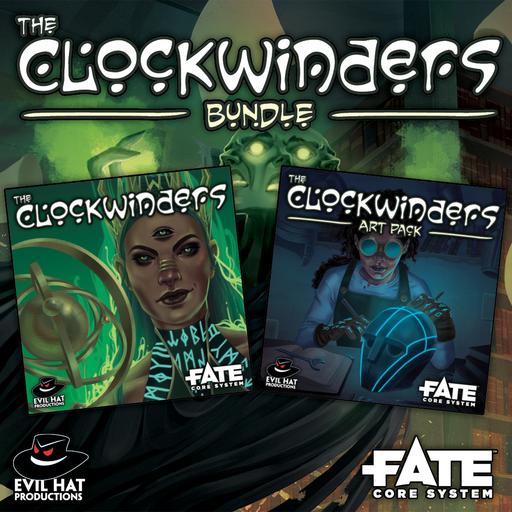 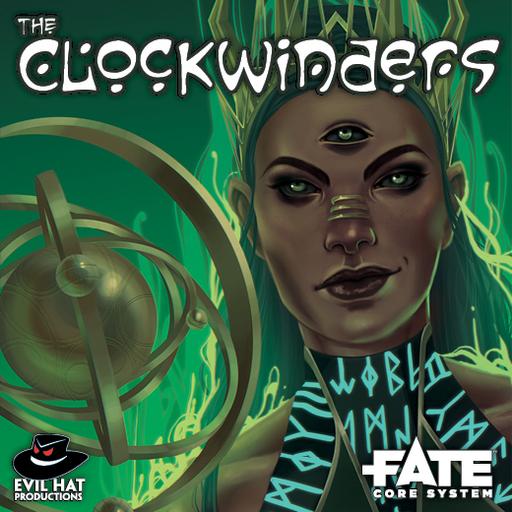 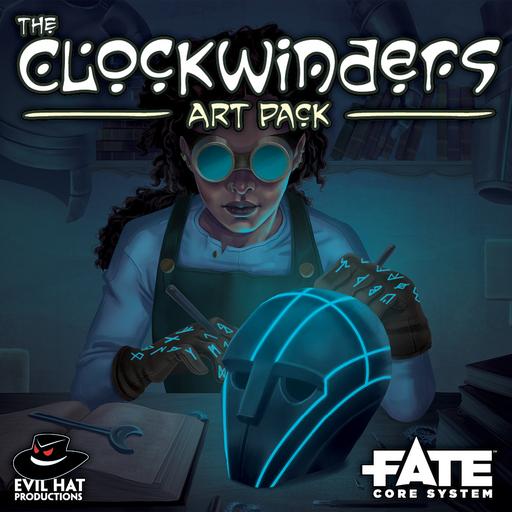 The world is broken, and its clocks with it.

The Clockwinders are an organization charged with maintaining Cadvini’s movement cores—powerful, ancient artifacts that lock the world’s rotation in place, allowing for a temperate zone where society can flourish. But the cores have begun to fail, bringing the threat of fire, frost, and Fey with them.

As one of the Clockwinders, you will journey across the face of Cadvini, through aether-tained ruins and by barely-functional rail, to restore the clockwork order of the world before it is too late. Will you persevere, or fall to the machinations of the Fey? Find out in The Clockwinders, a Fate World of Adventure by Jahmal Brown.

The Fate Core rules, needed for play, are available in several ebook formats as pay-what-you-want here, free from the Fate SRD, or as a Roll20 compendium here.