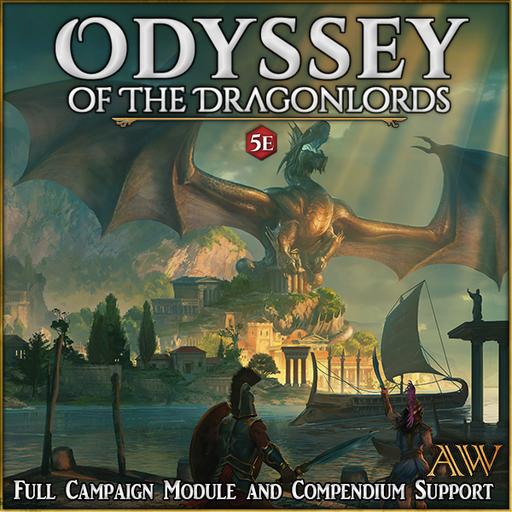 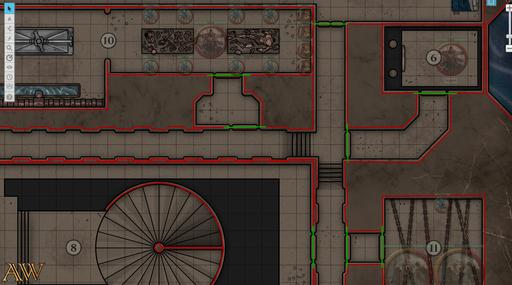 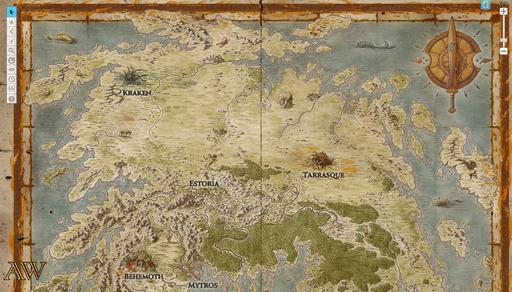 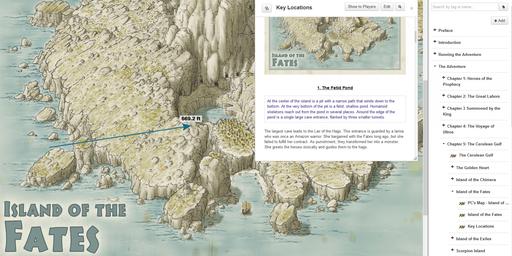 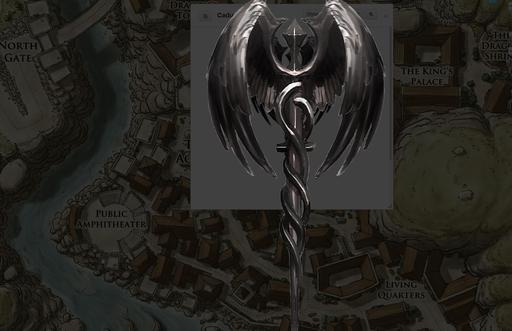 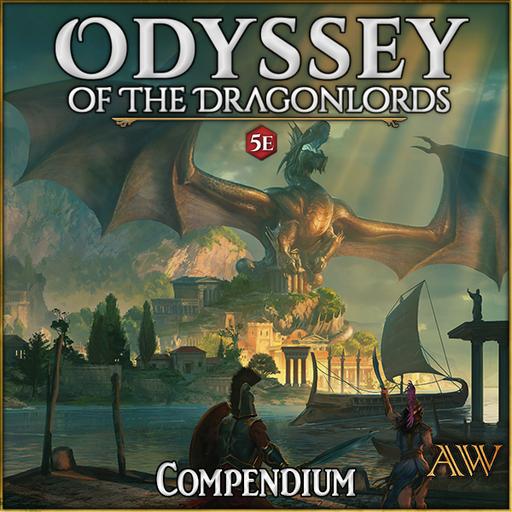 Odyssey of the Dragonlords Compendium 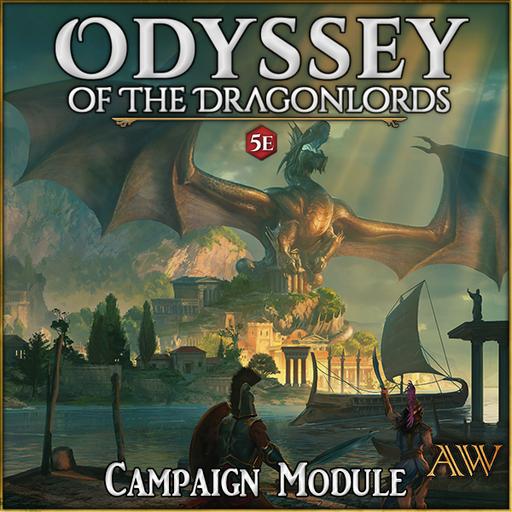 Odyssey of the Dragonlords Module 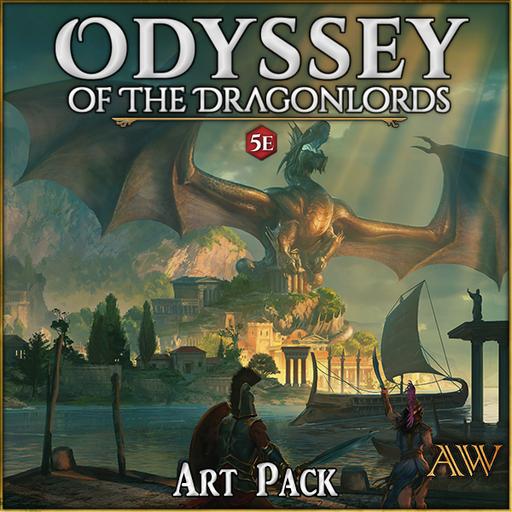 Odyssey of the Dragonlords Art Pack

In a land where even the gods are bound by oaths and prophecies...

At the dawn of time, a war between the gods and Titans left the world of Thylea forever changed. Thousands of years later, the first mortals arrived, carried by ship and dragon.

The Dragonlords were the champions who overthrew the Titans 500 years ago and forged the Oath of Peace. But the power of the Oath has waned, and now the Titans seek vengeance.

You are one of the heroes called by prophecy to end the conflict once and for all. Poets will sing of your deeds for centuries to come... if you survive.

From the lead designer of Baldur's Gate, Dragon Age: Origins, and Star Wars: Knights of the Old Republic...

Odyssey of the Dragonlords is an epic adventure book, packed full of full-color maps and illustrations, all converted to Roll20 and enhanced by Roll20's greatest features. Our goal was to create an adventure that you can be proud to place alongside the official 5th Edition adventure books on your virtual bookshelf.

What is included in this Bundle?

Enhanced by Two of Roll20's Greatest features, the Compendium and Charactermancer!

Ending Level: 15 with epic level quests that can take your players up to Level 20!

To create a new game based off of the Odyssey of the Dragonlords module, click on the Start New Game option from the site menu. The column on the right hand side of the page is titled Optional: Choose a Module. Underneath this are thumbnail tiles for all the various Roll20 modules that are available. For the ones you have purchased, mousing over the thumbnail will make a check mark icon appear over the thumbnail tile. Clicking on the tile will select this module to be used as the base for this new game.

You can access the Odyssey of the Dragonlords book content in the in-app compendium, as well as on the Roll20 web compendium.

You can access the Odyssey of the Dragonlords Character Pack, including all unique Tokens and Maps from the adventure under the Premium Assets section of the Art Library in-app. These assets are only available for in-app use.

This Campaign uses the official D&D 5e by Roll20 sheet.