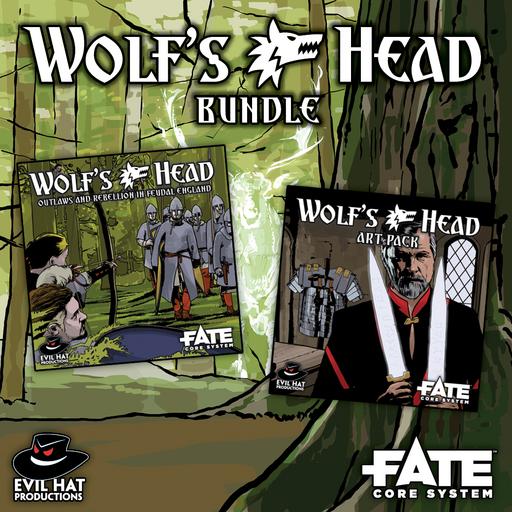 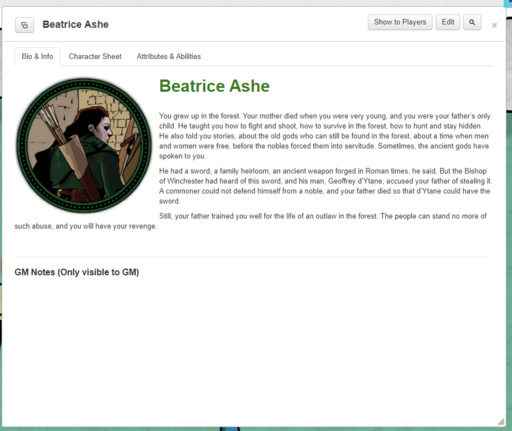 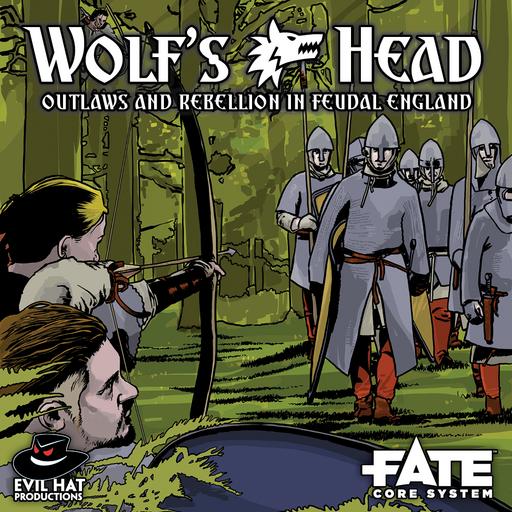 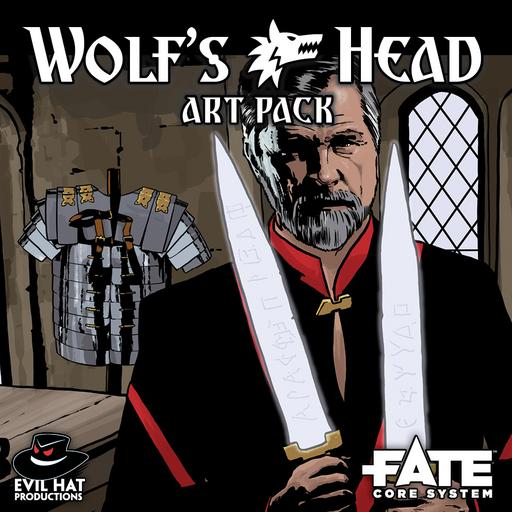 Feudal England is a cruel and unfair place. The commoners labour all their lives for the benefit of knights and lords to feast and fight. Most commoners aren’t even allowed to leave the land allotted to them. When there is a foreign war, another punitive tax comes along, and whole villages are burned for not paying. And for the most part, the people duck their heads, take cover, and hope it doesn’t happen to them.

But not you. You’ve had enough, and snapped, defying the local lord. You’re now a criminal—a wolf’s head—in the name of the law, and labelled a bandit or worse. An outlaw, driven to the fringes, forever on the run.

On the run… but not alone. There are others who think like you, and together you’re more than just bandits. You’re rebels, fighting for the common people, doing what you can to help them while spitting in the eyes of the nobility.

Can you and your not-so-merry band rise up and win the day? Find out in Wolf’s Head, a new Fate World of Adventure in the spirit of Robin Hood from Paul Mitchener.