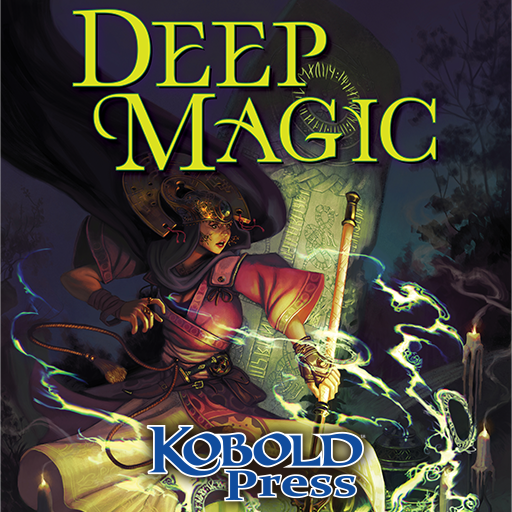 Deep Magic is the ultimate sourcebook for new and variant magic in any fantasy setting, offering over 300 full-color pages. Those pages feature:

Deep Magic starts by compiling almost every spell published in the Deep Magic series for 5th Edition in the last few years (yes, we did cut a few stinkers!). Better still, this volume updates and expands these spells, to include clarifying errata and revised versions based on player feedback, to improve language, and to update some of the earliest ones to make better use of 5th Edition language and formatting.