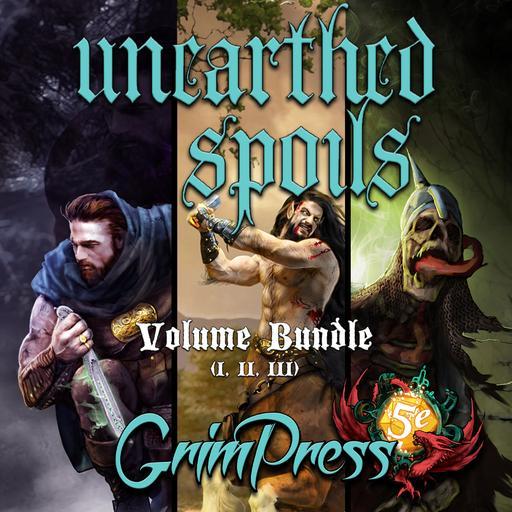 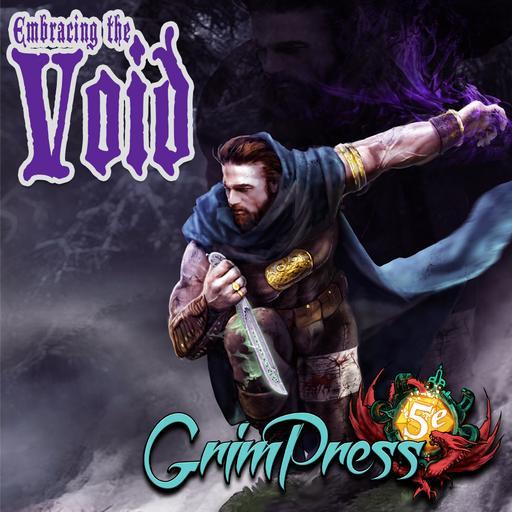 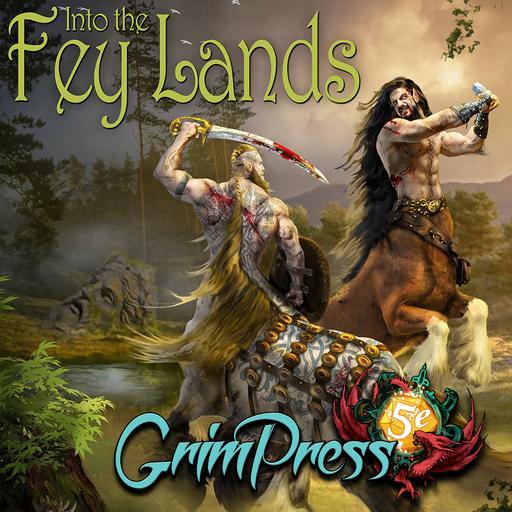 Into the Fey Lands 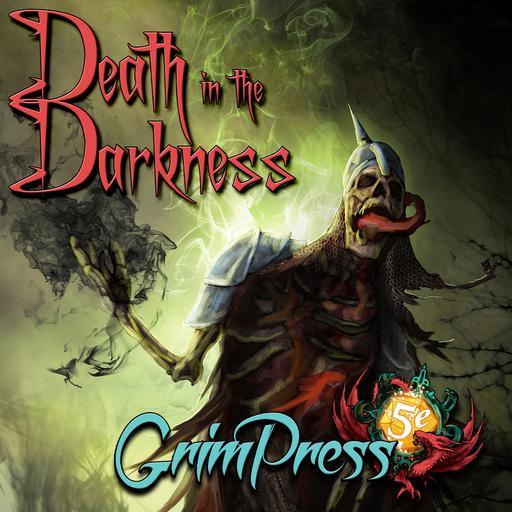 Death in the Darkness

Purchase volumes I, II, and III of our Unearthed Spoils Digital Magazine at a discount!

In this bundle, you'll receive:

Embracing the Void:
• MAGIC ITEMS - There is little that the Void's grasp can't influence, these seven Magic Items included, each with unique art.
• ARCHETYPES - Those who have embraced the Void have shaped the power gained there into formidable weapons; both steel and eldritch alike. Explore new archetypes for the Ranger, Rogue, and Warlock. Player templates have been included to help players popular their character sheets.
• MAGICAL SPELLS - The Void is a realm of flowing energies, open to many spell wielders. Ten new spells are sure to give your campaigns a touch of the unknown.
• GM VARIANT RULE: INSANITY - The Void has driven many brave adventurers to the brink of insanity. Now, Game Masters have new rules to utilize.
• MONSTERS - A host of monsters that can be found in the Void. Eight new beasties are ready to assault adventurers that stray too far from safety. Each monster has a NPC sheet and monster token.
• SHORT ADVENTURE - Birth of The Dark Tree is a short adventure that is intended to be run as a one-shot or can be dropped into a long-running campaign. This adventure include a battlemap with dynamic line of sight.

Into the Fey Lands:
• MAGIC ITEMS – Magic is teeming in the Fey Lands, and has infused these sixteen new Magic Items.
• ANCESTRIES – Centaurs roam the Fey Lands. These nomadic beings are always on the move, in search of excitement to satisfy their curiosity and satiate their appetites.
• ARCHETYPES – Those who call the Fey Lands home are bestowed enchanting gifts. Explore new archetypes for the Fighter and Sorcerer, with Roll20 player templates.
• MAGICAL SPELLS – The Fey Lands are host to many foreign magics. Ten new spells are sure to give your campaigns a bit of added excitement.
• GM VARIANT RULE: UNSTABLE MAGIC – Magic works differently in fey-inspired lands. Enjoy a d100 table to add in a touch of unpredictability to your campaign.
• ENCOUNTER MAPS – 3 battlemaps with 3 additional variants (6 maps total) have been included to explore the Fey Lands, including LoS.

Death in the Darkness:
• MAGIC ITEM SET – Rumors speak about the Sanguis Lord's power, but the true strength is found when you've acquired all four pieces of this unique item set.
• MAGICAL SPELLS – Creeping from the darkness, these eight spells are sure to haunt your adventures.
• GM VARIANT RULE: UNDEAD TRAITS – Mundane skeletons and zombies are boring, so let's spice them up a touch! These variant rules will introduce some unique qualities to help keep your players on their toes.
• GHOULISH BESTIARY – Fourteen new creatures are ready to shamble into your campaign, including a template to create rot dragons from the corpses of fallen remains.
• UNDEAD ENCOUNTER – A short undead encounter that can be dropped into any campaign, complete with a battlemap depicting a small settlement besieged by an undead army (including Dynamic LoS).